Now COVID-free, Carlota Ciganda (70) in mix at Drive On Championship 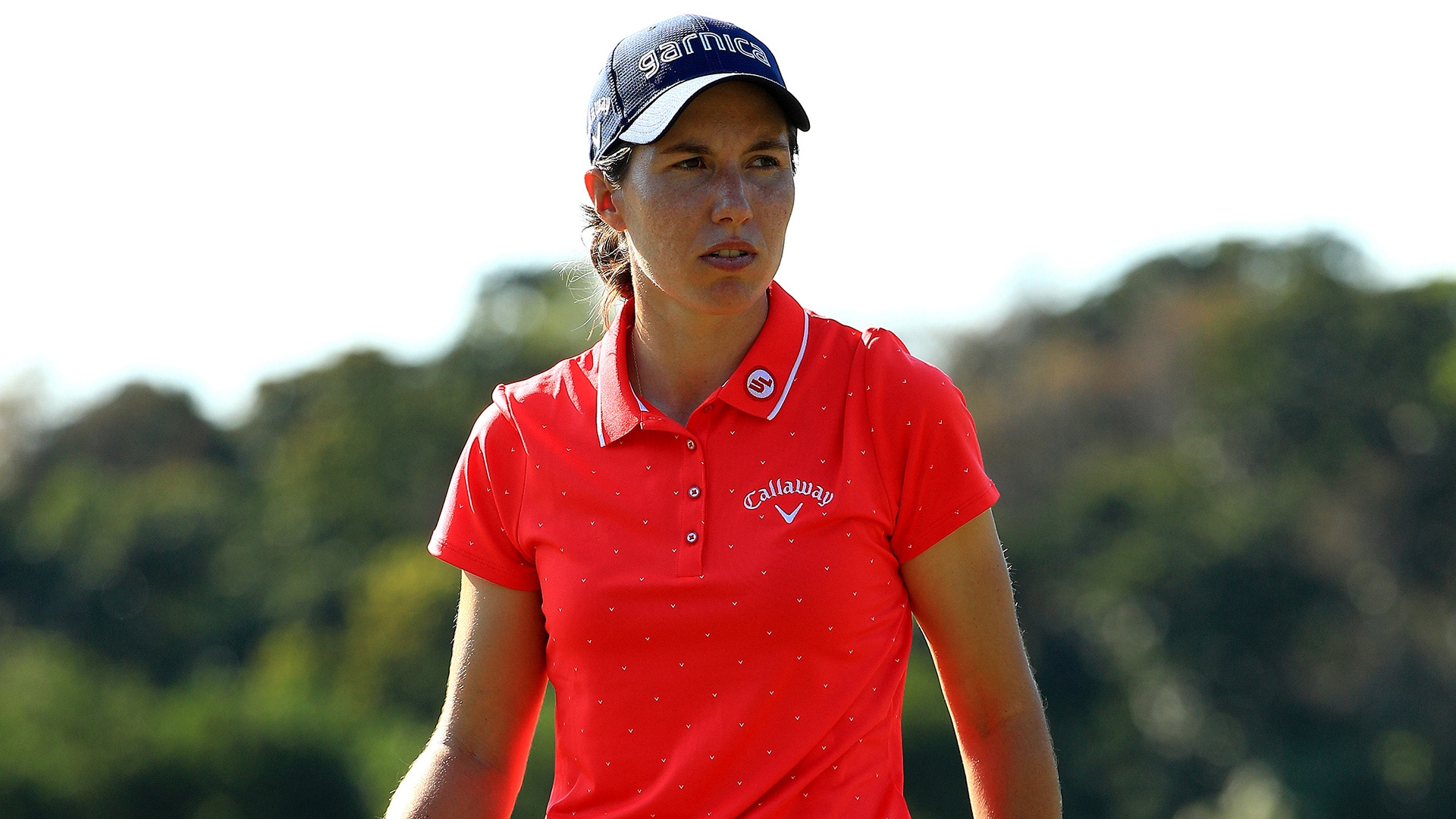 Carlota Ciganda is yet another LPGA pro who has tested positive for COVID-19, but she’s thankful her ordeal is out of the way as she bids to win the Drive On Championship this weekend.

About six weeks ago or so, Ciganda felt sick, with a fever and muscle aches. The Spaniard was diagnosed with COVID-19 while at her American home in Arizona.

She went through two weeks of quarantine and a series of tests before being cleared to play. She estimates she tested positive three or four times before finally returning negative tests.

“After 10 days, I was feeling fine,” Ciganda said.

But she adhered to CDC guidelines and LPGA protocols and even took extra precautions.

“I’ve been fine for almost three weeks now,” she said. “I feel good and excited to be here and playing again.”

Ciganda posted a 2-under 70, leaving her four shots behind the leader, Danielle Kang.

Ciganda was asked if her doctors knew if she could contract the virus again.

“I don’t think they know for sure,” she said. “I think I should have antibodies for at least a couple months, but to be honest, I don’t know. I didn’t even get that test done. So, I don’t know if I have them. I hope I have some, so that way it will be tougher to get it again.”

“I’m still very careful, keeping the distant. I’ve been washing my hands all the time and just not going anywhere, just from here to the hotel, getting some food. You have to be careful, especially to keep everyone healthy and to keep playing.”

Marina Alex and Gaby Lopez were withdrawn from this week’s event, with Alex testing positive in a pre-travel text last week and Lopez in a pre-tournament test on site this week.