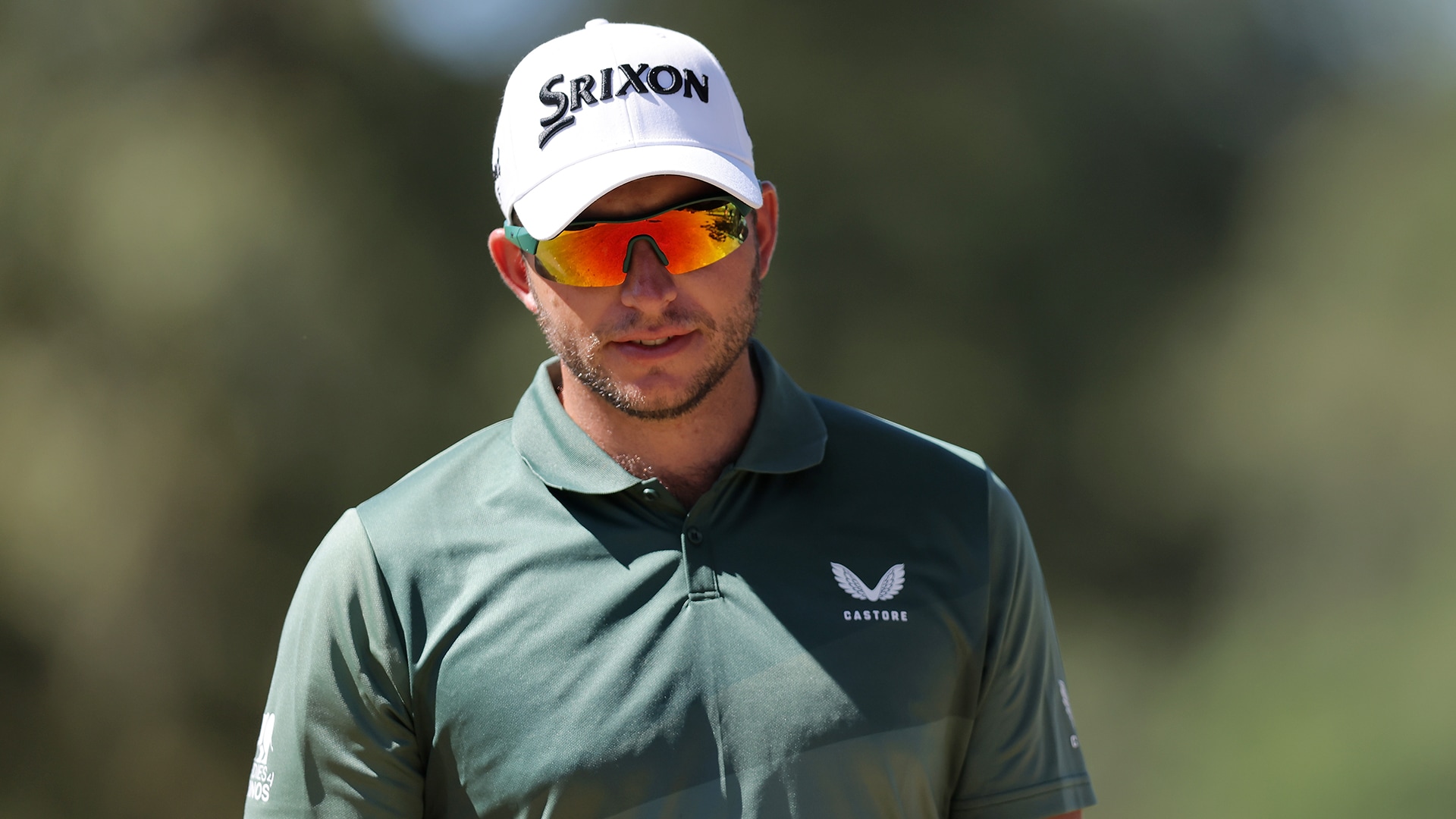 PGA Tour fans are going to be seeing a lot of “Mean Dean” this fall – and likely next year as well.

Dean Burmester, the 33-year-old rookie from Bloemfontein, South Africa, earned his Tour card via this year’s Korn Ferry Tour Finals after spending most of his career competing on the DP World Tour and Sunshine Tour, where he has won a combined 10 times.

Now, though, it’s time to put down roots in the U.S.

“I’m going to support the Tour,” Burmester said Sunday after finishing solo fourth at the Sanderson Farms Championship in his Tour debut as a member. “They’ve been so good to me, so I’m going to try and plan a schedule next year as best I can, but I know that this re-rank coming [out of] RSM is really important for my category, so this year I’ve got to prioritize the PGA Tour and play out here and do the best I can.”

Burmester’s upcoming schedule will include starts at next week’s Shriners Open in Las Vegas and later a four-week stretch starting in Bermuda and ending in St. Simons Island, Georgia, for the fall finale, the RSM Classic. The South African is not in fields for the Zozo Championship and CJ Cup later this month, so he’ll head home to South Africa for his son’s first birthday.

The re-rank Burmester speaks of is the re-shuffle that most all the Korn Ferry Tour graduates are subject to. In simple terms, if he plays well this fall – which he’s off to a great start – he will move up from his initial spot of No. 13 on the priority list within that category and be able to get into more events once the season resumes in January.

Burmester’s commitment to the Tour means that come the new year, he will move his family to Florida in anticipation of a full season in the U.S.

Ultimately, this is the position he wants to be in.

“I’m like pretty much everybody else my age and younger; everyone grew up watching Tiger winning amazing historic events on the PGA Tour, and I want to come out here and try and put my name next to his on some of those trophies. It’s pretty simple,” said Burmester, who prior to this week had made just three regular Tour starts in his career, two coming last season. “When I got the call up and I knew I had enough points to get to the Korn Ferry finals, it was a no-brainer. I know other guys who have gone through. Christiaan Bezuidenhout, we share the same coach, and he guided me through exactly how to play those golf courses, and the plan worked, and we played great and finished sixth on the list, which gets me into pretty much all the [fall] events, outside of the short fields, and gives me a really good chance before the re-rank.

“Everything has kind of panned out, and the timing couldn’t be better with the relationship of the PGA Tour and the DP World Tour, and gives me a little bit of freedom, and I can just go out there and free-wheel it and play the best I can.”