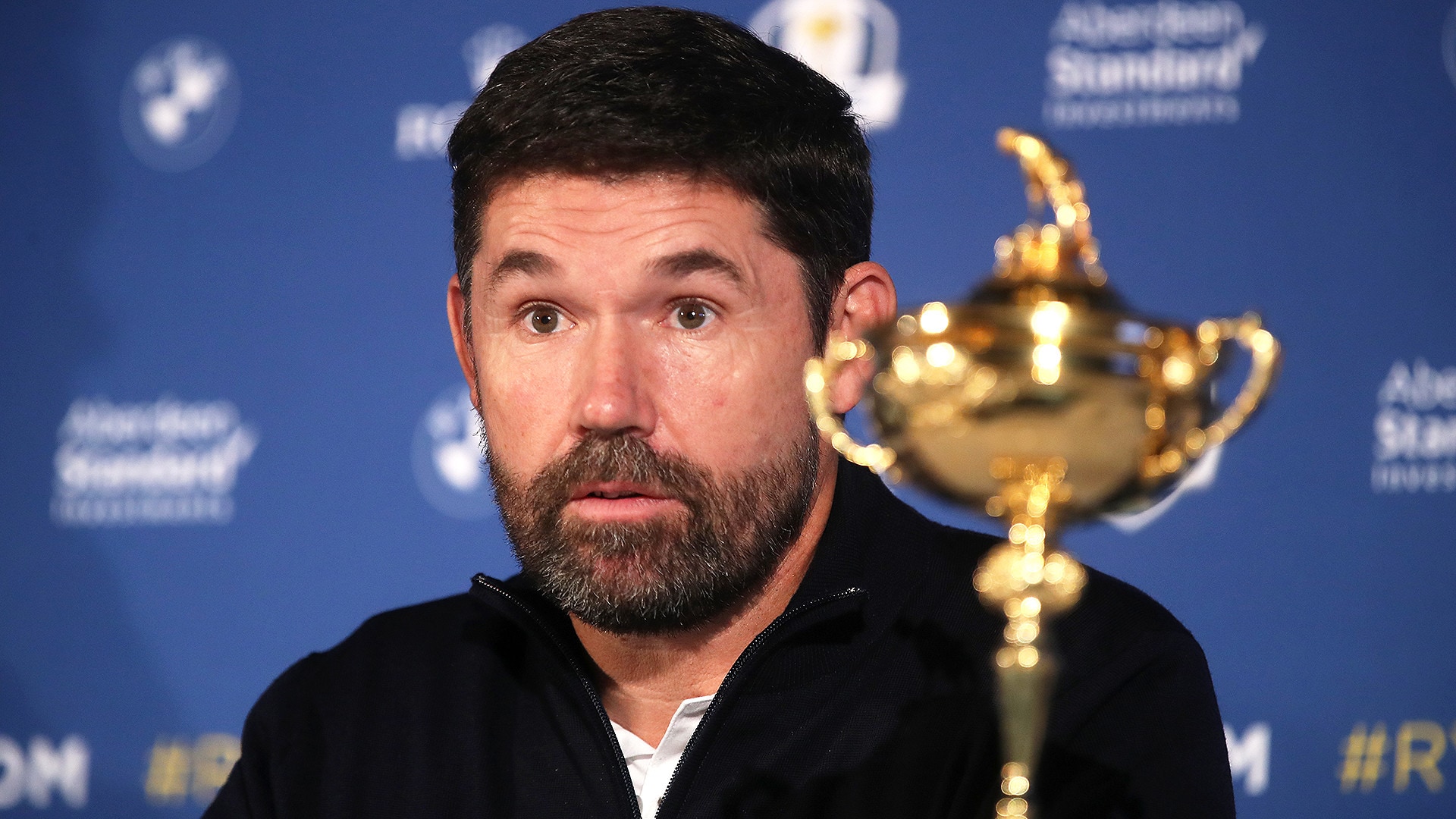 
Earlier this month Padraig Harrington shared that he would prefer to field a team of 12 captain’s picks at Whistling Straits than postpone the Ryder Cup matches because of the COVID-19 pandemic. But according to the European skipper, that first option is now off the table.

Harrington is five months away from leading the European squad in Wisconsin, but questions remain about whether fans will be allowed to attend the matches this fall, or even if they’ll be played at all. The Irishman spoke to The (U.K.) Times and discussed a variety of scenarios, but he added that recent conversations with PGA of America and European Tour officials have eliminated the possibility of Harrington and U.S. captain Steve Stricker hand-picking their squads with the qualification process now in turmoil.

“I can tell you there is no scenario where I get 12 picks,” Harrington said.

The current qualification guidelines call for nine automatic European qualifiers and three picks from Harrington, while Stricker gets four picks to add to eight automatic U.S. qualifiers. According to the report, “one plan” exists where Harrington would receive an additional fourth pick.

If the Ryder Cup qualification process is unraveling, why have one at all? Put the onus Steve Stricker and Padraig Harrington to pick their 12.

But that might not be enough to field a European squad that resembles recent Ryder Cups, with several qualifying tournaments now lost to the coronavirus. Would-be rookies like Victor Perez and Bernd Wiesberger were in position to qualify automatically when global competition was halted last month, while European veterans like Justin Rose, Paul Casey, Henrik Stenson, Francesco Molinari, Sergio Garcia, and Lee Westwood are all currently on the outside looking in, as is reigning Open champion Shane Lowry.

Regardless of which roster of 12 Harrington takes with him to Whistling Straits, the three-time major champ is confident that his European squad would embrace whatever scenario came to pass if the tournament were held this fall, even if the matches were conducted without fans present because of the ongoing health crisis.

“They’d be playing for pride and for Europe on TV – it would be a big deal,” Harrington said. “I think we all understand our place in the world a bit more, but if it was played behind closed doors it would not pose any problem for the players.”