↓ Skip to Main Content
Home › Blog › Paired with Jordan Spieth in final round, Tony Romo happy to help Maridoe cause

Paired with Jordan Spieth in final round, Tony Romo happy to help Maridoe cause 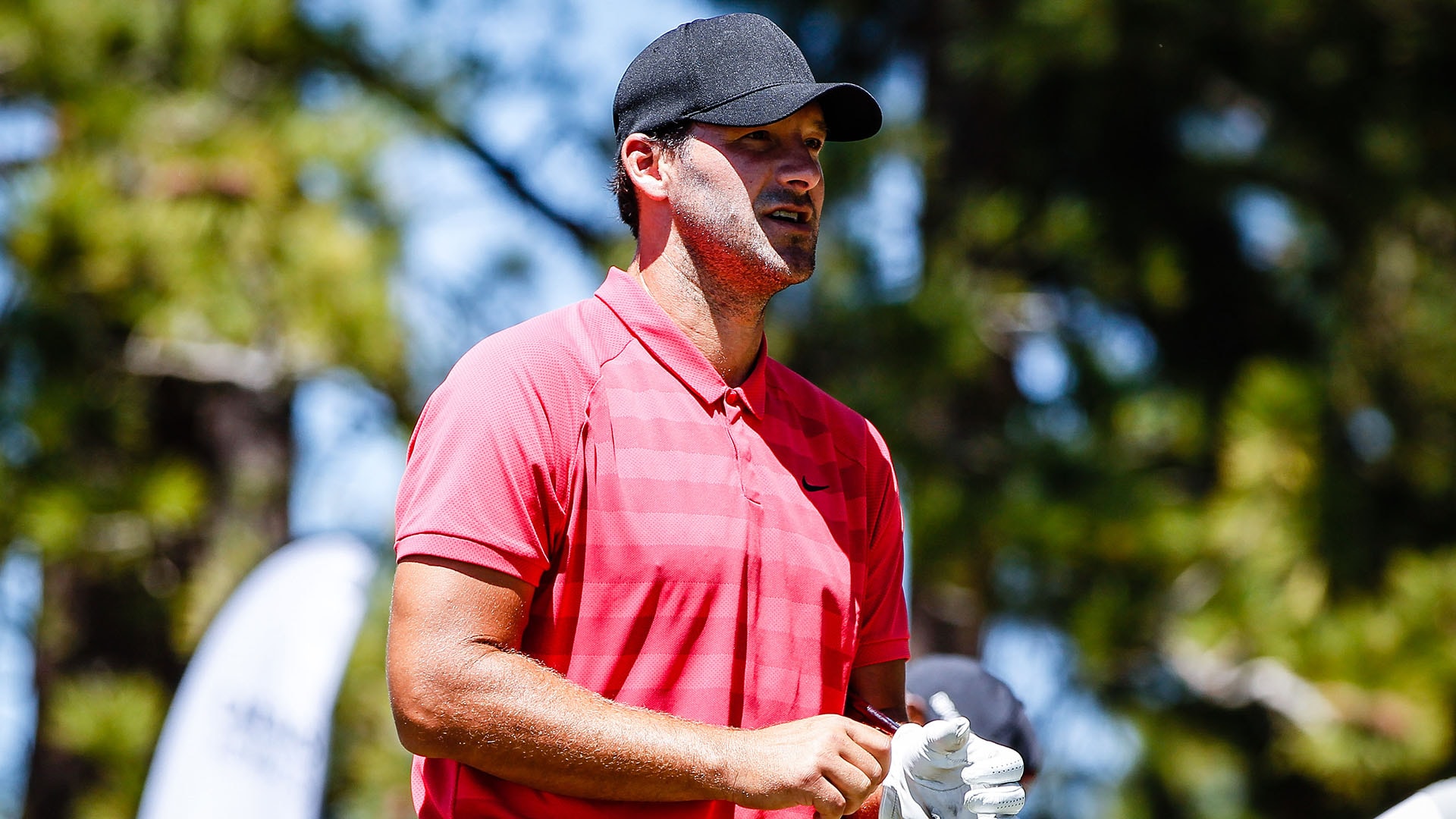 From NFL quarterback to television analyst to amateur golfer to … math teacher?

With schools transitioning to distance learning during this coronavirus pandemic, Tony Romo has added home-schooling to his repertoire as he teaches his sons, Hawkins and Rivers, both in grade school.

“My best subject is definitely math,” Romo told GolfChannel.com. “That is, until they get too smart; then it’s mom’s turn.”

“Pretty much everything else,” Romo said.

Mr. Romo has needed a substitute teacher for a few days this week as he competes in a fundraising tournament at his home club, Maridoe Golf Club in Carrollton, Texas. The Maridoe Samaritan Fund Invitational was created to raise money for the club’s caddies, who have been out of work since late March.

For Romo, this week’s event has been less about making a statement – the 54-hole event, which features several PGA Tour pros and top amateurs, is the first golf tournament to be played in Texas since the shutdown – and more about giving back. All entry fees ($250 each) will be donated to the caddies while some players have chipped in more.

“I think more than anything, you’re trying to do good for some small causes,” Romo said. “Everyone in our position has helped out in a lot of different ways and it’s great just to see. The fact that it’s here, it’s local and it’s home, it’s just something that as soon as they were doing it, obviously I wanted to help out. Hopefully you’ll see stuff will slowly start to come back and people will be safe and those people who have been in trouble during this, hopefully we’ve been able to help in a small way.”

Romo then added: “You also get a chance to dust off the clubs and go out and shoot some average scores on a tough golf course.”

He was referring to his 78-80 start, which has him tied for 37th in the 51-player field. But like Romo said, scores don’t really matter this week. With the PGA Tour not set to return until mid-June at nearby Colonial, golf fans around the world have whet their appetites by keeping tabs on live scoring.

“You see how society and Americans have come together with social distancing and kept themselves inside … and that’s incredible, but I think at the same time, people also want to have the ability to see some semblance of real life,” Romo said. “This hopefully helps makes people feel excited about moving forward.”

Asked if Spieth will bring some trash-talk after Romo’s first two days, Romo responded: “If he’s there, I’m sure he will.”