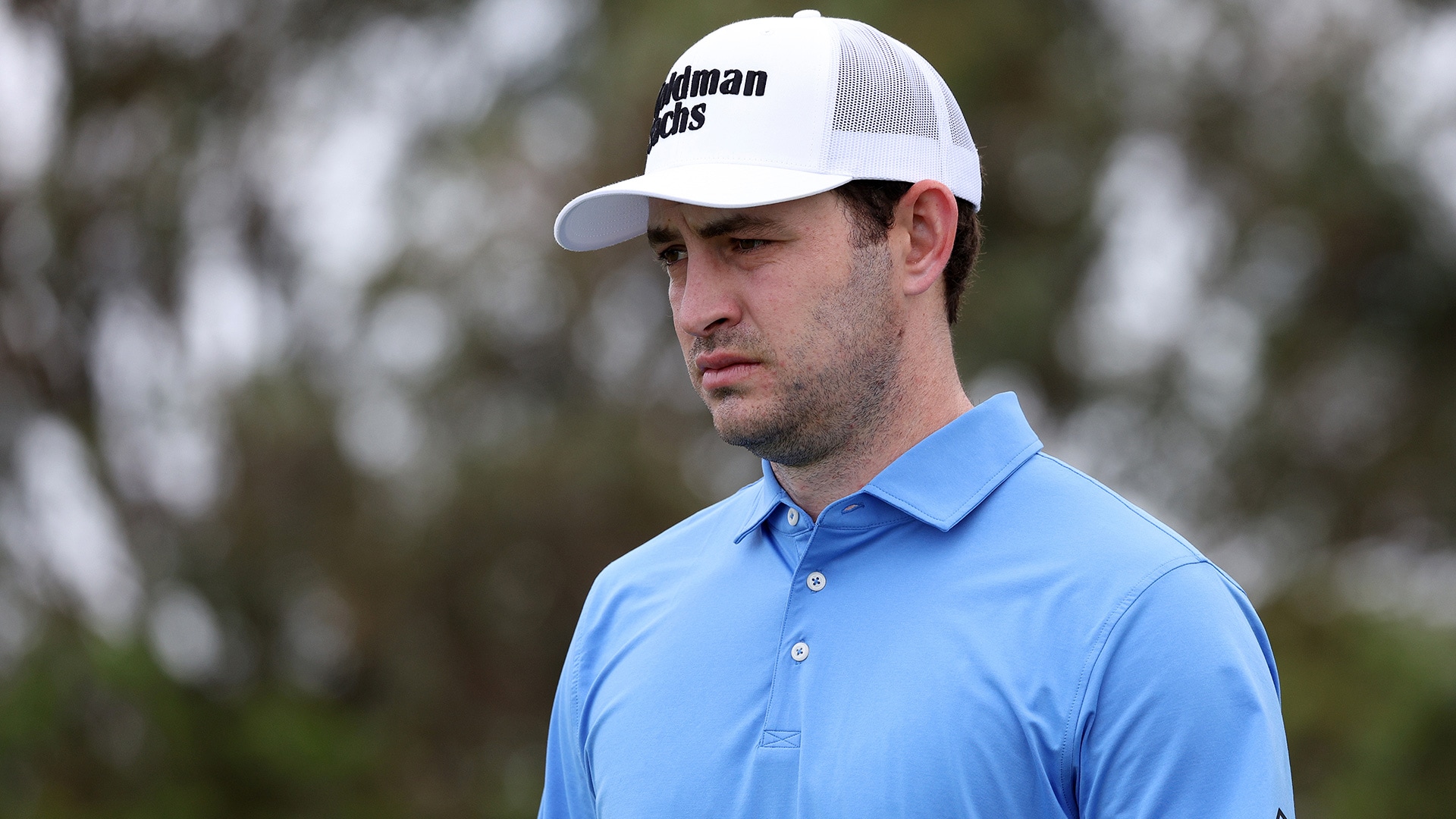 Patrick Cantlay will look a bit different when he competes this week for the first time in three months.

The world No. 4 confirmed ahead of the PGA Tour’s Sentry Tournament of Champions that he is an equipment free agent and has also split with apparel company Hugo Boss.

Cantlay still maintains a relationship with Titleist/FootJoy and will continue to use their shoes, balls and glove, but he is free to use any equipment after failing to come to terms on a new club deal. Cantlay has exclusively used Titleist equipment throughout his career, and this week at Kapalua he has the same set in the bag that he had last fall. The only change is the bag itself – it’s all black and logo-less.

At his pre-tournament press conference, Cantlay, wearing a plain blue shirt with a small logo on the sleeve, also said that he was in the market for a new apparel partner.

What has remained the same, at least, is his stance toward LIV Golf.

Cantlay’s name always seems to surface in rumors regarding the breakaway league – perhaps, he says, because unlike many top players, he hasn’t been unwavering in his commitment to the Tour.

“It’s because I haven’t been too vocal one way or the other,” Cantlay said this week in Hawaii. “So I think that’s probably where it is. Guys, for the most part, seem like they’re pretty polarized on this issue, and I view it as it’s been a competition for top talent, like any other business.

“But I have no plans to do that as of now, which has been my stance basically the whole time.”

Cantlay hasn’t played a competitive round since the Shriners Children’s Open in early October, when he made a triple bogey on the 72nd hole to lose to Tom Kim. Following up his Player of the Year campaign in 2021, Cantlay won once with four other runner-up finishes in 20 worldwide starts last year.

“It’s nice to have a little time off,” he said. “It’s been a good time to recharge the batteries, and now I’m ready to go.”