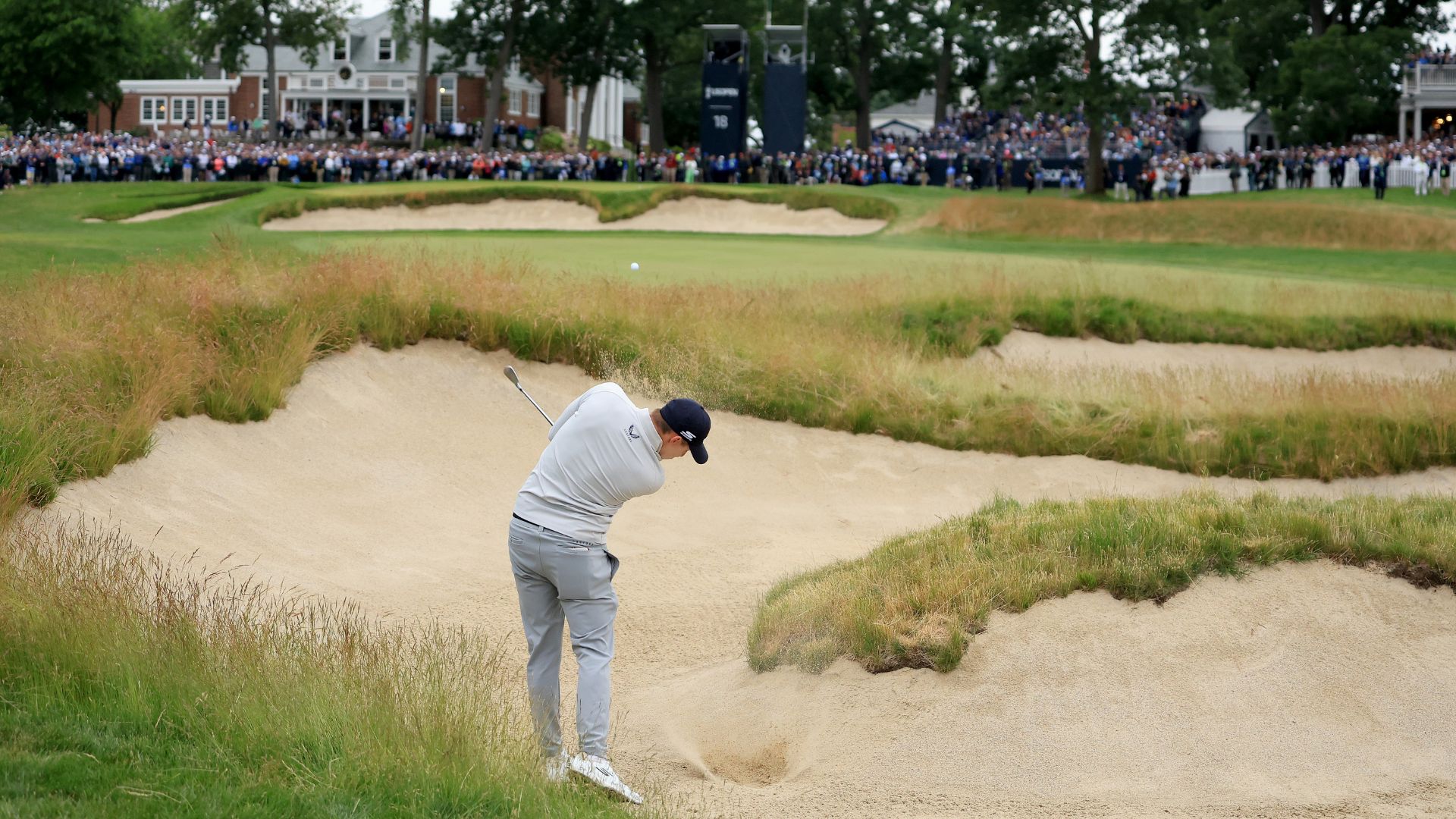 
One swing can go a long way, whether the shot ends up in the water, on the green or in the hole.

One swing cost Mito Pereira his first major championship. It validated the rise of Tom Kim. And for Jordan Spieth, it had observers on the edge of their seats as he stood on the edge of a cliff.

What follows is a year in review on the PGA Tour based on significant shots from all 14 clubs in the bag.

DRIVER: Mito Pereira came to the 18th hole at Southern Hills with a one-shot lead in the PGA Championship, a chance for the Chilean to win his first major and give South America the career Grand Slam. A quick swing sent his drive into the creek, the start of a meltdown that led to a double bogey. Justin Thomas went on to beat Will Zalatoris in a playoff.

3-WOOD: Justin Thomas drove the par-4 17th with a 3-wood in a playoff for birdie and the lead on his way to winning the PGA Championship. The best 3-wood goes to Hideki Matsuyama at the Sony Open, a shot he never saw because the sun was in his eyes. In a sudden-death playoff, he had 277 and laced it to 3 feet for eagle. That was the highlight for the reigning Masters champion, who dealt with injuries the rest of the year.

2-IRON: Tom Kim already captured attention by winning the Wyndham Championship. The 20-year-old really introduced himself in a Saturday afternoon fourballs match at the Presidents Cup. The match was all square. The opponents were Patrick Cantlay and Xander Schauffele. The audience included a trio of U.S. major champions who had finished their matches. He drilled his 2-iron to 10 feet and slammed his cap to the ground when he made the winning putt.

3-IRON: Scottie Scheffler had a four-shot lead in the Masters and reason to be nervous after his tee shot on the 18th hole Saturday headed for the pines. Spotters found the ball. He took a penalty drop. And then with trouble looming, he ripped a 3-iron from 237 yards away off pine straw. The ball landed on the green and rolled just over the back, setting up two putts and a bogey that felt much better.

4-IRON: Rory McIlroy was off to a sluggish start in the DP World Tour Championship and needing to make a move. He birdied the 16th and 17th. And on the par-5 18th, from 237 yards away, he hit 4-iron to 3 feet for eagle and a 68. That sparked him to a 65-68 weekend to finish fourth and capture the DP World Tour Points and the FedExCup in the same season.

5-IRON: Matt Fitzpatrick was tied for the lead with Will Zalatoris when he pushed his drive slightly to the right on matted rough on the 15th hole at The Country Club. From 225 yards away, Fitzpatrick hit 5-iron to 15 feet for a birdie that gave him the lead for good on his way to winning the U.S. Open.

6-IRON: As if going for that first PGA Tour victory wasn’t hard enough, Sepp Straka faced heavy rain on the par-5 18th hole of the Honda Classic. He was tied for the lead when he found the fairway and then hit 6-iron to the heart of the green, setting up a two-putt victory for the win.

7-IRON: Jordan Spieth’s tee shot on the eighth hole of the AT&T Pebble Beach Pro-Am was inches past the red hazard line and about a foot from going over a 60-foot cliff. His caddie tried three times to talk him into taking a penalty drop. Spieth chose to play 7-iron for what he called the most nerve-wracking shot of his life. It was part of a 63. And it was an example of how there’s rarely a dull moment with this guy.

8-IRON: Patrick Cantlay had a one-shot lead on the final hole of the BMW Championship when he drove into a bunker. The ball was above his feet, 158 yards to a pin on a steeply pitched green. He took 8-iron and tried to slice it as hard as he could. It found the green, he two-putted for par and became the first back-to-back winner of the BMW in the FedExCup era.

9-IRON: The toughest test in golf was every bit of that for Matt Fitzpatrick on the final hole of the U.S. Open. He was in a bunker, 156 yards away, a steep lip in his line. Fitzpatrick hit what he calls a “squeezy fade” with a 9-iron to 18 feet that secured his first major.

PITCHING WEDGE: Bubba Watson was one shot inside the cut line at the Masters on Friday when he put his drive in the trees right of the fairway, seemingly no way out. Bubba found a way, hitting a pitching wedge through a tiny gap and onto the green 3 feet away for birdie. Bubba Golf.

GAP WEDGE: Jon Rahm had not made bogey all weekend until his first one on the 12th hole Sunday of the Spanish Open, cutting his lead to two shots. He responded with a gap wedge to 6 feet for birdie that sent him on his way. It was one of three wins this year for Rahm, including national Opens in Mexico and Spain.

LOB WEDGE: Max Homa was one shot behind and in a swale left of the 18th green at the Fortinet Championship. Danny Willett was 4 feet away for birdie with a one-shot lead. Homa used lob wedge to hole out for birdie, and he won when Willett three-putted in the most stunning finish of the year. For Homa, it was another chapter in a year when his game exceeded his social media skills.

PUTTER: Cameron Smith can never be counted out when the putter is in his hand, even when he’s not on the green. He was 40 yards away from the flag on the 17th hole at St. Andrews with a one-shot lead in the British Open. The Road Hole bunker was in the way. He skillfully putted with enough pace around the bunker to 10 feet, made the par and finished with a birdie to win the claret jug.