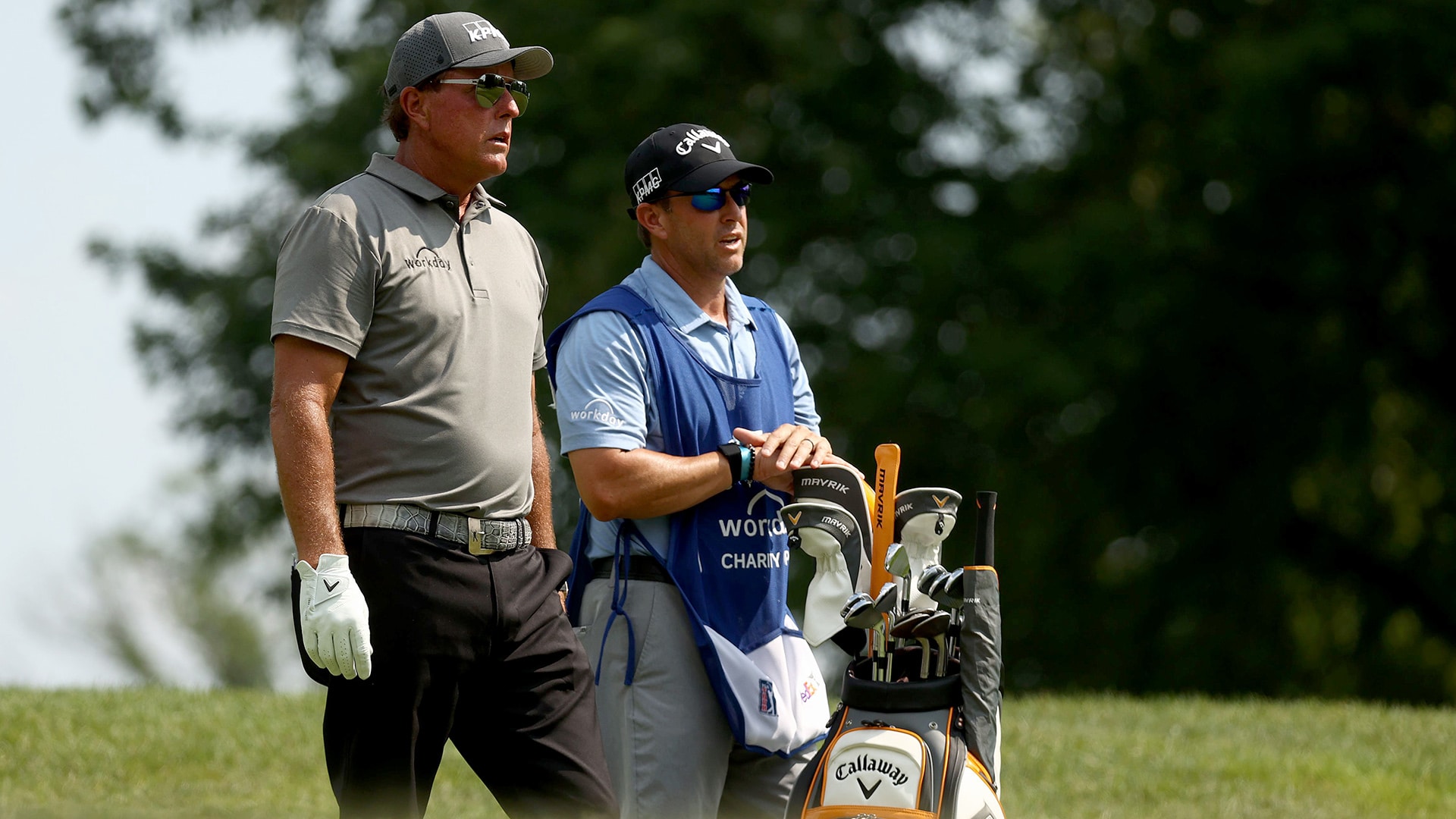 
Everything was clicking for Phil Mickelson. The bombs were landing, the hellacious seeds were being planted, and the putts were falling during the opening round of the Workday Charity Open.

And then he made the turn.

It was a rough transition to the back nine at Muirfield Village for Mickelson, who has been a regular for nearly two decades at the Memorial but rarely saw splits like this: out in 4-under 32, home in 5-over 41. It added up to a 73 that took him from the first page of the leaderboard to the wrong side of the cut line.

Mickelson birdied the opening hole to get his round going in style, then tallied three birdies in a four-hole stretch from Nos. 5-8. He had a 5-foot putt on the ninth green to go to 5 under on the day – but that missed the target and served as a harbinger of things to come.

His back-nine woes began on No. 12, where he couldn’t save par from the sand. Bogeys followed on the next two holes, and the gains of a birdie on No. 15 were quickly wiped away when he rinsed his tee shot on the par-3 16th. That miscue led to a double bogey, and after another bogey on No. 18 he finished the day over par after getting within a shot of the lead hours earlier.

It was a similar story as that of Brooks Koepka, who started on the back side with a 41 and rallied to shoot 33 on his second nine. But both players now have work in front of them simply to stick around for the weekend. For Mickelson, it could be a fourth missed cut in five starts dating back to Riviera in February. His T-24 finish at the Travelers Championship in his most recent start was the first time he completed 72 holes since the AT&T Pebble Beach Pro-Am more than five months ago.