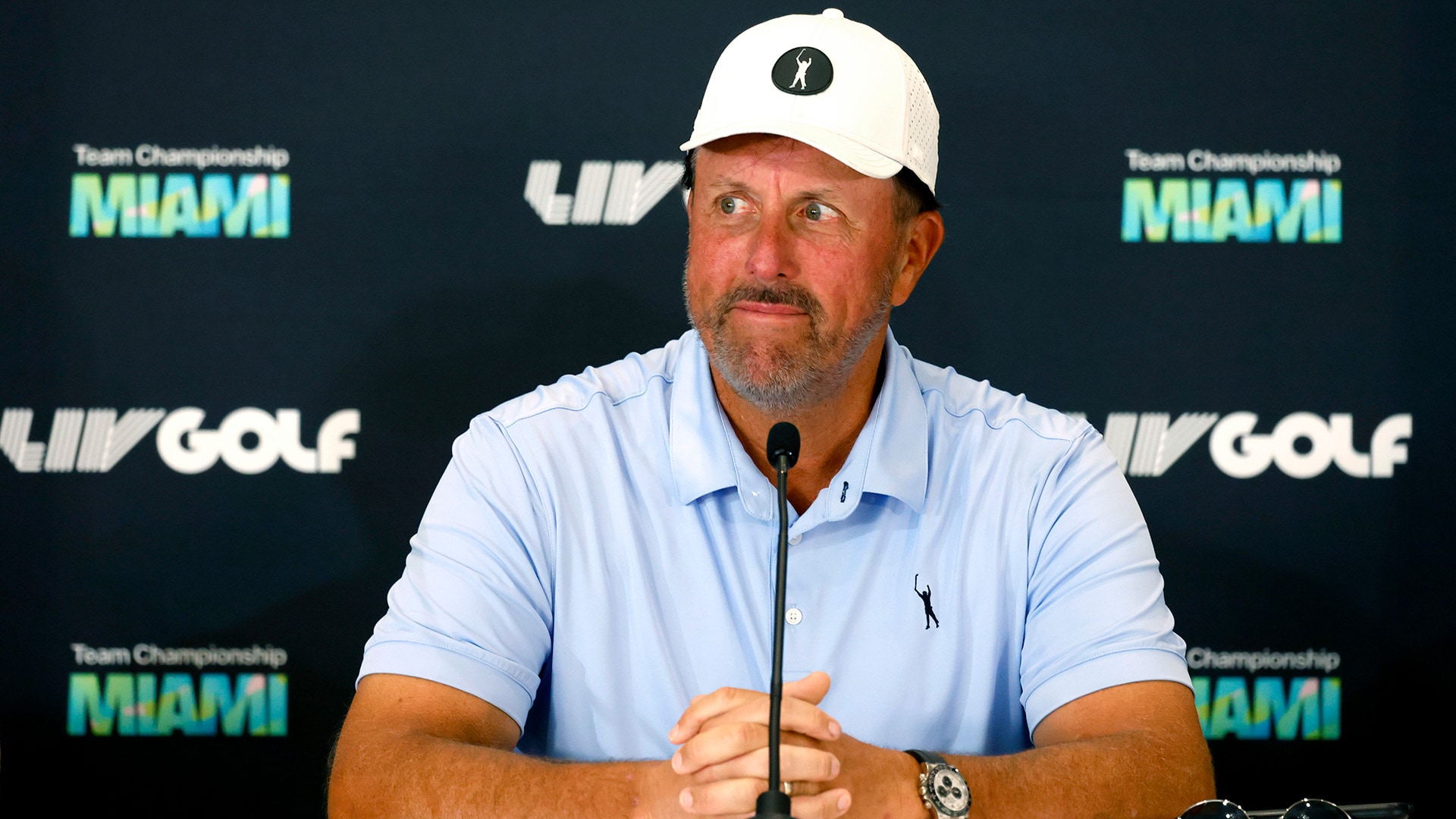 
DORAL, Fla. – Phil Mickelson has had no shortage of self-reflection this year.

In February, Mickelson was quoted in a story on the Fire Pit Collective website that was critical of both the PGA Tour and LIV Golf, which he later joined. “I have made mistakes in my career in some of the things I have said and done,” Lefty said afterward.

On Wednesday at the LIV Golf team finale at Doral, Mickelson offered another contrite response following his comments earlier this month that he was glad to have chosen the “winning side” in the divide between LIV and the PGA Tour, and that the Tour is “trending downwards.”

“Maybe I shouldn’t have said stuff like that, I don’t know,” McIlroy said. “But if I’m just looking at LIV Golf and where we are today to where we were six, seven months ago and people are saying this is dead in the water, and we’re past that, and here we are today, a force in the game that’s not going away, that has players of this caliber that are moving professional golf throughout the world and the excitement level in the countries around the world of having some of the best players in the game of golf coming to their country and competing.”

Both Rory McIlroy and Jon Rahm, who have remained loyal to the PGA Tour, pushed back on Mickelson’s “trending downwards” comments at last week’s CJ Cup.

Mickelson was also one of 11 players who had been suspended by the PGA Tour for joining LIV Golf who filed an antitrust lawsuit against the Tour in August. In late September he removed his name from the litigation.