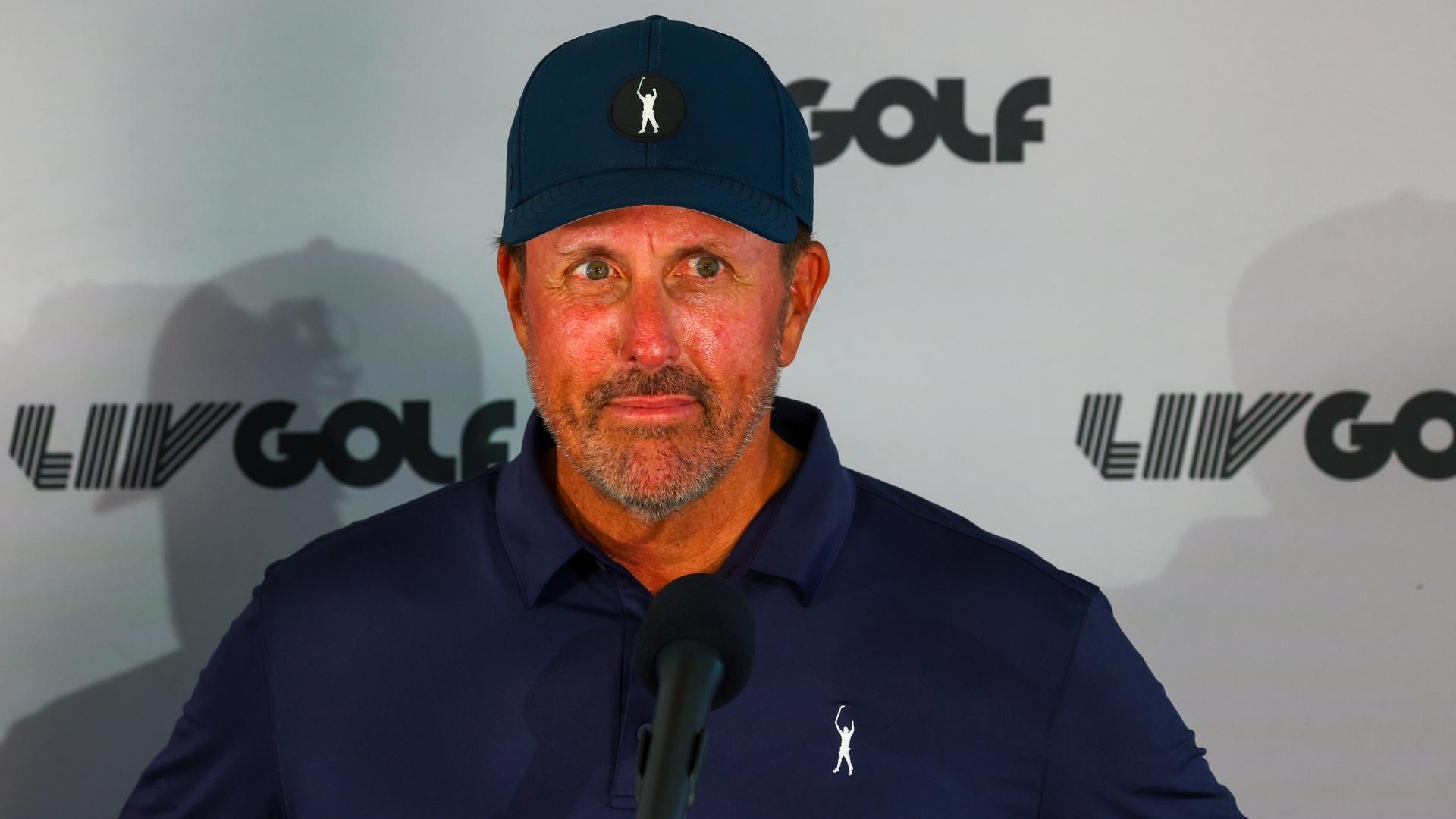 Phil Mickelson continued to blast the PGA Tour on Thursday by saying that the Tour is “trending downwards” and that he believes he’ll be on the “winning side” with how the professional game is set to evolve.

Though he made incendiary comments about both the Tour and the Saudis earlier this year that threatened to torpedo the upstart league, Mickelson ultimately made the move to LIV Golf and has been arguably its most high-profile advocate. LIV has claimed 12 of the top 50 players in the world – Mickelson is down to 138th – as it winds down its inaugural season. The full league concept is set to begin in early 2023.

“For a long, long time – my 30 years on the PGA Tour – pretty much all the best players played on the PGA Tour, at least for the last 20 years,” Mickelson told reporters Thursday ahead of the LIV event in Saudi Arabia. “That will never be the case again. I think going forward you have to pick a side. You have to pick what side do you think is going to be successful. And I firmly believe that I’m on the winning side of how things are going to evolve and shape in the coming years for professional golf.

“Until both sides sit down and have a conversation and work something out, both sides are going to continue to change and evolve. I see LIV Golf trending upwards, I see the PGA Tour trending downwards, and I love the side that I’m on.”

In response to LIV’s threat, the PGA Tour has announced wholesale changes to its schedule beginning in 2023, with a series of elevated events featuring massive purses.

Mickelson, who is a lifetime Tour member, said that he’s been “reinvigorated” by the LIV Golf experience. He added that he loves how players have been treated and that LIV officials “involve us and listen to us in decisions,” using as an example how players are now allowed to wear shorts in competition.

“Whether it’s shorts, whether it’s other aspects of professional golf that are going to change and evolve,” he said, “those positions will be led by LIV.”

With the final individual LIV event of the season in Saudi Arabia, it marks Mickelson’s first trip to the country since his inflammatory comments earlier this year to author Alan Shipnuck, when Mickelson suggested that the Saudis are “scary motherf—ers to get involved with” and that was overlooking the country’s “horrible” human-rights record because it was a “once-in-a-lifetime opportunity” to reshape the golf landscape.

Mickelson apologized for those remarks and took an extended leave of absence this spring, causing him to miss both the Masters, where he’s a three-time champion, and his title defense at the PGA. Asked Thursday if he’d changed his opinion, Mickelson said: “So I will reiterate: I never did an interview with Alan Shipnuck. And I find my experience with everybody associated with LIV Golf has been nothing but incredibly positive, and I have the utmost respect for everybody that I’ve been involved with.”