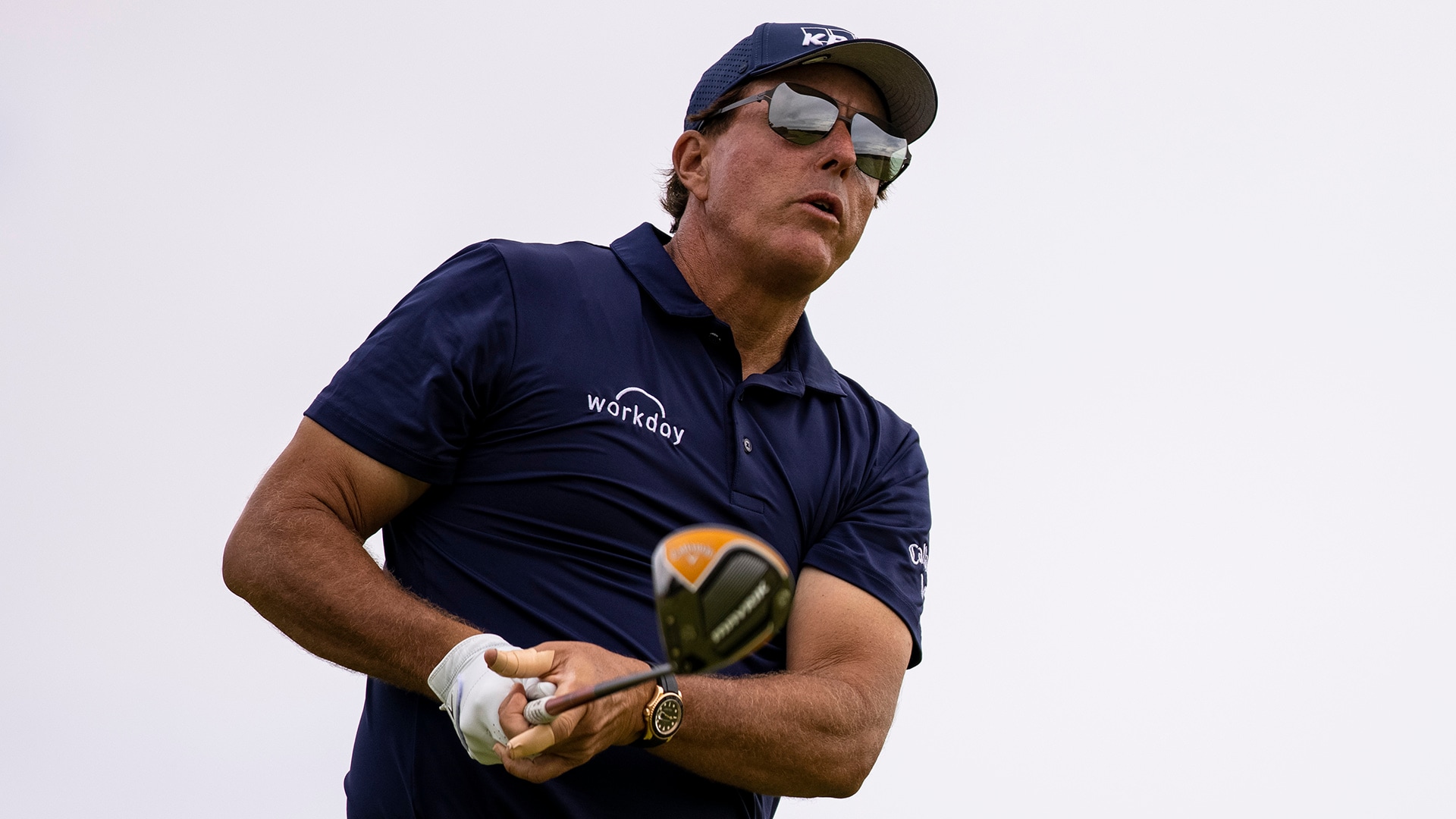 Phil Mickelson made the senior tour look like child’s play.

With another stellar round Wednesday, Mickelson polished off a wire-to-wire victory Wednesday at the Charles Schwab Series at Ozarks National. Mickelson, who won by four, became the 20th player to win in his PGA Tour Champions debut.

Mickelson’s 191 total for the 54-hole event tied the lowest in tour history. At 22 under par, he finished four shots clear of Tim Petrovic.

Mickelson seemed destined to break the 54-hole scoring record until he played his last eight holes in 1 over. The 191 total was previously shot by five players, most recently Rocco Mediate in 2013.

Full-field scores from the Charles Schwab Series at Ozarks National

“I really had a great time,” Mickelson said. “It’s fun for me to compete. I got to shoot scores and compete, and the competition here is really strong and it was fun for me to get off to a good start and play well.”

Mickelson was a late addition to the senior field after he missed the cut at last week’s Northern Trust and failed to qualify for the second leg of the FedExCup playoffs. With two unexpected weeks off, the 44-time PGA Tour winner decided last Friday to sign up for this week’s event in the Ozarks, knowing that he was playing better than his scores indicated. There was added incentive, too, with the U.S. Open returning next month to Winged Foot, site of one of Mickelson’s most heartbreaking losses.

On Ozarks National’s generous fairways, Mickelson bashed away with driver and putted as well as he has in years, making 24 birdies and an eagle to only four bogeys. He also led the field in driving distance, at 325 yards a pop. Jim Furyk also accomplished the feat last month.

Mickelson will take next week off before teeing it up in the PGA Tour’s season-opening Safeway Open in Napa, California. That’ll be his final tuneup before the U.S. Open, where he’s a record six-time runner-up.