↓ Skip to Main Content
Home › Blog › Play on? Only possible if everyone inside Tour’s bubble is all-in

Play on? Only possible if everyone inside Tour’s bubble is all-in 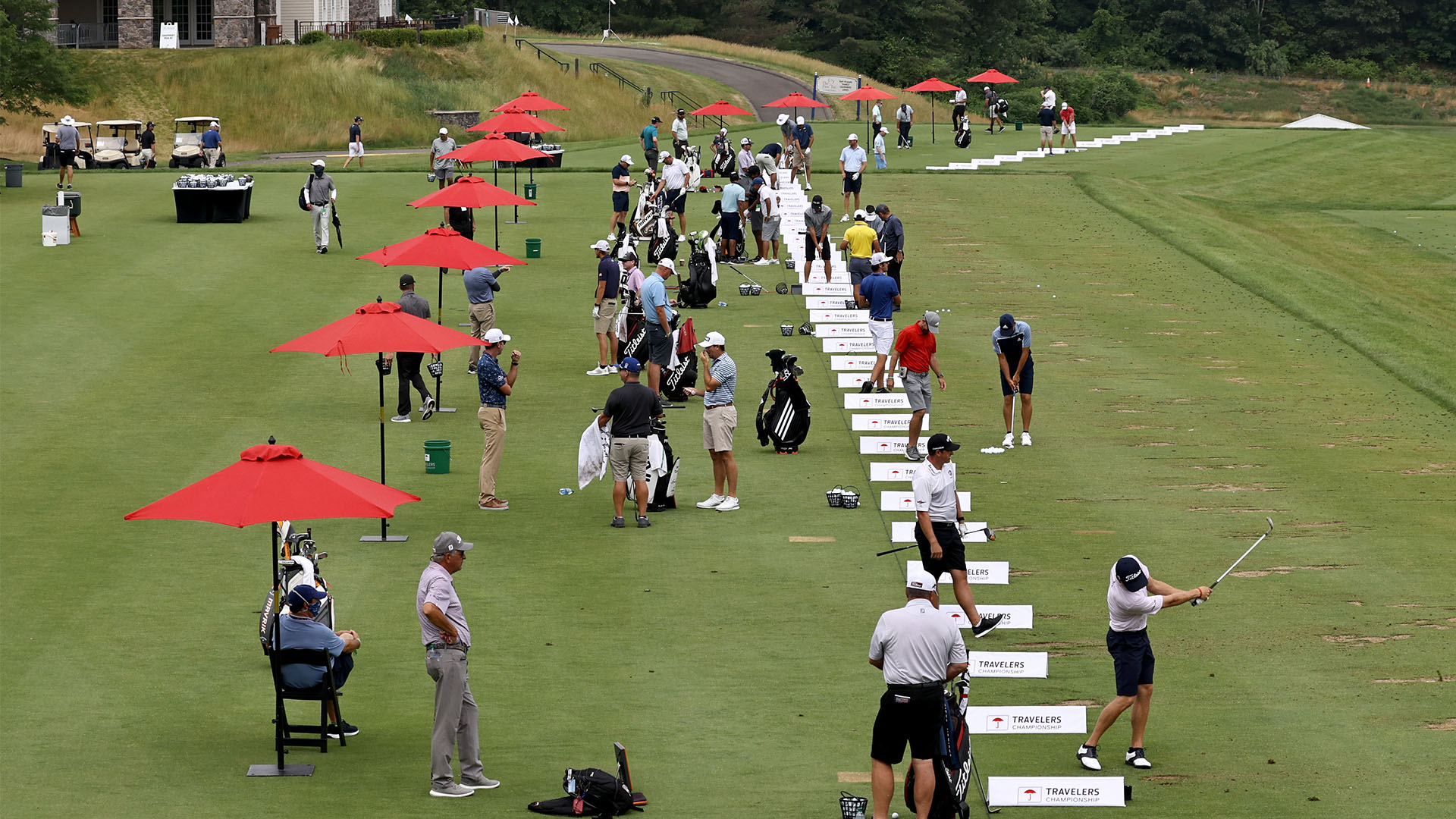 
Jay Monahan on Wednesday was, in a word, resolute.

“I think the reality is that we all have to learn to live in an environment of COVID-19,” Monahan said. “I’m concerned, but I’m also confident in the program and protocols we’ve put in place and our ability to be able to sustain the PGA Tour and give our players opportunities on both of these tours over the courses of the year, so long as we continue to be as diligent as we intend to be.”

The PGA Tour will take steps to shore up its COVID-19 testing “bubble” in the wake of more positive tests this week at the Travelers Championship.

If you worried that Monahan’s unscheduled presser signaled a potential shutdown of the Tour – again – just two and a half weeks into its return, those fears were allayed early in his remarks. He acknowledged that, despite their best efforts, a true “bubble” of only players, caddies and essential personnel was impossible. That everyone in Fort Worth and Hilton Head Island and Hartford was assuming some risk, and his goal – and the Tour’s goal at large – was to minimize that risk as much as possible.

In fairness, the Tour has done that.

In data updated Wednesday, 2,757 tests have been conducted across both the PGA and Korn Ferry tours over the past three weeks.

Yes, we’re in the early stages of this restart, and the situation nationally may soon become untenable. Just look at what’s happening in states like California and Arizona, Texas and Florida. Case numbers are surging. Hospital beds and intensive-care units are filling up. Anxiety from medical experts is deepening. Even the tests at times have proven unreliable. Days after winning the RBC Heritage, Webb Simpson has withdrawn from the Travelers Championship after a family member tested positive for COVID-19.

Last week, the Hilton Head area was bustling with people young and old flouting social-distancing and masking recommendations. “It’s an absolute zoo,” said Justin Thomas, one of the Tour’s 16-member Player Advisory Council, and coronavirus fatigue figures to set in even more over the summer months.

But players are supposed to limit their interactions and remain largely confined to their hotel room/rental house and the course. Venturing outside of those somewhat controlled environments is a personal choice, with potential ramifications. The Tour’s detailed and exhaustive safety plan is only effective if everyone follows it – thus the emailed notices the past few weeks that the world is watching, and stricter adherence is needed.

In the wake of three more positive tests this week, the Tour announced another layer of testing for those who arrive via the Tour charter, added swing coaches into the testing bubble and moved the fitness trailer on-site to discourage players from using local gyms.

Ultimately, it comes down to this: Are you all-in? Earlier this week Brooks Koepka boasted of how his team – player, caddie, coach, girlfriend, chef – was “pretty much on lockdown” the past few weeks. But apparently not locked down enough: According to Golfweek, Elliott returned to Orlando, Florida, on June 15 to attend a funeral, and both he and Graeme McDowell’s caddie, Ken Comboy, likely contracted the virus there. As a result, Brooks Koepka, Chase Koepka and McDowell all withdrew from the Travelers, to protect the field, despite testing negative. There will be more positive tests, and maybe even more later this week. How many more would trigger another shutdown, Monahan can’t say. Perhaps the tipping point comes when the tournament leader, or someone in contention, has to withdraw on the eve of the final round. Or when there’s an outbreak. Or when playing golf amid a national crisis becomes a PR nightmare.

But until then, they play on, comfortable and pleased and confident – all adjectives Monahan used Wednesday – in the health and safety program they’ve refined over the past few weeks and months.

“We feel like we’re on a path that’s going to allow us to continue to sustain our return to golf,” he said.

Whether that’s all year, all season or all summer, it’s too early to tell.