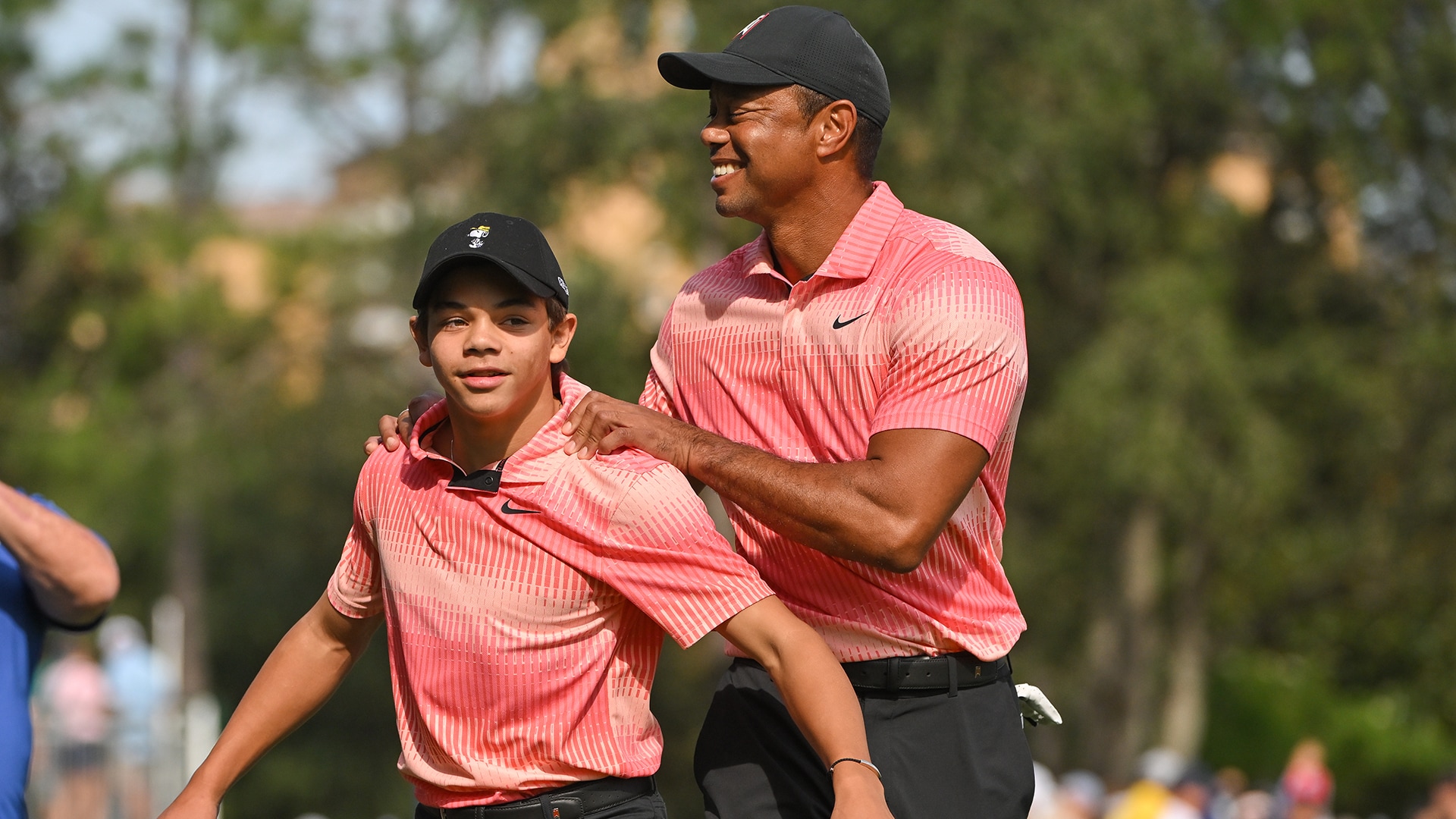 
Charlie Woods has garnered much attention these past few years for all the ways he is like his dad, Tiger.

Their love for the game of golf.

On Saturday at the PNC Championship, Team Woods took things a step further – literally. With Charlie battling an “iffy” left ankle, the father-son duo even walked with mirrored limps as they often shared a cart while combining to shoot an impressive 13-under 59 that had them just two shots off the lead.

“On some shots, it hurt a lot,” said Charlie, who at one point, after hitting a drive on the fifth hole, fell to the ground as his ankle buckled because of the pain. “Walking was tough, but it was all right. It wasn’t that bad.”

Added Tiger, playfully: “Hey, he got a cart, so it was all right.”

According to Golfweek, Charlie tweaked the ankle earlier this week on the range while Tiger called the issue one caused, simply, by “growing pains.”

“There’s a big difference between pain and injury, and this is just pain,” Tiger told Sirius XM PGA Tour Radio. “If you’re injured, you’re not playing. This is just a little bit of pain, and it’s gametime, so we just go out there and we suck it up together. As I said over here, we’re the perfect yin and yang; he’s got a left foot [injury], I’ve got a right foot [injury], so we’ve got two good feet, we’re good.”

After the round, Charlie admitted that his father carried him throughout the match, though it was more a testament to just how well Tiger – and his surgically repaired right leg – performed just weeks after he was forced to withdraw from the Hero World Challenge because of plantar fasciitis in his right foot. The 15-time major winner, who hasn’t played officially on the PGA Tour since missing the cut at St. Andrew last July, did a little bit of everything – chipping in for eagle, canning couple long birdie putts, pounding a drive that measured at 180 mph ball speed. 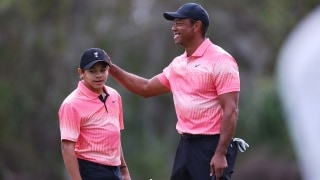 Despite both members of Team Woods banged up, Tiger and Charlie provided plenty of highlights in Saturday’s first round of the PNC Championship.

Not that any projections can be made for Tiger based on 18 holes of scramble golf in a cart.

But in Charlie’s eyes, Saturday’s round taught him something valuable.

He’s heard the story about the U.S. Open won on a broken leg. He attended that memorable Masters in 2019. And over the past two years, he’s witnessed one of the more miraculous comebacks in the history of sport.

Now, he’s able to put all that perseverance in fresh context.

“I’ve found a new respect for him now after getting a very minor injury – I wouldn’t call it an injury; I’m just hurt,” Charlie said. “But just to see what he’s going through and how I have just a fraction of it … and it’s just cool how he’s gotten to where he is now after all he’s been through.”