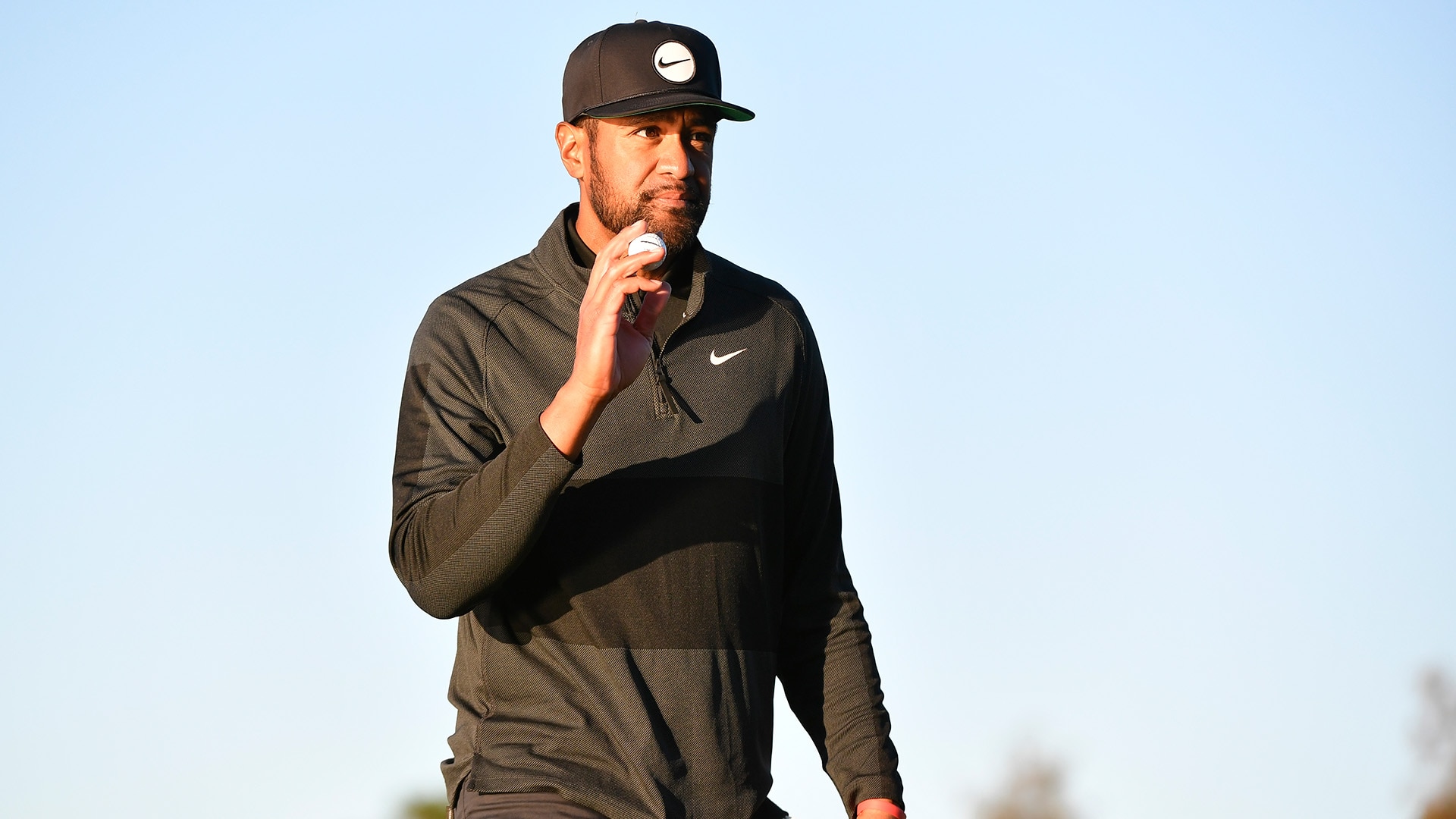 Tony Finau headlines the field for the RSM Classic at Sea Island Golf Club as he looks to win back-to-back tournaments for the second time this year.

The Seaside and Plantation Courses at Sea Island are among the few on the PGA Tour that really reward precision over power. Finau might be one of the longest hitters on Tour, but he’s also been very accurate of late, leading the field in driving accuracy last week in Houston.

As far as last week’s power rankings go, it was arguably my worst performance. I whiffed on No. 1 Sam Burns, who was on his way to missing the cut badly before withdrawing, and I left Finau just outside of my top 10 following his missed cut at Mayakoba. Five of the top 10 ended up T-27 or better, so that’s decent, and sleeper Will Gordon was T-43 despite a third-round 73 in tough conditions.

Surely things can’t get worse, so here we go – this week’s top 10 power rankings for the RSM Classic:

1. Tony Finau: Won back-to-back events earlier this year, so it can be done. Finau had an all-around dominant week in Houston, where he won by four shots while leading the field in driving accuracy and greens in regulation. He returns to Sea Island for the first time since his debut in 2014, where he tied for 14th.

2. Jason Day: Could we be talking about a resurgence? Day’s T-16 in Houston marked his fourth straight finish of T-21 or better. Also was T-12 two years ago at RSM.

3. Seamus Power: Seems to have flipped a switch since a slow start to the fall, winning in Bermuda and tying for third in Mexico. He was T-4 last year at RSM after MCs in each of his three previous trips.

4. Brian Harman: He hasn’t top-10’d here since 2017 and was T-61 last year, but he still has 27 rounds around the Seaside Course in his career and fits the profile. Accurate, and in good form as he’s coming off a runner-up in Mayakoba, another precision layout.

5. J.J. Spaun: Hasn’t missed a cut in five fall events, though he’s just been solid with three top-25s but not top-10s. This could be the week as he gets to show off his accuracy at a place where he was runner-up in 2017 and T-16 last year.

6. Matt NeSmith: Before his T-53 in Houston, he had sandwiched a T-2 in Vegas with T-9 showings. Owns a pair of top-15s in three RSM starts. Feels like this will be a good week for the Gamecock.

7. Joel Dahmen: Didn’t go with him last week, and he tied for ninth. Was T-3 at Mayakoba before that. This is a great layout for him, even if he’s only mustered one top-30 in his past five trips.

8. Taylor Montgomery: Snapped his run of nine straight worldwide top-15s with a T-57 last week in Houston. First time to Sea Island. Still, he putts it well enough to make up for the fact that he won’t be hitting a ton of drivers.

9. Tom Hoge: OK, the MC at Mayakoba hurt, but he is hitting it too good this fall – four finishes of T-13 or better – to have another stinker. T-4 last time out at RSM, snapping a run of two MCs.

10. Justin Rose: At the point of his career where he’s playing RSM regularly. T-14 last year here, and he enters this week fresh off a T-9 in Houston that could’ve been better. Also, it’s worth noting that I really wanted to pick Davis Riley here.

Sleeper: Zach Johnson. Feel free to make fun of me, but hear me out. The U.S. Ryder Cup captain will be overlooked, but distance doesn’t matter, and he knows this course well – T-16 last year and three top-8s in four starts before that. He also shook some rust off last week in Houston, making the cut before tying for 57th. Considering his odds, he’s a great value.