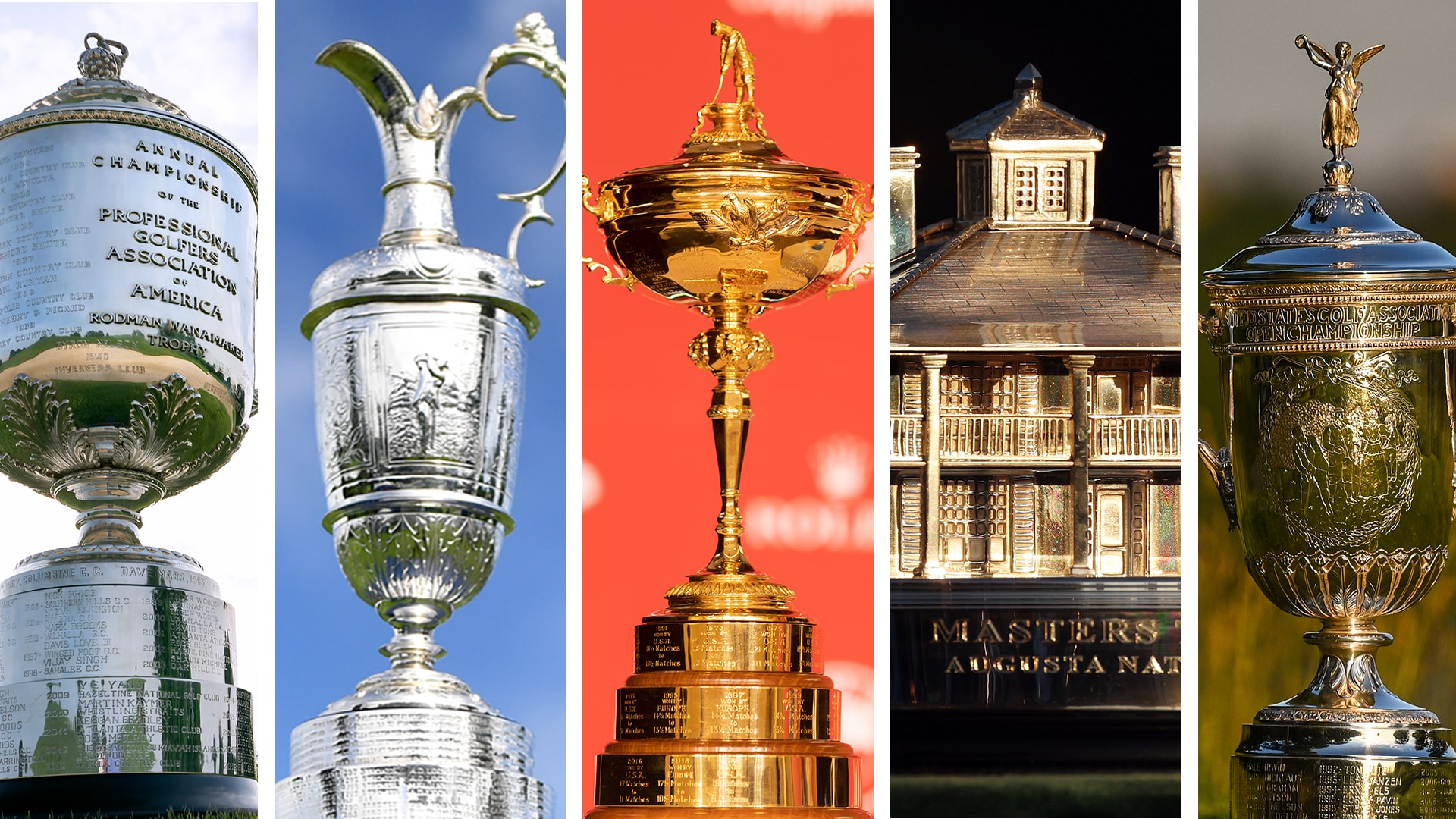 It’s never too early to start thinking about golf’s biggest events and who might win them.

At publication, we are officially 92 days until the first round of the Masters Tournament. In this edition of Punch Shot, our GolfChannel.com writers offer up their picks for each of the four men’s major tournaments in 2023.

And, as a bonus, they offer up who they think will capture the Ryder Cup.

REX HOGGARD: Rory McIlroy. He finally completes the career Grand Slam and wins the Masters after so many near misses, including his runner-up showing in ’22. It is the only thing the Northern Irishman hasn’t accomplished in his career, and following one of his most consistent years in ’22, he’s poised to fill what is becoming a glaring hole in his resume.

RYAN LAVNER: Cam Smith. Ohhh, this would be delicious, and it’s not at all inconceivable. Smith has been a fixture near the top of the leaderboard in recent Masters, and his lethal iron play/short game combination is perfect for Augusta National’s unique challenges. Plus, as was made clear in his distraction-filled but five-win 2022: This dude is impervious to pressure.

BRENTLEY ROMINE: Rory McIlroy. For as much as St. Andrews stung, this April at Augusta National will heal all previous wounds as McIlroy putts out on No. 18 as the 2023 Masters champion and his daughter, Poppy, runs out to hug her dad after he becomes just the sixth player to accomplish the career Grand Slam.

REX HOGGARD: Will Zalatoris. Justin Thomas contends, again, but this time it’s Zalatoris’ turn. Zalatoris lost a playoff to Thomas at the ’22 PGA and was also second at the U.S. Open. As long as the back injury that sidelined him late last year doesn’t resurface, a major victory seems inevitable for the 26-year-old.

RYAN LAVNER: Rory McIlroy. It might not be the major he covets most, but as McIlroy himself said – without a Grand Slam title since 2014, he’s essentially starting over, at zero majors, not four. It’ll be something of a homecoming for McIlroy, whose wife’s family is from western New York, and the softer conditions in May should prove more favorable for his aerial attack.

BRENTLEY ROMINE: Rory McIlroy. A major after completing the career slam, McIlroy wins his second straight and sixth overall as talk of him sweeping the year’s majors begins. As Lavner points out, Oak Hill will be very receptive, playing right into McIlroy’s game as he beats Tony Finau in a playoff to deny Finau his first major title.

REX HOGGARD: Jon Rahm. The first-time major venue will steal the spotlight early in the week, but Jon Rahm finishes with another trophy. The Spaniard won his first major at Torrey Pines and has enough solid finishes at the Genesis Invitational, played on the other L.A.-area gem, to make Rahm an easy favorite.

RYAN LAVNER: Xander Schauffele. Coming into his own, Schauffele has traditionally performed best in the U.S. Open, and L.A. North’s relative unfamiliarity should be beneficial to the SoCal kid. He’s arguably the most complete player in golf, and he’ll claim the major that best rewards that.

BRENTLEY ROMINE: Will Zalatoris. Max Homa will be a popular pick considering he shot 61 at LACC’s North Course en route to winning the 2013 Pac-12 individual title. There are also a handful of guys who won the 2017 Walker Cup at LACC, including Zalatoris, who after three runners-up in his young major career breaks through for win No. 1.

REX HOGGARD: Collin Morikawa. The sentimental favorite would be Tiger Woods, who won The Open in 2006 at Hoylake with a textbook performance, but that seems unlikely. A better option would be Morikawa, who is one of the game’s preeminent ball-strikers and proved in ’21 that his game is uniquely suited to winning golf’s oldest championship on brown and baked-out golf courses.

RYAN LAVNER: Jon Rahm. In this space a year ago we predicted that Rahm would post top-5s in every major in 2022 … and he didn’t have a single top-10. That was an aberration, for he’s far too determined and talented to have another pedestrian major season. Getting the hang of Open golf, if he can eliminate the one round that torpedoes his title hopes, he’ll nab major No. 2 at Royal Liverpool.

BRENTLEY ROMINE: Scottie Scheffler. Can’t go a whole major season without any of us picking one of the best all-around players in the world. Scheffler proved last year at the Masters that he has the game and the mind to win multiple majors. He’s not going anywhere.

REX HOGGARD: United States. It’s been three decades since an American team won the Ryder Cup in Europe, but with Marco Simone Golf and Country Club being such an unknown, this will likely be more about the players – those who at the matches and, perhaps even more importantly, those who are not – and how each side adjusts to what will be dramatically different teams.

RYAN LAVNER: United States. It’ll be hyper-competitive just to make Team USA, and that fierce battle will keep everyone sharp and battle-tested for Italy. Unlike the previous units that have tried and failed to win overseas, this American squad doesn’t have the same scar tissue. As they showed at the Presidents Cup, they’re close, cohesive, and united by a common goal – to pound their opponents.

BRENTLEY ROMINE: Europe. OK, I’ll do it. For as much as we talk about the LIV effect, the home side would still currently field a team led by Rory McIlroy, Jon Rahm, Viktor Hovland and Matt Fitzpatrick. Shane Lowry, Tommy Fleetwood and Tyrrell Hatton would likely be on the team as well, and with potential rookies such as Thomas Detry and Rasmus Hojgaard, would the Europeans really miss anyone besides Sergio Garcia at this point? The Americans will still be loaded, but not having Dustin Johnson, Bryson DeChambeau and Brooks Koepka is a bigger hit, especially on foreign soil, and it’s easy to see Rory and Co. rally around Henrik Stenson’s replacement in Italy.