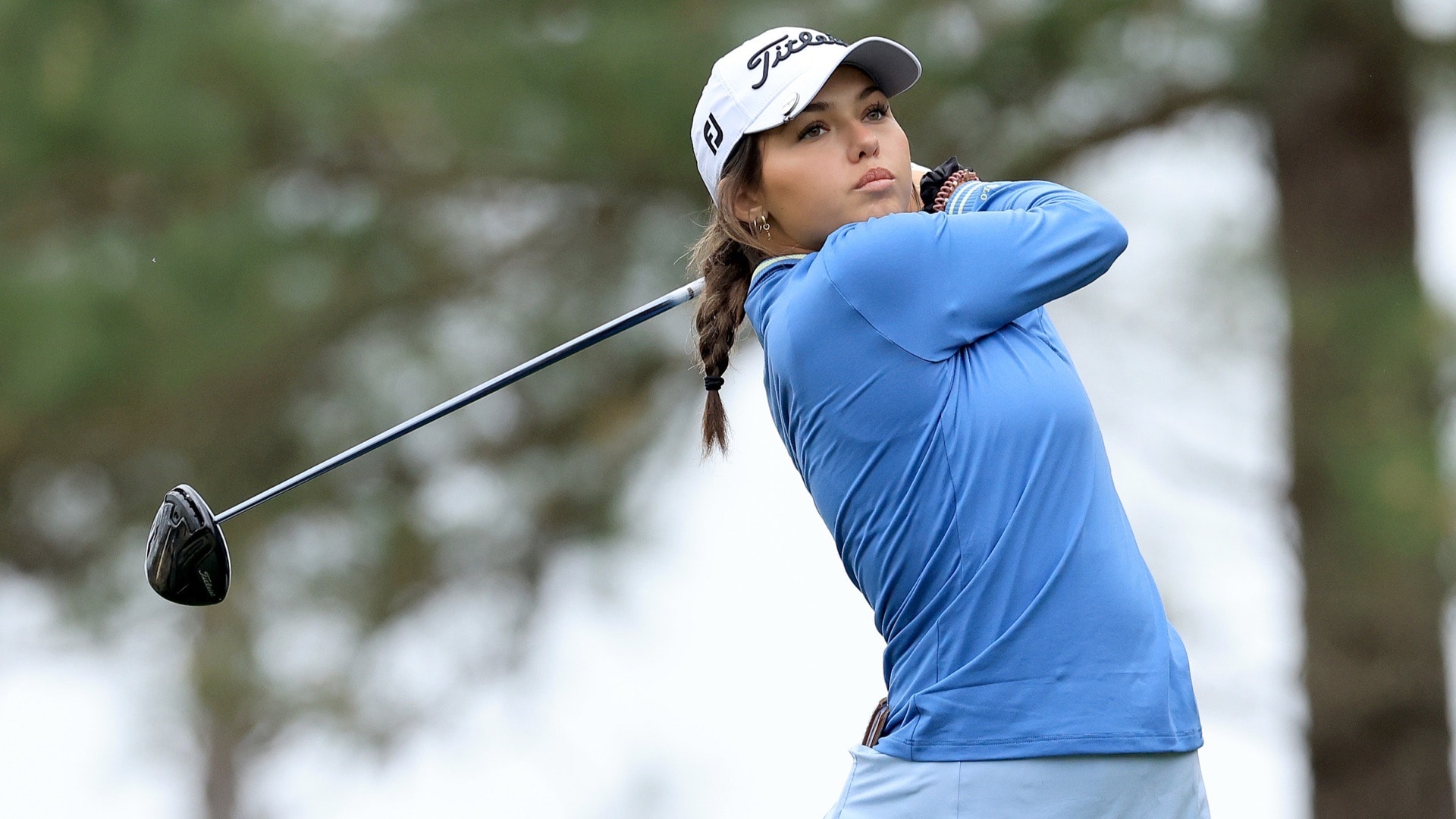 The race began in the August California heat, where 311 women entered stage-one of LPGA Q-School with hopes of earning their tour card. Months pass, temperatures drop, and only 100 players remain for Q-Series — the third and final stage of LPGA Q-School.

It’s called series because the tournament extends for two weeks on two different courses. The first four rounds will be played at Magnolia Grove in Mobile, Alabama, starting December 1. There will be a cut after the first four days, and scores will carry over from week one to week two for the players that advance. The second half of the eight-round total series will begin on December 8 at Highland Oaks Golf Course in Dothan, Alabama.

The pressure is daunting. Either earn LPGA status or wait another year. Here are the requirements:

Out of the stacked field, here are five players to keep on your watch list:

Gillman just finished her third year on the LPGA tour. She is known as one of the most accomplished amateur golfers, winning the U.S. Women’s Amateur twice in 2014 and 2018. She played in six LPGA tournaments as an amateur and won the Century 21 Ladies Golf Tournament on the 2018 LPGA of Japan Tour. Gillman has recorded five top-10s during her years on the LPGA and is expected to make a solid run at Q-Series.

If you’ve followed Pano’s career, you’ve been waiting for the day she turned pro. Just 17 years of age, Pano decided to forgo college golf and turn professional this year. Her rookie year on the Epson Tour proved exceptional with five top-10s, finishing No. 13 on the money list, just three spots shy of earning her LPGA card.

A two-time All-American at Stanford, Krauter capped off her college career by leading her team to victory at the 2022 NCAA Championship, going 3-0 in her matches. Krauter turned professional this year and made her debut at the Dana Open presented by Marathon, shooting 9-under and placing T-29.

A part of the Oregon team that finished runner-up to Stanford at the 2022 NCAA Championship, Lin proved to be a standout. Despite a team loss, she beat the fourth-best amateur in the world, Rachel Heck, 3&2 in the final match. Lin began her road to the LPGA at stage one and now finds herself with a chance to earn her LPGA card.

Wallin is considered Florida State’s most decorated player. She’s one of two four-time All-Americans in the program and competed in the Augusta National Women’s Amateur three times (2019, ’21, ’22). The Swede is one of three golfers who made the weekend cut at the first three ANWA Championships. This year, Wallin competed as a rookie year on the Epson Tour and is one to watch at Q-Series.