↓ Skip to Main Content
Home › Blog › Q&A: What you need to know about the PGA Tour’s planned return

Q&A: What you need to know about the PGA Tour’s planned return 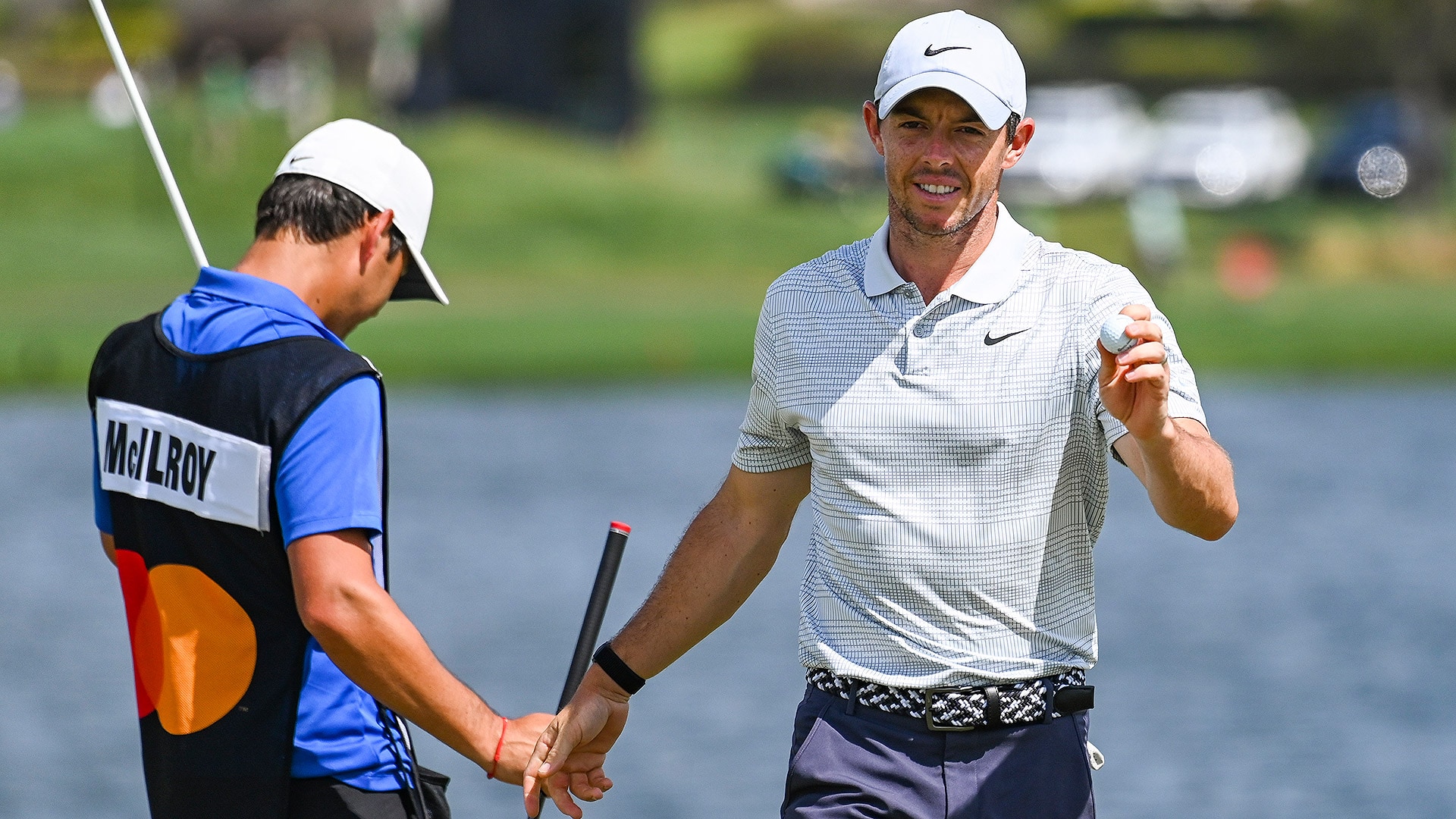 
The PGA Tour is inching closer toward a return to competition. This week’s big stride included the circulation of a 37-page Health and Safety Plan, which covers everything from what a player will be asked to do before travelling to an event to what he can expect before, during and after competition days. But as with any topic related to the COVID-19 pandemic, there are still just as many questions as answers.

So let’s run through some of the hot topics and those still being ironed out, with the Tour now four weeks away from teeing it up at Colonial:

Let’s get this out of the way: What happens if a player tests positive for the coronavirus?

With multiple layers of testing in place, Tour officials hope to identify any potentially positive cases as quickly as possible. Players will be required to withdraw immediately from the competition and enter isolation for at least 10 days. That quarantine period would likely occur near the event, with the Tour providing a stipend to defray costs. If a player can safely get home from an event via car (i.e. make it to their front door without stopping for things like gas or food), they’ll be allowed to do so. The quarantine rules would also be in place for caddies who test positive. Any player who makes the cut and subsequently withdraws because of a positive test will receive unofficial, last-place money.

What will it be like for PGA Tour players competing in the age of the coronavirus? Here’s a look, based on the Tour’s safety guidelines.

Will we find out if a player tests positive?

Likely yes, but you won’t hear it announced publicly by the Tour. Citing medical confidentiality issues, they’re putting the onus on the player to disclose any positive tests, a declaration that would initiate the aforementioned period of self-quarantine for him and any of his close contacts. Of course, fans would likely notice any mid-tournament positive tests since a player would have to withdraw.

How many tests are we talking about?

The Tour estimates that they will need to use approximately 400 coronavirus tests per week, with the caveat that they will play only if they’re able to do so without taking test kits away from an existing need in the community. The cost of administering those tests will be covered by the Tour.

If I’m one of the estimated 25 PGA Tour players currently living outside the U.S., how much time do I have to get back into the country?

The clock is ticking. Tour officials expect that 14-day quarantine windows for all entries into the U.S. are “likely to continue” past the resumption of competition, and noted that it is “imperative” that international players begin to work on making appropriate travel arrangements. The two-week window would mean that a player must arrive in the U.S. no later than May 27 if he’s going to play the Charles Schwab Challenge, June 11-14, with that entry deadline bumped back a day or two earlier if he has any intention of having enough time to play a practice round at Colonial. What sort of “essential personnel” will be allowed on-site at tournaments?

The entourage presence will be restricted as the Tour looks to get back to business. Family members will not be allowed on the course, nor will agents or managers. Media presence will also be limited, as will “support personnel” for players. Instructors will be allowed on the range but only while social distancing from players. Trainers and coaches can walk inside the ropes during practice and outside the ropes during competition, but only in a working capacity. Equipment trailers will shift to more of a “concierge service” model, with players dropping off and picking up equipment for adjustment without any direct contact with truck personnel (who will also undergo regular testing). Access to both the clubhouse and locker room will be heavily restricted.

How will players and caddies get from one event to the next?

The Tour is “strongly encouraging” the use of a weekly Tour-chartered flight, which will be open only to players and caddies and will leave on Mondays. Passengers will undergo viral testing no more than 24 hours before departure and will only be allowed to board with a negative test result. But seating will be capped at 170 people on a first-come, first-served basis, meaning some players and caddies will have to find other transportation options. Those include driving from one event to the next, private planes (for those with NetJets hours to burn) and commercial flight options, with another round of testing awaiting players and caddies upon arrival.

Are we still expecting fans to return at the John Deere Classic?

The Tour has been clear that the first four events will still be contested without fans present, but the wait for spectators seems likely to extend beyond that. The July 9-12 John Deere Classic is, on paper, the first event that could allow fans, but a Tour official described that as a “placeholder” rather than a firm commitment. The Tour “is not wedded” to a specific date for the return of fans to events, and will instead continue to take cues from local, state and federal guidelines. Even when events open to the general public, they’ll likely do so on a limited basis to “ease ourselves back into spectators being on-site.” In the interim, summer events are busy working to prepare for multiple scenarios: one without any fans, one with limited fans and one with a normal fan presence.

My course makes me keep the flagstick in and has removed all bunker rakes. What will Tour events look like?

Onus for those touch points will fall on the caddies. Players will be advised to remove their own clubs from the bag and pluck balls from the hole to limit potential cross-contamination with their loopers, while caddies will be asked to handle bunker rakes and remove or replace the pin based on player preference. Caddies will be “cognizant of disinfectant procedures” and will be asked to clean any such public item that they touch. Players and caddies will both also be advised to use tournament-supplied disinfectant wipes at the end of every hole.

What’s all this talk about “extending the bubble?”

Once the Tour establishes a group of virus-free personnel, they’ll attempt to limit contact with outside entities as much as possible. That means encouraging players to stay at a designated host hotel that can provide on-site food options, encouraging take-out or room service and discouraging players from dining in restaurants or entering other crowded areas. Rental cars will be recommended and courtesy cars supplied where “feasible,” while players will be barred from using taxi or ride-share services to get around town.

Is there anything that could trigger the cancellation of an upcoming event?

The Tour declined to identify a specific number of positive test results that could potentially cause them to shut down a tournament, but right now certainties are few and far between. “We’re working closely with the local health authorities to understand what’s going on on the ground,” said Tour senior vice president Andy Levinson. “If there was a situation where it was not possible to provide all of our constituents with a safe and healthy environment, then we wouldn’t do so, or we would look for an alternate site.”