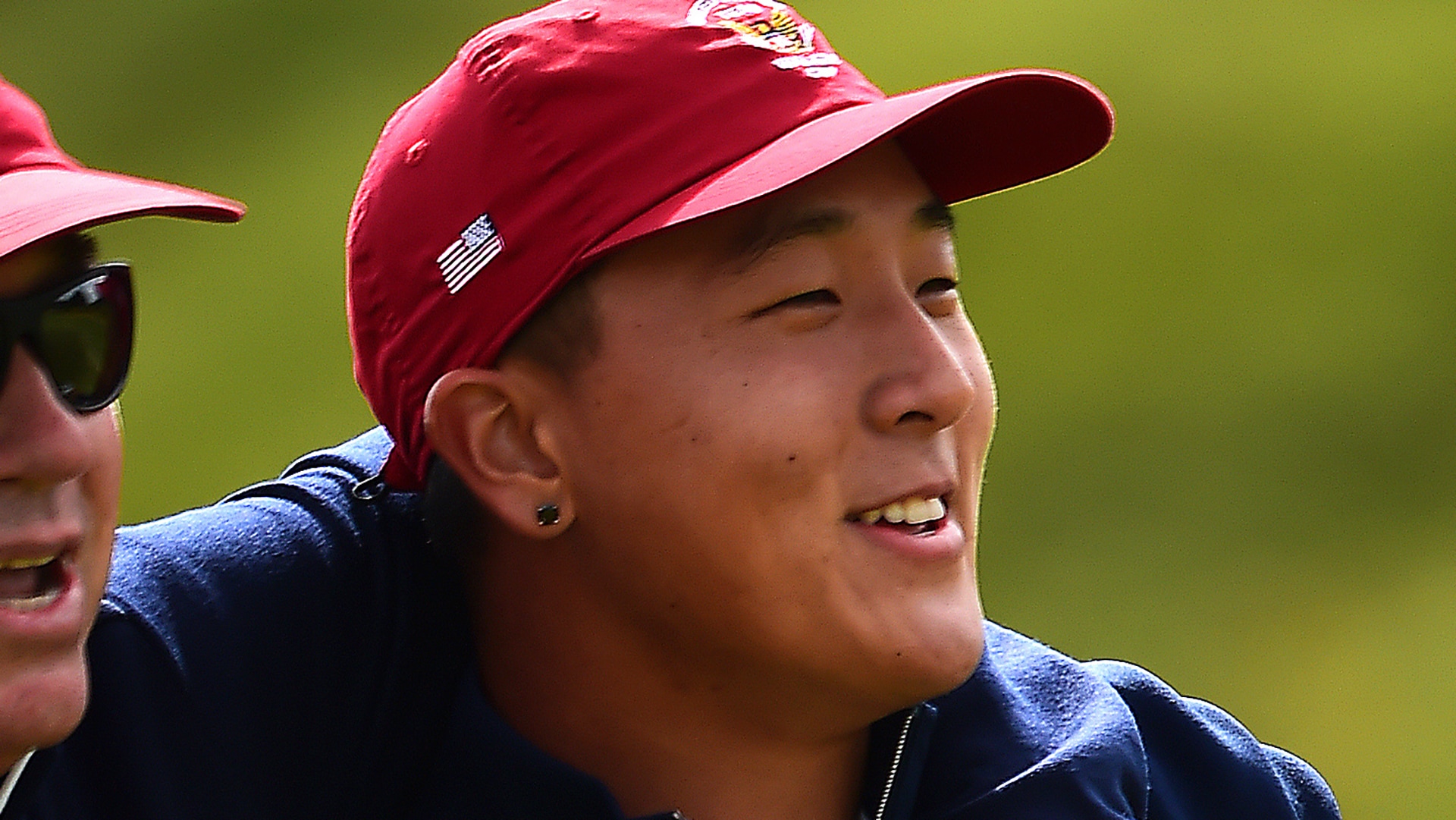 GolfChannel.com caught up with Florida State junior John Pak, and we literally asked him anything:

GC: If you could have one superpower, what would it be?

Pak: “Well, my favorite superhero is Ironman. I don’t know if it’s a power, but he has some pretty nice super suits. I think that’s pretty cool.”

GC: What’s the one golf course that you could play forever?

Pak: “Royce Brook in New Jersey. I grew up playing it every day and never got tired of it.”

GC: What’s the one exhibit you have to see when you go to the zoo?

Pak: “I’ve actually never been to a zoo before, but I think a tiger would be pretty cool. I’ve been watching that Tiger King documentary, I finished the whole season, so yeah, a tiger.”

GC: Are you Team Carole Baskin or Team Joe Exotic then?

Pak: “That’s a tough one. Carole baskin definitely killed her husband. 100%. I know she did. So, I guess I’d go with Joe Exotic.”

GC: Here’s a celebrity question from your college coach, Trey Jones. He asks, what was your first impression of links golf?

Pak: “I hated it so much, and the funny thing is the first course I played was St. Andrews. I took a trip to Scotland my freshman year. I missed two cuts. I hated it, but I worked through it and started enjoying it.”

GC: Your idea of a perfect date in Tallahassee?

Pak: “My girlfriend, we’ve been dating for a year and four months now, and she really likes to go to the movies, so I’d go with dinner and a movie. That’s how we like to spend our time. For our one-year anniversary, we went to Table 23. It’s a pretty nice restaurant. I got steak and she got fish.”

GC: Florida State is known for its on-campus circus. What would be your role in the circus?

Pak: “I haven’t been to a show yet, but I heard it’s really good. But I think I could maybe round up some elephants or something. I don’t think I could do anything else.”

Pak: “I’ll go with Rickie and Matt. I think the young guns are going to take it. Matt’s a really nice guy and he was always one-upping me in college.”

Pak: “Driver: Andy Ogletree. He bombs it. I enjoy watching him bomb it 50 yards past me. Irons is Ricky Castillio. He hits the ball really well. I haven’t played with him since junior golf, though. Short game? John Augenstein has some good hands. He gives me some tips. Putting is Cole [Hammer]. He’s a really good putter. Mental? I’ll go with [Alex] Fitz[Patrick]. He always thinks he can beat everyone.”