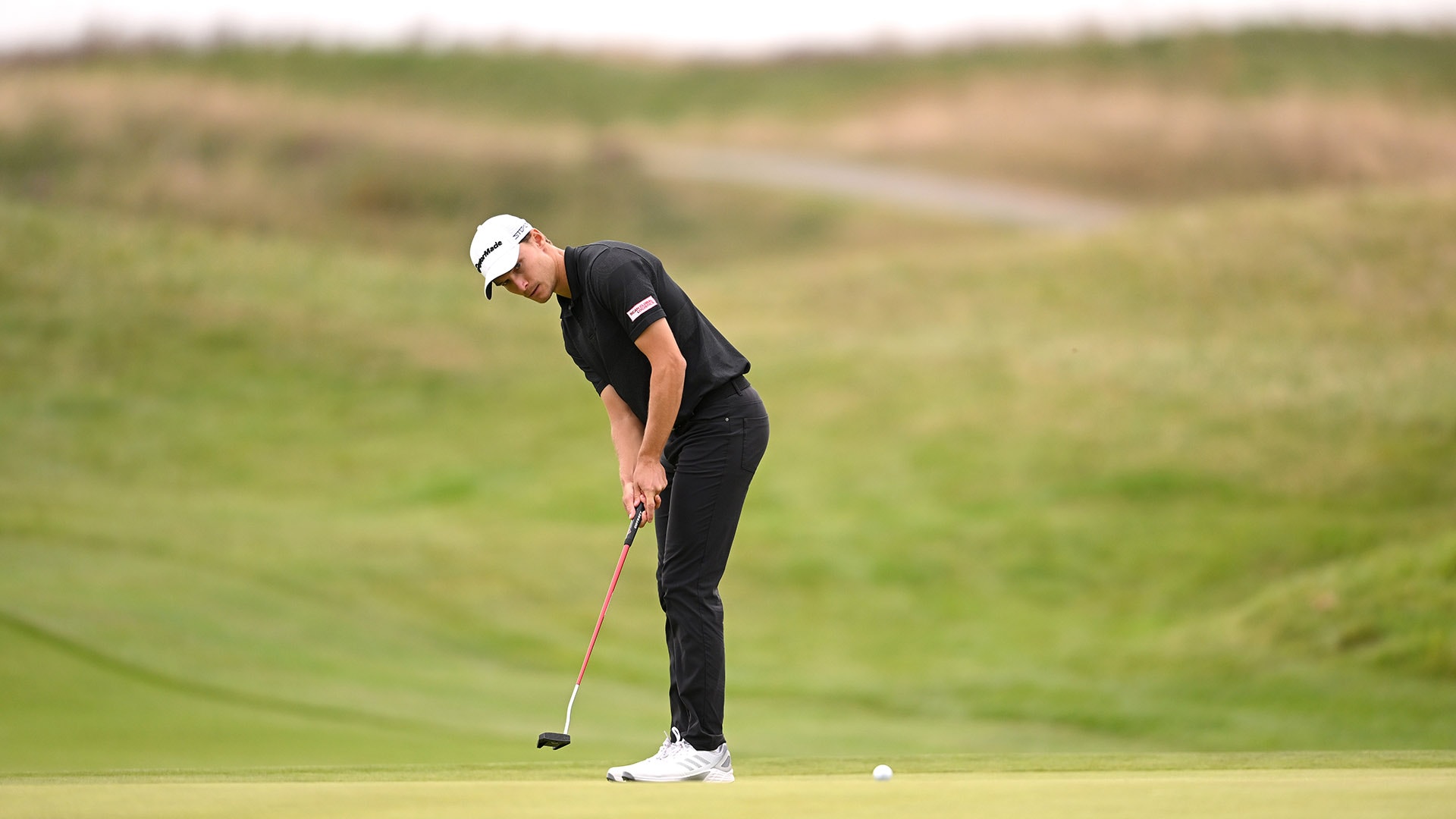 That was the main headline on the DP World Tour’s website on Saturday as Hojgaard, the 21-year-old Dane, was starting his third round of the Cazoo French Open with a commanding six-shot lead.

It wasn’t long before the text needed to be updated.

Hojgaard’s subsequent collapse was so quick, in fact, that the headline remained for a short time after Hojgaard had played his first three holes in a disastrous 6 over. A quintuple bogey at the par-3 second hole followed by bogey at the par-5 third at Le Golf National had knocked Hojgaard back to second at 9 under, a shot back of playing competitor Paul Barjon, who played the same stretch in 1 under.

Hojgaard’s ‘8’ included three tee balls in the water at the 146-yard hole, two from the drop zone about 120 yards away. He finally knocked what was his seventh stroke to 14 feet and made the putt.

After going through a whole sleeve of balls at No. 2, Hojgaard rinsed another shot at the next hole, finding the right creek with his tee ball. He missed a 22-footer for par before tapping in for bogey.

Hojgaard, who had spent much of the previous two years inside the top 100 of the Official World Golf Ranking (his best rank is No. 63), has just three worldwide top-10s this year as he’s slipped to No. 159 in the world and well off the European Ryder Cup radar. He is a three-time DPWT winner, though his last title came at the Omega European Masters in Aug. 2021.