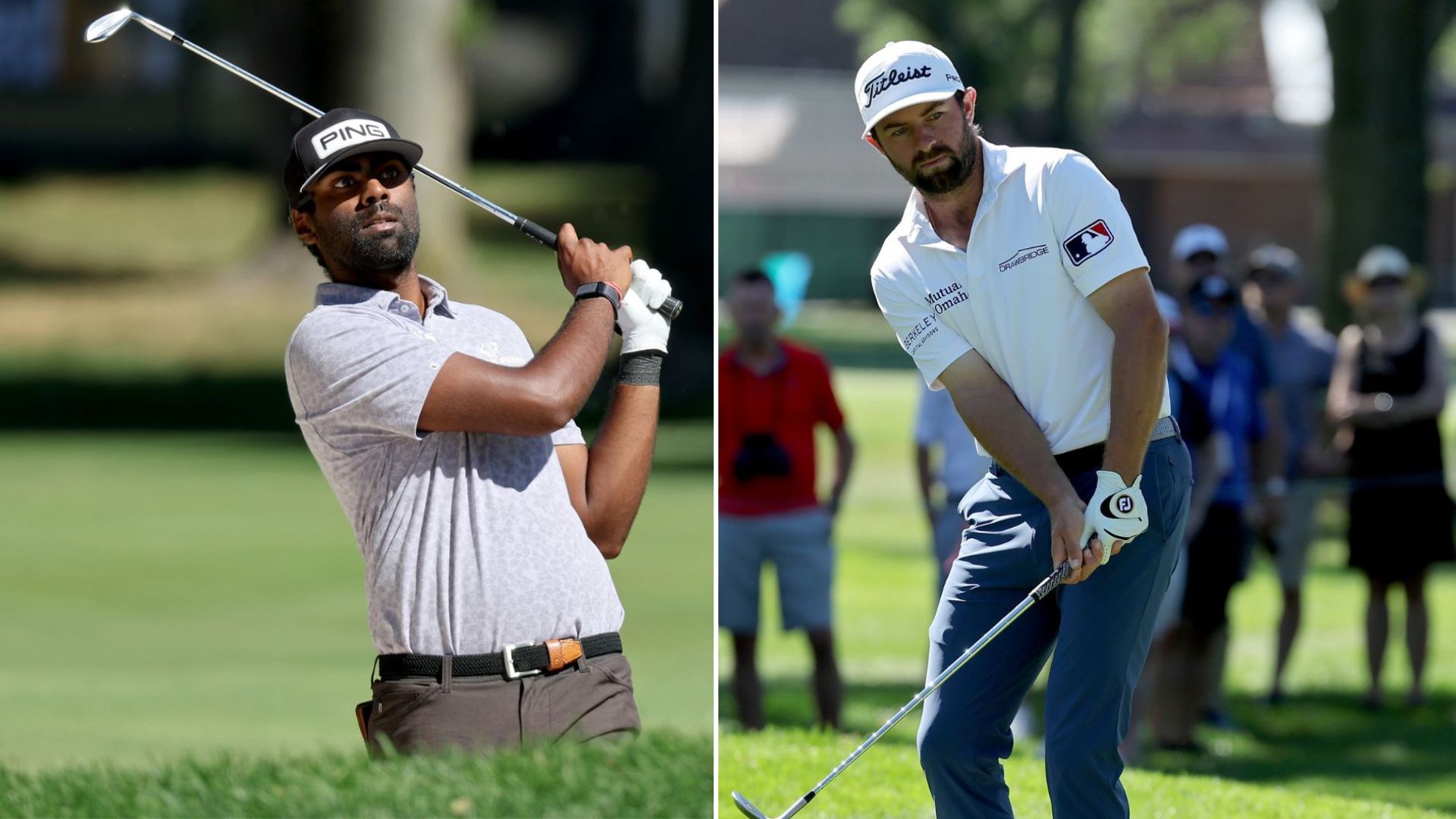 Could the PGA Tour Rookie of the Year race be decided at the Rocket Mortgage Classic?

Two of the award’s front runners, Sahith Theegala and Cameron Young, find themselves near the top of the leaderboard in Detroit after 36 holes, with Young holding the clubhouse lead at 10 under, one stroke ahead of Theegala.

Both are winless this season, but they’ve displayed flashes of brilliance. Theegala, the 2020 Haskins and Nicklaus Award winner, has had several close calls. He was the 54-hole leader at the Sanderson Farms Championship, but placed T-8. He was tied for the WM Phoenix Open lead through 16 holes on Sunday, but the Californian’s tee shot on No. 17 fell in the water and he finished T-3, one shot out of a playoff. And at the Travelers Championship, he was on his 72nd hole with the lead but bladed his bunker shot and fared T-2.

Young, though, is considered the current frontrunner. The New Yorker has six top-5s to Theegala’s three, placing him 13th in the FedExCup standings, 25 spots higher than Theegala. But the events that Young, 25, has come close to winning makes his rookie campaign even more impressive.

Top-3s at the Sanderson Farms, RBC Heritage and Wells Fargo Championship are nothing to scoff at, but Young’s year has been highlighted by a runner-up at the Genesis Invitational, a T-3 at the PGA Championship and another runner-up at The Open.

“(Young is) having one of the best rookie seasons I can think of,” Adam Scott said after his round Friday. “He hasn’t won a tournament yet, but obviously he’s very confident and he’s a great young player.”

With both knocking on the door for a breakthrough win, Theegala notes that if the season ended today, Young would edge him out for the award.

“(Rookie of the Year is) not really a goal that I had or even now that I’m close that I feel like I need to get or anything,” Theegala said. “It’s just those guys, like Davis [Riley], Mito [Pereira]. I mean, Cam Young by far is the frontrunner right now in my opinion and more deserving right now. If I happen to have a great couple weeks here and in the playoffs, then maybe that might change, but like I said, I think Cam’s 9 or 10 under today. Yeah, he’s such a talent and I think he’s deserving of it.”

The respect, though, is mutual.

“(Winning Rookie of the Year) would be very special,” Young said. “I know it’s named after Arnold Palmer, who went to Wake Forest as well and someone who was instrumental in kind of building the PGA Tour and the game of golf. It would be a huge honor. I know my (college) teammate Will [Zalatoris] won last year, so I would love to follow in his footsteps there.

“Sahith I’m sure is just being humble. I think he’s got every bit as good a chance as I do really and I think it will come down to kind of who plays the best in the playoffs. I mean, he’s had plenty of chances to win. He’s had more leads I think late than I have. I’ve been chasing a lot more. I think we’ve kind of — I mean, we’ve obviously had similar years and we’ll have to see what happens the next few weeks.”

If one of the two young guns can take home the hardware this week from Detroit, that may be the deciding factor for who puts another trophy on the shelf later this year. Even if Theegala emerges victoriously in the Motor City, Young may still have the edge for Rookie of the Year. But, no doubt, that will make an already close race even tighter.