↓ Skip to Main Content
Home › Blog › Rory McIlroy and Tom Kim put on a show at CJ Cup, both 1 off lead

Rory McIlroy and Tom Kim put on a show at CJ Cup, both 1 off lead 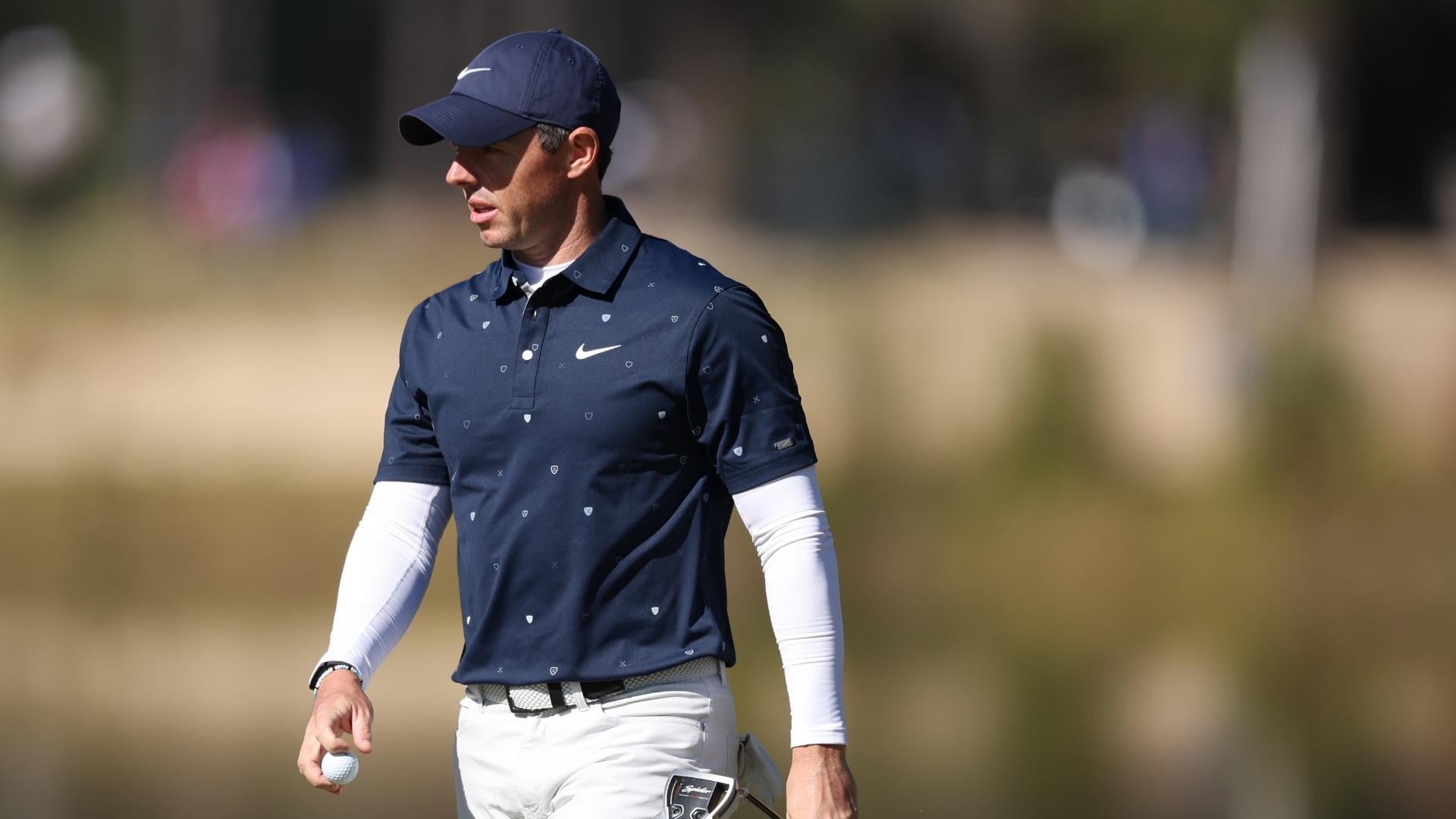 
RIDGELAND, S.C. — Tom Kim felt as much a spectator as a player Thursday in the CJ Cup, amazed at how Rory McIlroy produces so much power with so little effort.

Kim wasn’t too bad himself.

They were the star attractions on a beautiful morning at Congaree Golf Club, one of them pursuing the No. 1 world ranking, the other a 20-year-old who is quickly becoming one of the more popular players among his peers.

Trey Mullinax and former U.S. Open champion Gary Woodland each had a 6-under 65. McIlroy and Kim, who played together in the same group with Rickie Fowler, were among six another shot back at 66.

“He makes this game look so easy,” said Kim, who won two weeks ago in Las Vegas to become the first player since Tiger Woods with two PGA Tour titles before turning 21. “It was really hard to just kind of play my own game sometimes, seeing the lines he took. It was like 380 [yards] to the runout and he was saying, ‘Sit!’ I was like, ‘Really? Like sit?’ But he almost made it.

“Obviously, what was the most important thing for me today was trying to play my own game and not look at his line. But it was still so much fun.”

McIlroy was equally impressed, mainly at how polished Kim plays at such a young age.

They matched birdies for so much of the day in different manners. One example was the par-5 fourth hole, where McIlroy hit a 360-yard drive that bounded along the firm, wide fairway, and belted a fairway metal just through the green. Kim was 50 yards behind him off the tee, still 64 yards from the hole after a fairway metal, and then clipped a wedge over a bunker to 7 feet for birdie.

McIlroy really showed his driving ability on the 366-yard 15th, with sand and water along the right side of the green. He hit his drive just onto the front of the green, even as Jon Rahm and Justin Thomas in the group ahead were putting.

“The longer I stood over that tee shot, the more likely it was that I was going to lay up, so I just needed to step up and hit it,” McIlroy said. “Whether they were on the green or not, I had to go.”

Some apologies were in order by McIlroy, minus the hard feelings.

McIlroy needs to win or finish second (with some help from Scottie Scheffler) to reach No. 1 in the world for the ninth time in his career, and he was off to a good start with a bogey-free round.

According to OWGR projections, there are two scenarios in play at the CJ Cup for McIlroy to leapfrog Scheffler and ascend to the top spot for the first time since July 2020: McIlroy could win at Congaree, provided Scheffler doesn’t finish in at least a two-way tie for second; or he could place solo second with Scheffler finishing worse than 34th.

Kim was one better, firing at pins with his superb iron play and not getting as much as he would have liked with his putter. He was tied for the lead until pulling his tee shot on the 18th, having to play short of the water and missing an 8-foot par putt.

“He didn’t really miss a shot out there,” McIlroy said. “He’s a very, very solid player, plays to his strengths. Makes the same swing at it pretty much every time. He was sort of picking my brain a little bit out there about speed training and I’m like, ‘No, no, no, no.’ I think as he gets older and maybe a touch stronger, he’ll get that naturally.

It was a good day for so many in the 78-man field, starting with Mullinax and Woodland. Both ran off three birdies early. Mullinax was already 7 under through 12 holes when his birdies dried up. Woodland finished with two birdies.

But it wasn’t good for everyone.

Scottie Scheffler — the No. 1 player since late March and currently trying to hold off McIlroy — switched putters and didn’t have much to show for it with two birdies and two bogeys for an even par 71.

Jordan Spieth had a 75 with a round that included a triple bogey and a putt he missed from 16 inches. Spieth tried to backhand his short par putt on the 16th and it missed the hole, the lowlight of an already rough start to his season.

Fowler, who had the 54-hole lead in Japan last week, fell back early when he four-putted from 20 feet on the fourth hole. He had a 74.