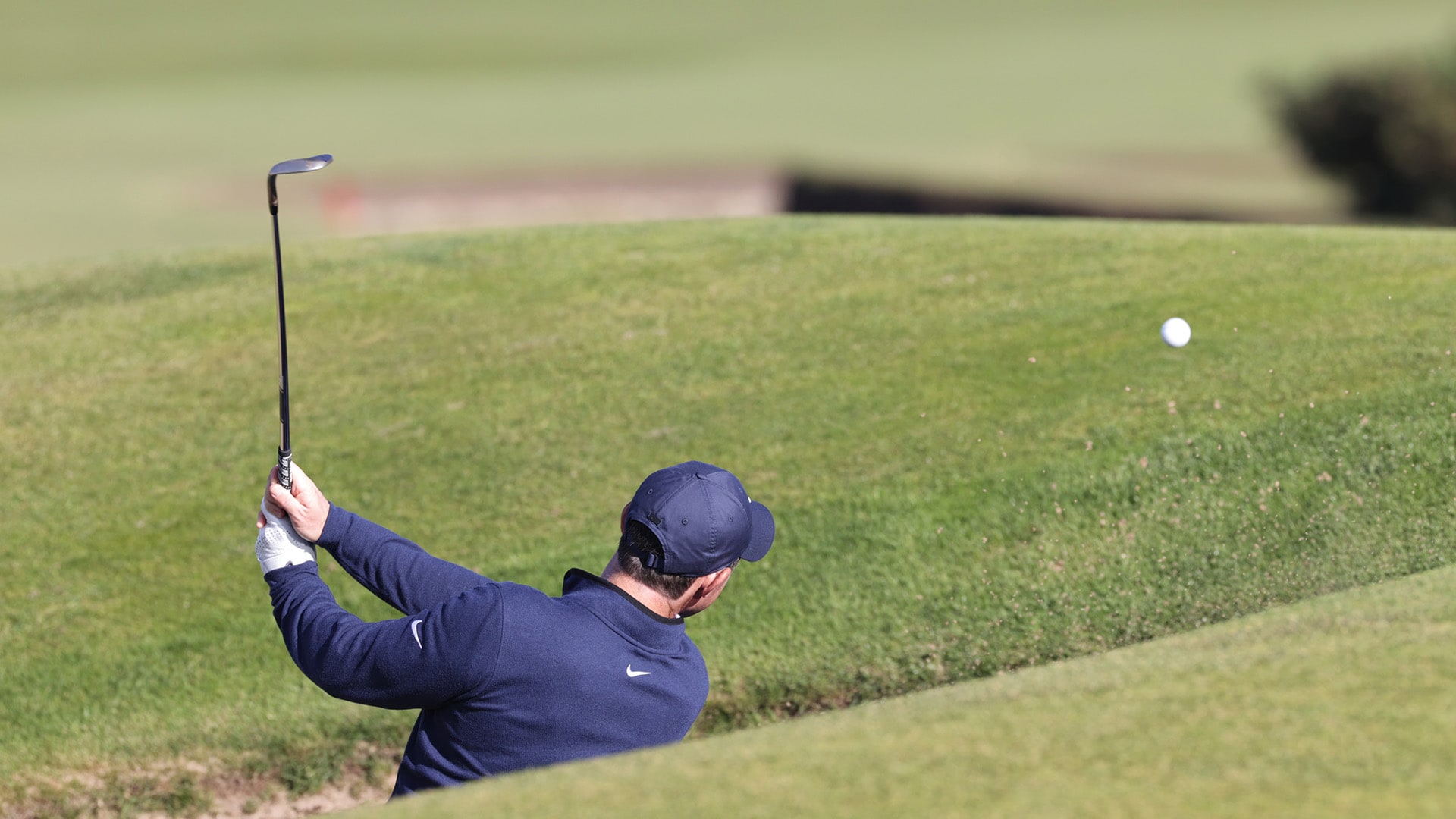 There’s never a dull Sunday when Rory McIlroy is at St. Andrews.

The world No. 2 was facing an eight-shot deficit as he headed to the first tee at the Old Course Sunday morning, but he was a mere four shots back of a trio of players who sat T-2 through 54 holes.

When overnight leader Richard Mansell, who was seeking his first DP World Tour victory, stumbled on his opening nine, McIlroy found himself within a shot of Ryan Fox’s lead as he stood on the tee at the par-5 14th.

A perfect tee shot left the Northern Irishman with an approach shot of about 260 yards from the middle of the fairway to a front-right flag. McIlroy deployed his longest iron, which was headed toward the middle of the green when it ricocheted off one of the severe slopes for which Scottish golf is so well known.

McIlroy’s ball finally came to rest in a greenside bunker long and left of the 14th green and he was unable to pull off the difficult up-and-down, having to settle for a demoralizing par at the reachable par 5.

“Played well again today,” McIlroy said after his final-round 6-under 66. “I didn’t make birdie at 14, which sort of halted the momentum I had. It was a bit of a struggle on the way in. Came up two or three short of my target in the end.”

After a stretch which saw McIlroy birdie six of nine holes in the middle of his round, the four-time major champion stalled with pars at 14, 15 and 16 before heading to two of the most famous holes in golf.

A pulled tee shot at the 17th left McIlroy coming into the par 4 from a bad angle in the left rough. As soon as he made contact with the second shot, he could be overheard saying in disgust, “The one place you can’t hit it,” and he was right. The approach took one bounce and dived into the Road Hole bunker just short of the green.

McIlroy had no chance to get his third shot on the green after his ball settled near the face of the diabolical greenside bunker, electing to pitch out left of the green. He would get up-and-down from there for his bogey, but the damage was done and the comeback was off.

The FedExCup champion and current DP World Tour points leader birdied the short par-4 18th, but it was too little, too late, as McIlroy will come up just short once again at the Old Course.