↓ Skip to Main Content
Home › Blog › Rory McIlroy could return to world No. 1 for ninth time: ‘Point of pride”

Rory McIlroy could return to world No. 1 for ninth time: ‘Point of pride” 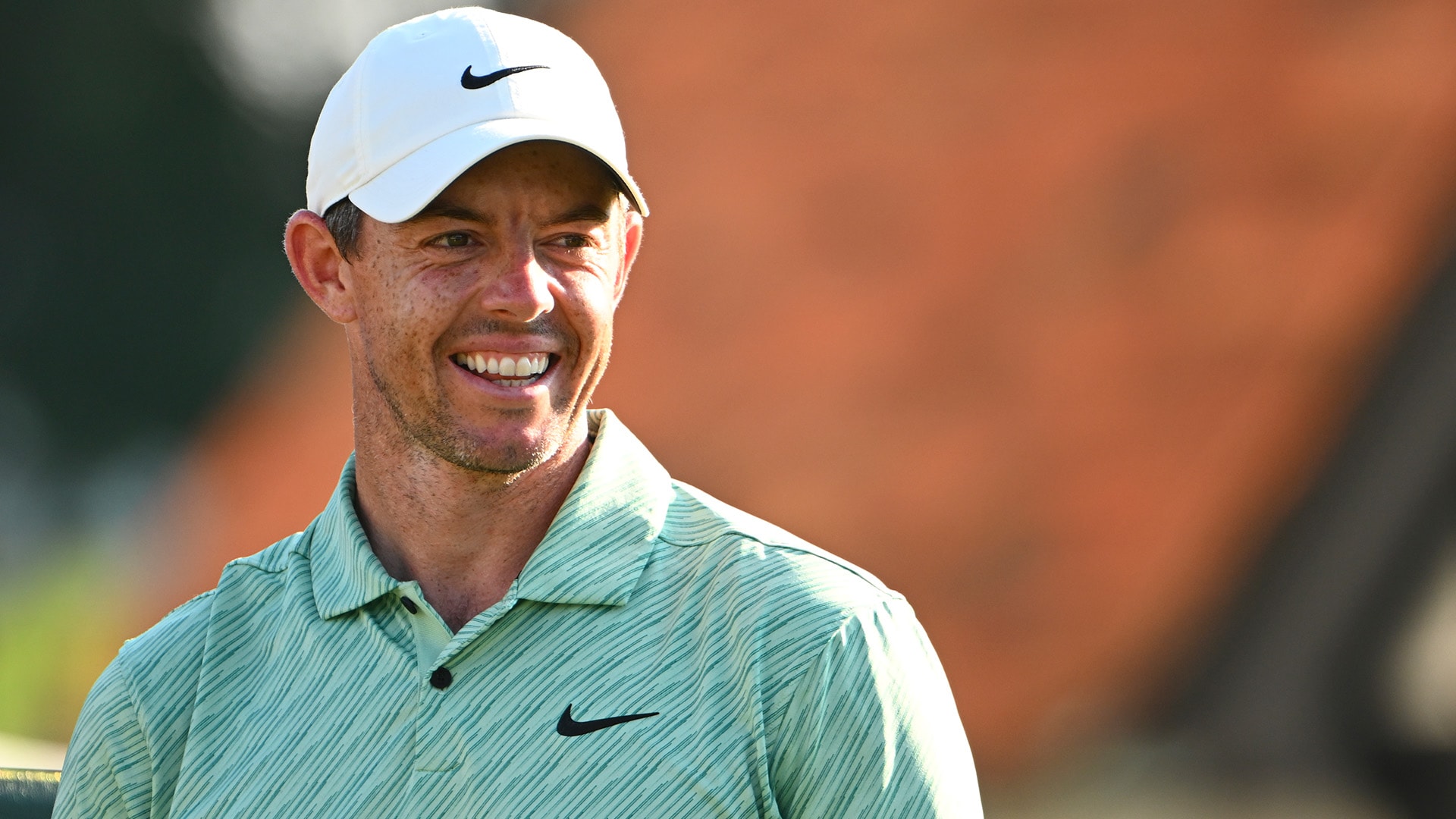 
RIDGELAND, S.C. – Rory McIlroy is on the cusp of returning to world No. 1 for the ninth time in his career.

According to OWGR projections, there are two scenarios in play at the CJ Cup for McIlroy to leapfrog Scottie Scheffler and ascend to the top spot for the first time since July 2020: McIlroy could win at Congaree, provided Scheffler doesn’t finish in at least a two-way tie for second; or he could place solo second with Scheffler finishing worse than 34th.

Full-field tee times from The CJ Cup in South Carolina

“This is a point of pride for all of us out here to be highly ranked, and to get to No. 1 in the world at whatever you do is an unbelievable accolade and something that you should be proud of,” McIlroy said ahead of his final Tour start of the calendar year. He will have three weeks off before competing in the DP World Tour’s season-ending championship in Dubai.

“Obviously, I have a chance to do it this week, but I’m proud of the fact that I’ve at least given myself a chance again. The last [time at No. 1] we were coming back from the lockdown from COVID in July 2020, and I feel like my game and my life has changed considerably since then, so it’s nice to have the opportunity again.”

McIlroy has had a stellar run since the Masters, winning once, posting the lowest 72-hole total at the Tour Championship and recording just two finishes outside the top 10. That surge has coincided with Scheffler’s cooldown, after he won four times in a two-month span but not since the Masters.

McIlroy has spent a total of 106 weeks at world No. 1, fourth-most all time. He recalled Wednesday when he first climbed to the top spot, after winning the 2012 Honda Classic.

“I remember waking up the next morning and being like, Is this it?” McIlroy said. “You work toward a goal for so long, and then you wake up the next day and you don’t feel any different after having achieved it. So then it’s a matter of having to reframe your goals and reframe what success looks like. … It feels great in the moment, and the bad thing is you maybe work harder to stay there. When you’re striving toward something, once you get there, it’s great. But I think the hard work is actually staying there.”

Rory McIlroy and Matt Fitzpatrick headline the top 10 power rankings for the CJ Cup at Congaree.

The 26-year-old Scheffler has held the No. 1 ranking since he won the WGC-Match Play in late March, a total of 30 weeks. If McIlroy clips him to reach the pinnacle for the ninth time, he’ll view it as yet another rewarding moment in his professional career.

“It illustrated you can have your runs and you can stay there,” McIlroy said, “but the cool part is the journey, and the journey getting back there. It’s sort of like a heavyweight boxer losing a world title and it’s a journey to get that title back. That’s the journey I’ve been through over the past 12 months.”