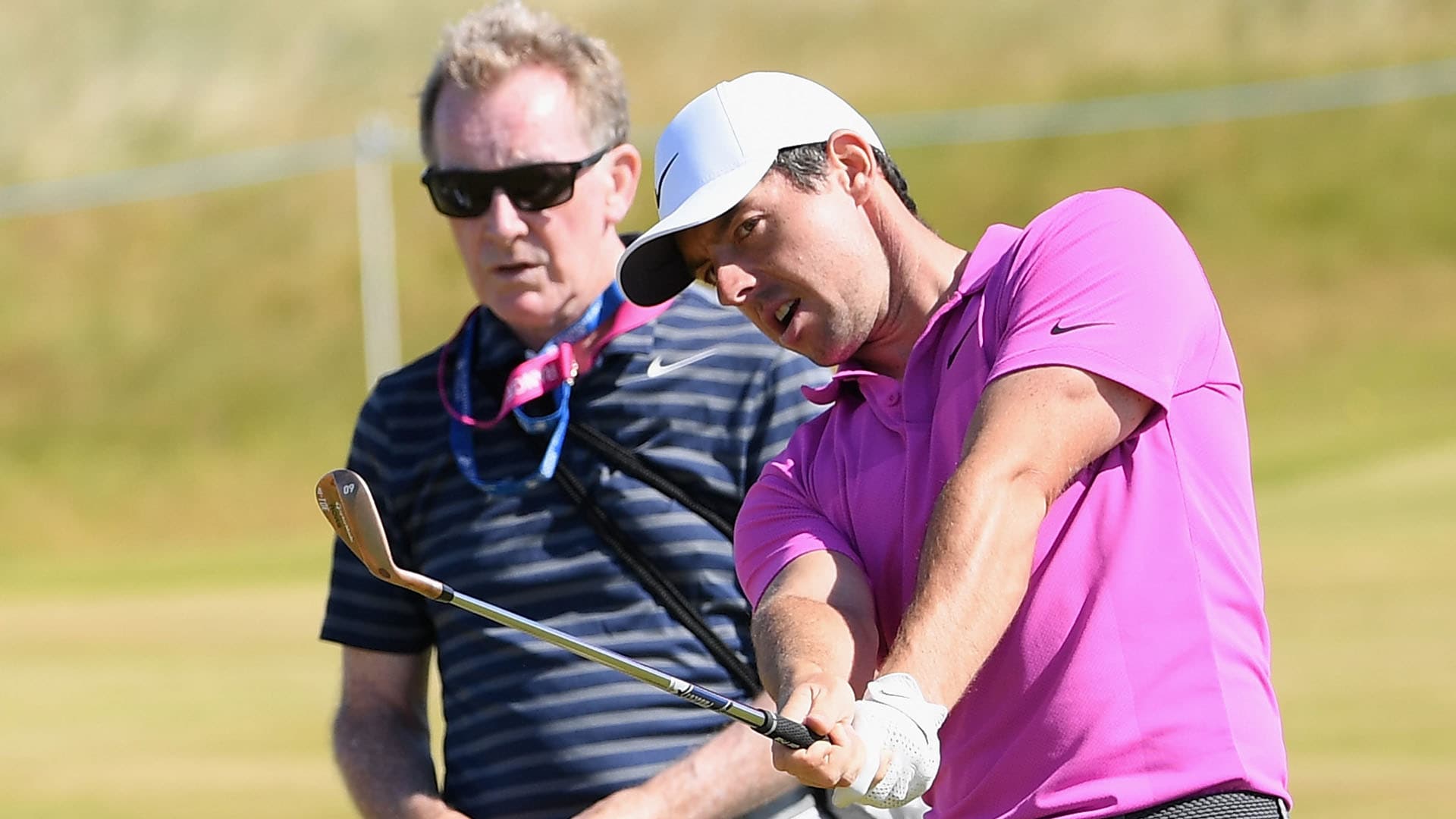 DUBLIN, Ohio – After an admittedly slow start since the PGA Tour resumed its schedule last month, Rory McIlroy needed a tune-up and that meant some one-on-one time with swing coach Michael Bannon.

“It was the first time I’d seen him since the start of February, so it was nice to spend some time with him and get some good work done and feel a bit better about my game and my swing going into this week,” MclIroy said Wednesday at the Memorial.

Like many players and caddies who had to return from Europe or elsewhere in the world for the Tour’s restart, Bannon was able to travel to the United States on a waiver and he stayed at McIlroy’s house while he was in south Florida.

“Michael wasn’t really comfortable going out or doing anything, so we were on the range and then back at the house, and that was really it,” McIlroy said. “I’ve sent him videos over the last few months and he can see what the swing is doing, but it’s hard for him to see what the ball flight is and just all the sort of stuff that goes along with being a golf coach.”

Specifically, McIlroy said he and Bannon focused on some technical aspects of his game and keeping his clubface from becoming “shut” in the back swing.

“There’s a couple little things that we worked on, but it was really good to see him and I think very beneficial that I was able to spend that time with him,” said McIlroy, who hasn’t posted a top-10 finish since the Tour’s restart.