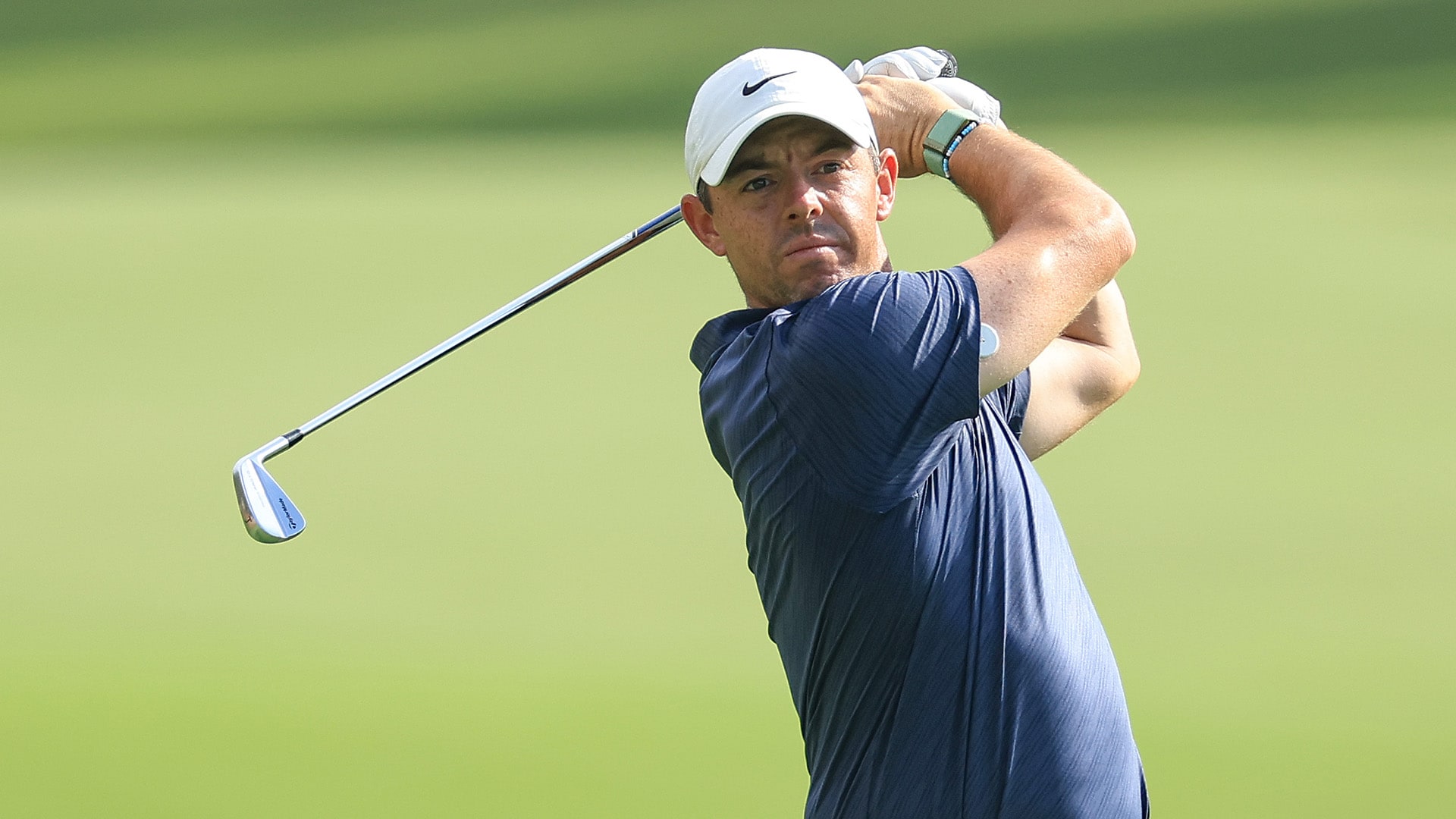 Rory McIlroy’s first 33 holes at the DP World Tour Championship were, as he put it, “quite average.”

He was right. Seven birdies against six bogeys to open his championship is, by his high standard, quite average indeed.

Then came the final three holes Friday in Dubai.

With Matt Fitzpatrick and Tyrrell Hatton in front at 12 under, McIlroy needed some magic to keep the leaders within striking distance headed into the weekend.

A birdie-birdie-eagle finish after a lackluster start certainly qualifies as magic for the No. 1 player in the world.

“It was nice to finish with a flourish and at least have some positivity going into the weekend,” McIlroy said. “I obviously got myself a little closer to the leaders.”

The four-time major champion was asked whether something clicked toward the end of his round.

“I think it just happened,” McIlroy said. “Hit two lovely shots into 16 and hit a really nice iron shot into 17. And then got lucky at the last. I was trying to go up the left side of the creek, and I ended up going up the right side. It’s one of those ones, you’re in the middle of it, you might miss it one side or the other.

“But yeah, got away with it and hit a great 4-iron for the second, probably the best swing I’ve made all week, to set up the eagle.”

The approach at 18 came from 226 yards out and finished 3 feet 2 inches from the hole for a kick-in eagle.

Even with the stellar finish, McIlroy finds himself seven shots off the lead shared by the two Englishmen. He knows average golf won’t be enough if he hopes to close that gap this weekend.

“Fitz is obviously making it more difficult for me,” McIlroy said. “I don’t know what the permutations are but as long as he keeps playing well, I’m going to have to play better. It’s a good challenge coming up the last 36 holes, and I at least feel like I’ve still got something to play for here, so I’m excited for that.”