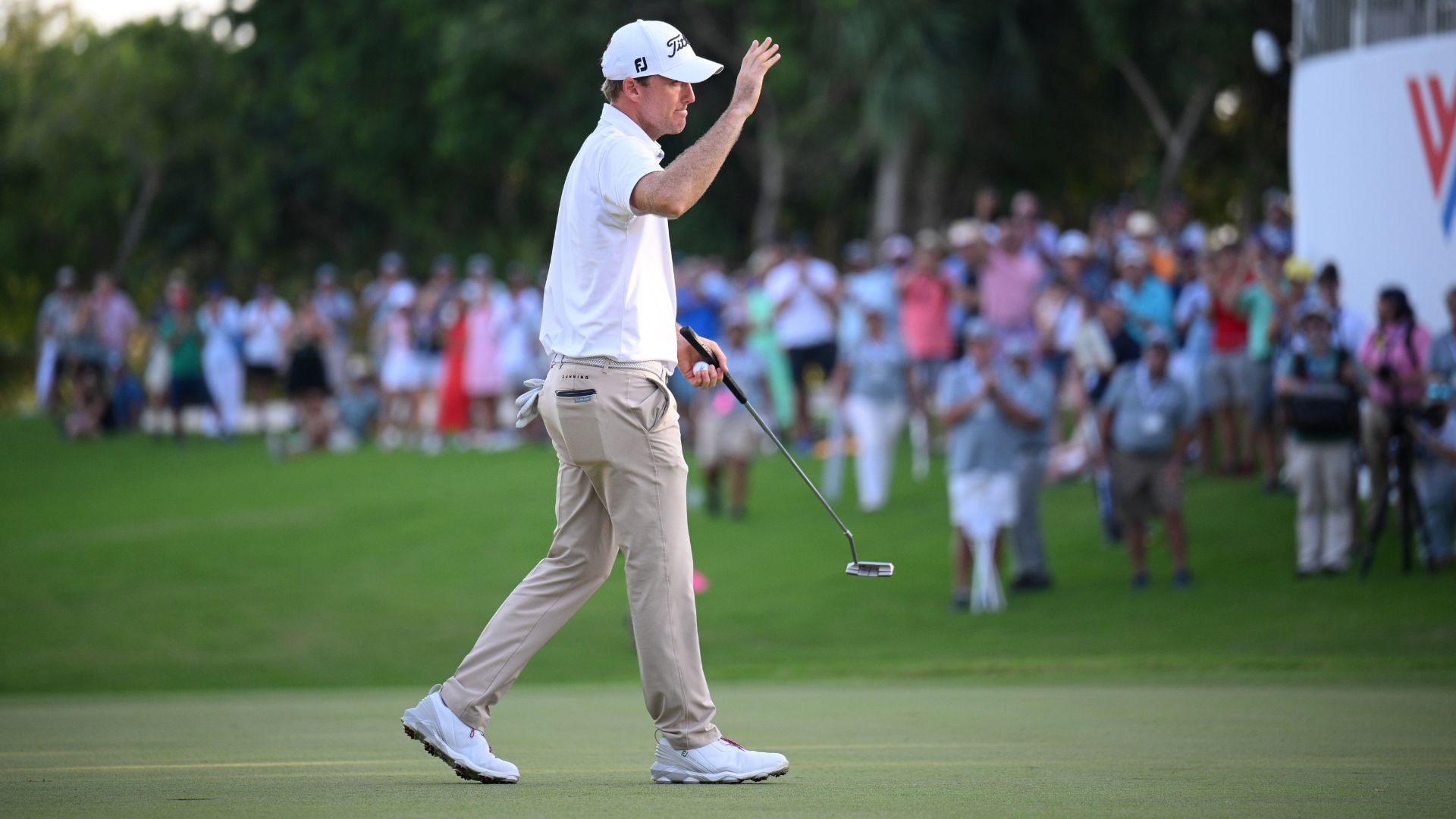 
Sleeping on 54-hole leads has been more of a burden than a blessing for Russell Henley.

“I don’t sleep well on a lead,” Henley said. “I need a lot more practice. I have no idea how Tiger [Woods] did this 80-some times. It’s tough for me just to kind of calm down.”

Until Sunday at Mayakoba.

Thanks to 54 bogey-free holes at Mayakoba’s World Wide Technology Championship, Henley slept on a six-shot lead Saturday night, the PGA Tour’s largest 54-hole lead since Jon Rahm’s at the 2021 Memorial.

That cushion was more than enough. With a final-round 1-under 70, Henley finally bucked his Round 3 lead woes and won his first event since the 2017 Shell Houston Open.

And all those previous heartbreaks made this win even sweeter.

“A lot of these events that I haven’t come through on, just means so much more,” Henley said after edging Brian Harman by four shots. “I tried to learn from those situations where I didn’t get it done and didn’t come through down the stretch, just tried to keep working on my game and keep practicing hard and keep believing that I can do it. Took a little longer than I wanted, but I’ve been playing some good golf for a few years and it’s nice to get a W.”

Trying to change his juju with a lead going into the final round, Henley caught the end of the Georgia-Tennessee game, where his alma mater (Georgia) beat the No. 1 team in the country. He then said he was going to watch the World Series before going to sleep, hoping his rest would be smoother than the last few Saturdays he’s gone to bed with a lead.

Judging by his play Sunday in Mexico, he slept like a baby. After recording his first bogey of the tournament on the par-5 fifth, Henley shook it off and recorded three straight birdies, rather than spiral downwards like years past.

With a newfound calmness and confidence, Henley held on to a lead for the first time in a while and gave the Georgia Bulldogs community another big win this weekend.

“That’s the fun of it, that’s why we play,” he said. “We want to see what we’re made of out here and get tested under pressure.”

Now maybe he better understands how Woods did it so many times.