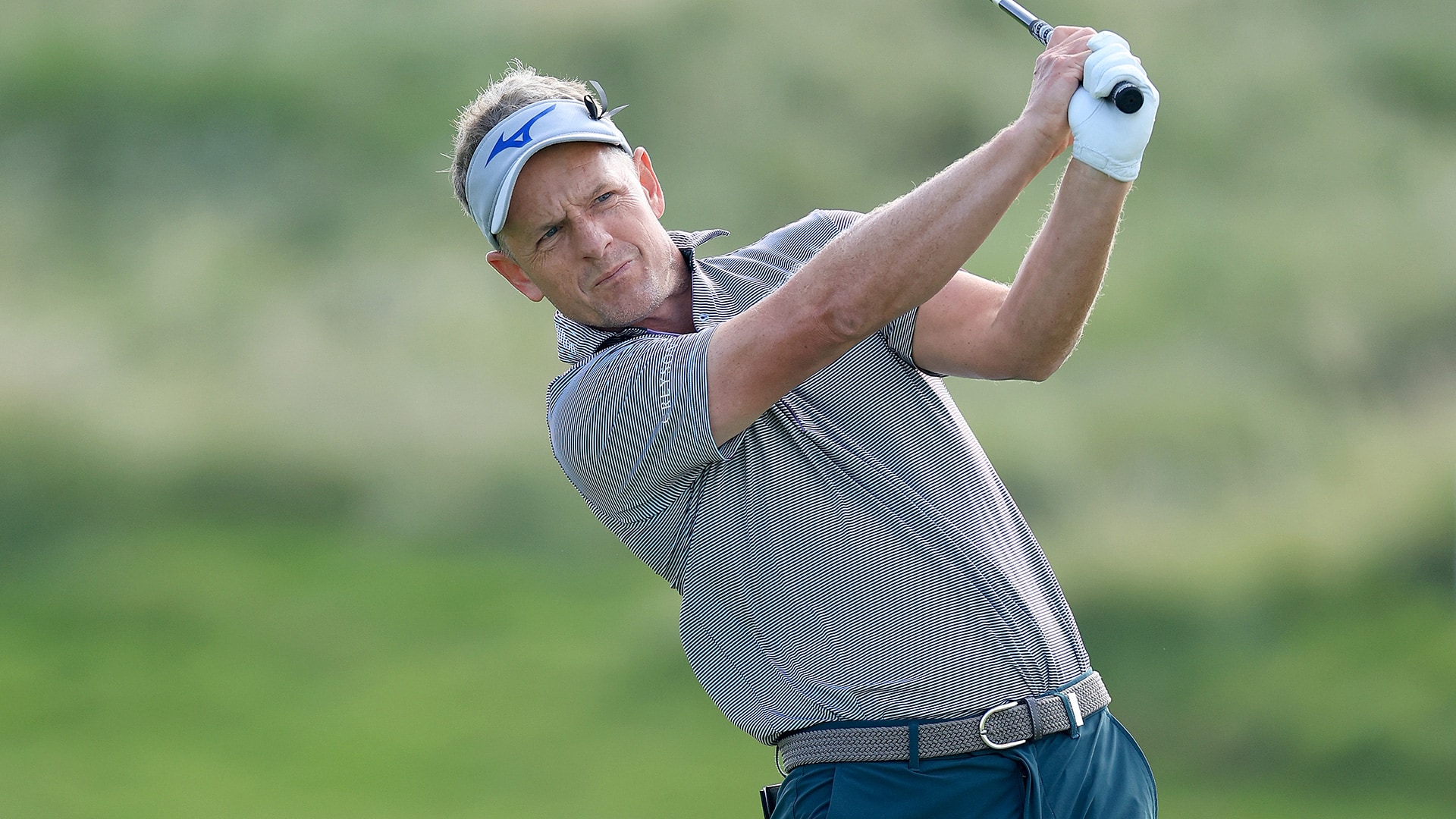 ABU DHABI, United Arab Emirates – Europe captain Luke Donald upstaged many players who will be in his team at the Ryder Cup by shooting 8-under 64 to take the first-round lead at the Abu Dhabi Championship on Thursday.

Donald rolled in a 4-foot putt at No. 9 – his last hole – to close with four straight birdies and have nine in total on his card at the start of one of the top events on the DP World Tour schedule, and the first of 2023.

Now ranked No. 541, Donald’s name is rarely seen on leaderboards but his profile has been raised by getting the Ryder Cup captaincy for the contest against the United States outside Rome in September.

Win at Yas Island Links this week and he might be in with a chance of being a playing captain.

Still, the likes of Shane Lowry, Tyrrell Hatton and Tommy Fleetwood – players expected to be on Europe’s team at Marco Simone Golf & Country Club – couldn’t stay with Donald on a day when scoring was lower among the morning starters before wind picked up.

Guido Migliozzi – an Italian with a chance of making the Ryder Cup team – and Australia’s Jason Scrivener shot 65 and were one stroke off the lead. Seamus Power, an Irishman also with Ryder Cup hopes, had a 66 and was alone in fourth place.

Lowry, the highest-ranked player in the field, and rejuvenated Italian Francesco Molinari, coming off a good week at the Hero Cup last week, were in a group on 5 under par after 67s.

Fleetwood, who was playing on his 32nd birthday, shot 66 as did Henrik Stenson, playing his first event on the European tour since losing the Ryder Cup captaincy for joining LIV Golf six months ago.

Lee Westwood made 69 while fellow LIV golfer Patrick Reed shot even-par 72 to lie eight shots behind Donald, who said he was not surprised to go so low.

“Just kind of suits my eye,” he said. “It’s not too tight off the tee. You have to pick some good lines.”