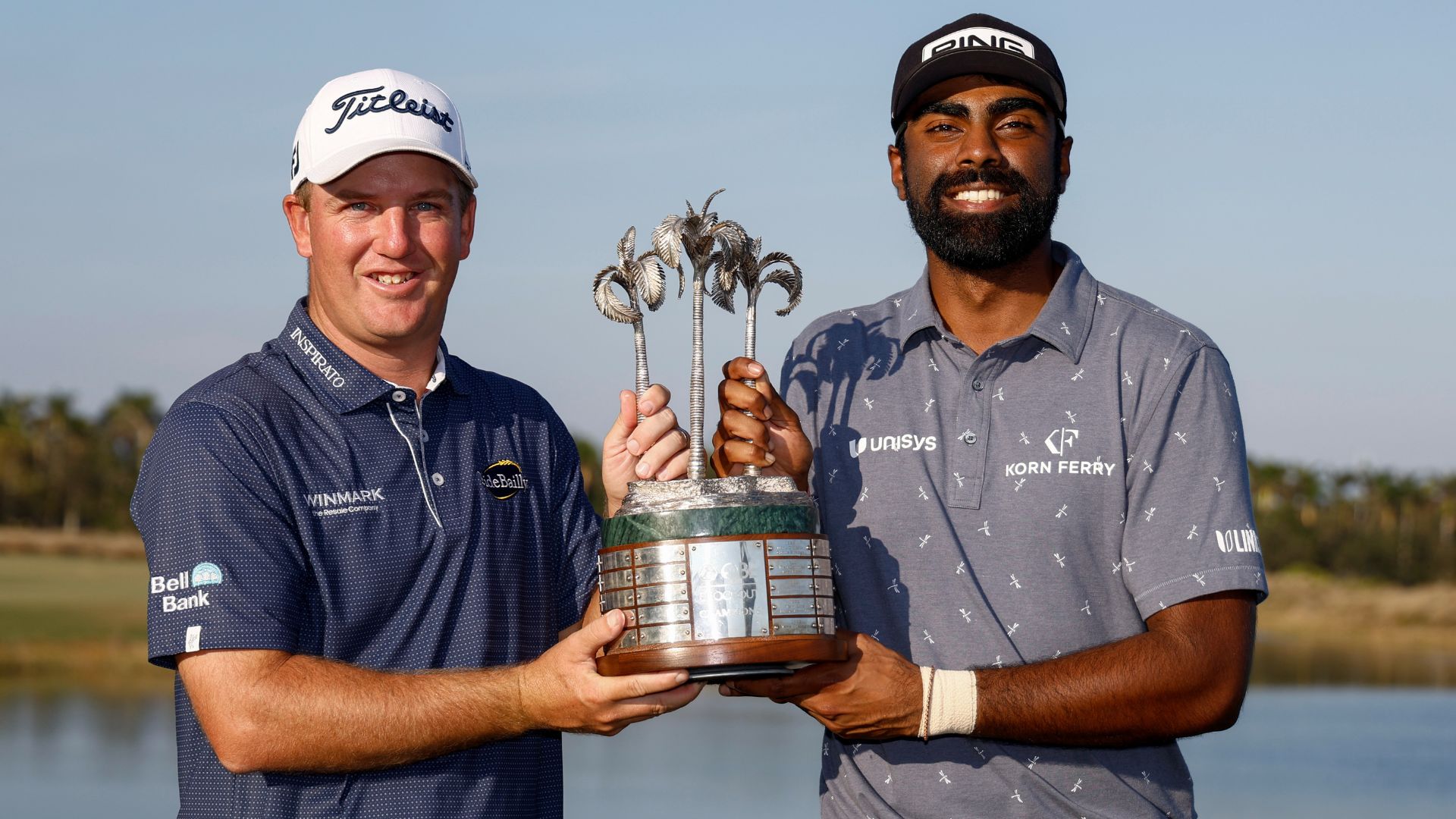 
NAPLES, Fla. — Sahith Theegala made a 15-foot birdie putt on the final hole Sunday as he and Tom Hoge closed with a 10-under 62 in fourballs and became the first rookie team to win the QBE Shootout in 11 years.

Ryan Palmer and Charley Hoffman each missed birdie putts from about 12 feet at Tiburon Golf Club that would have forced a playoff. They had a 65.

Theegala was coming off a strong PGA Tour rookie season in which he reached the Tour Championship and twice had chances to win going to the final hole of tournaments.

Full-field scores from the QBE Shootout

The QBE Shootout is an unofficial event and still felt good to win.

“It’s nice to get a taste of victory because it’s so hard out here,” Theegala said.

Hoge, who won his first PGA Tour title at Pebble Beach in February, carried much of the load early when Theegala pulled a muscle in his left side on the first hole. By the end of the day, Theegala said it felt better and he was able to take fuller swings.

They still had to contend with Palmer and Hoffman, especially at the end. Palmer’s chip up a steep slope on the par-5 17th hole didn’t get up the hill and came back to him. Stepping up quickly for the next shot, he drilled it into the cup an unlikely birdie that gave his team a share of the lead.

Harris English and Matt Kuchar, trying to win the QBE Shootout for the fourth time, finished two shots behind after a 62.

Max Homa and Kevin Kisner had a 63 and finished fourth.

The top LPGA Tour player was Nelly Korda, who teamed with Denny McCarthy for a 62 to tie for fifth.