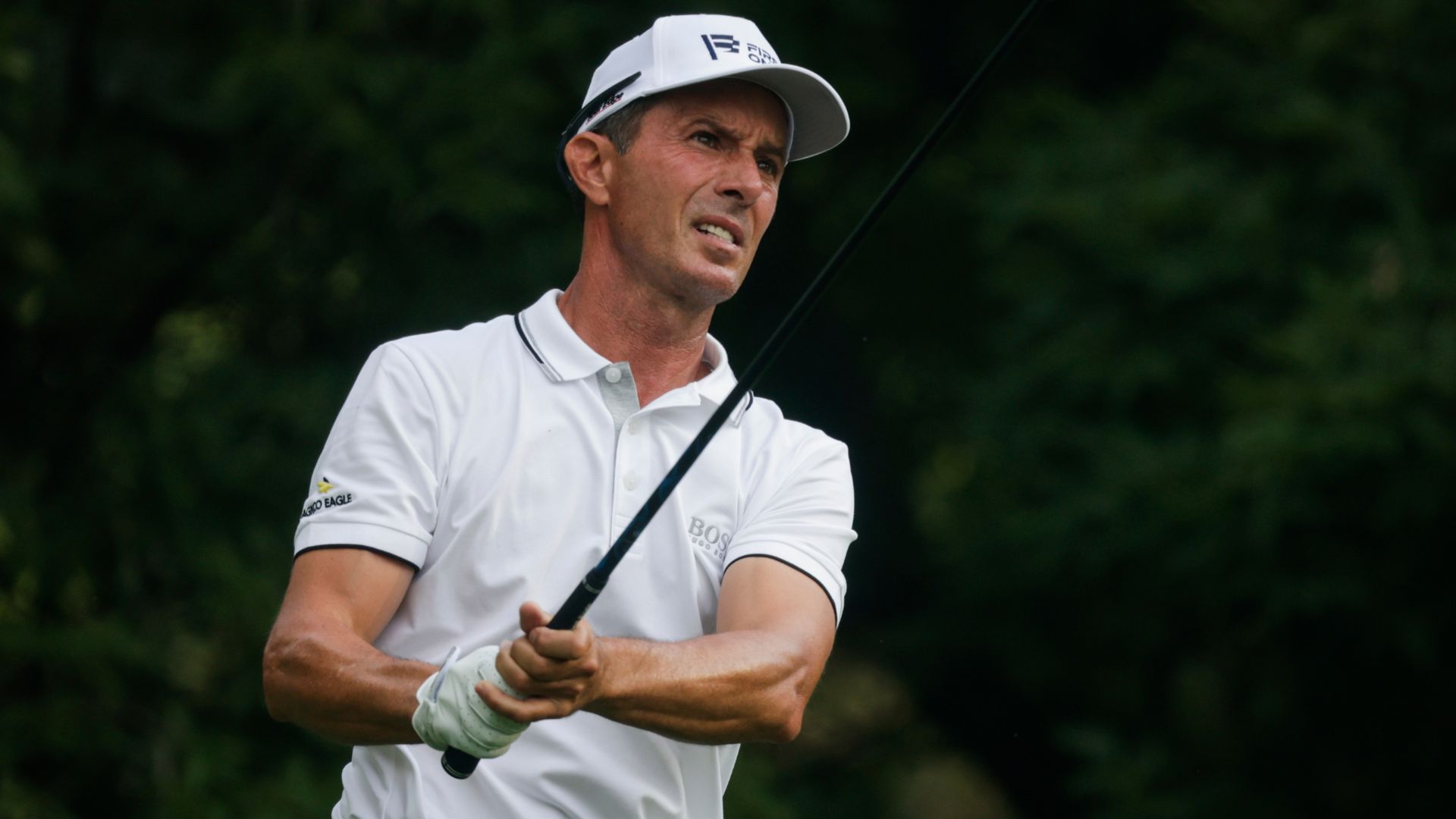 ENDICOTT, N.Y. — Mike Weir shot a 7-under 65 on Saturday to take a one-stroke lead over fellow major champion Padraig Harrington into the final round of the Dick’s Sporting Goods Open.

Weir had eight birdies and a bogey at En-Joie Golf Club in the round delayed by rain for about two hours to reach 12-under 132.

“The nice part of where I was on the weather delay, I had hit my tee shot on the eighth hole, so I was down there with just a rescue club from 218 yards or 220 yards,” Weir said. “It was a nice comfortable shot for me coming out of the rain delay. It was just a comfortable rescue club. I hit a nice shot to 20 feet for eagle and left it just short right in the middle, but it was a nice birdie and nice momentum coming off to keep the birdie momentum going.”

“I’m sure I’m going to have to shoot 6 or 7 under tomorrow with the guys that are up near the top, a lot of firepower there,” Weir said. “There’ll be no coasting, we’re going to be trying to make some birdies and keep some momentum going.”

The 50-year-old Harrington had a 67. The Irishman won the U.S. Senior Open in late June at Saucon Valley for his first victory on the PGA Tour Champions.

Ernie Els and Vijay Singh, two more major champions, were tied for third at 9 under. Els had a 68, and Singh shot 70.