Scottie Scheffler, Cam Smith, Rory McIltoy, Tom Kim: A look back at the best putts from the men 2022 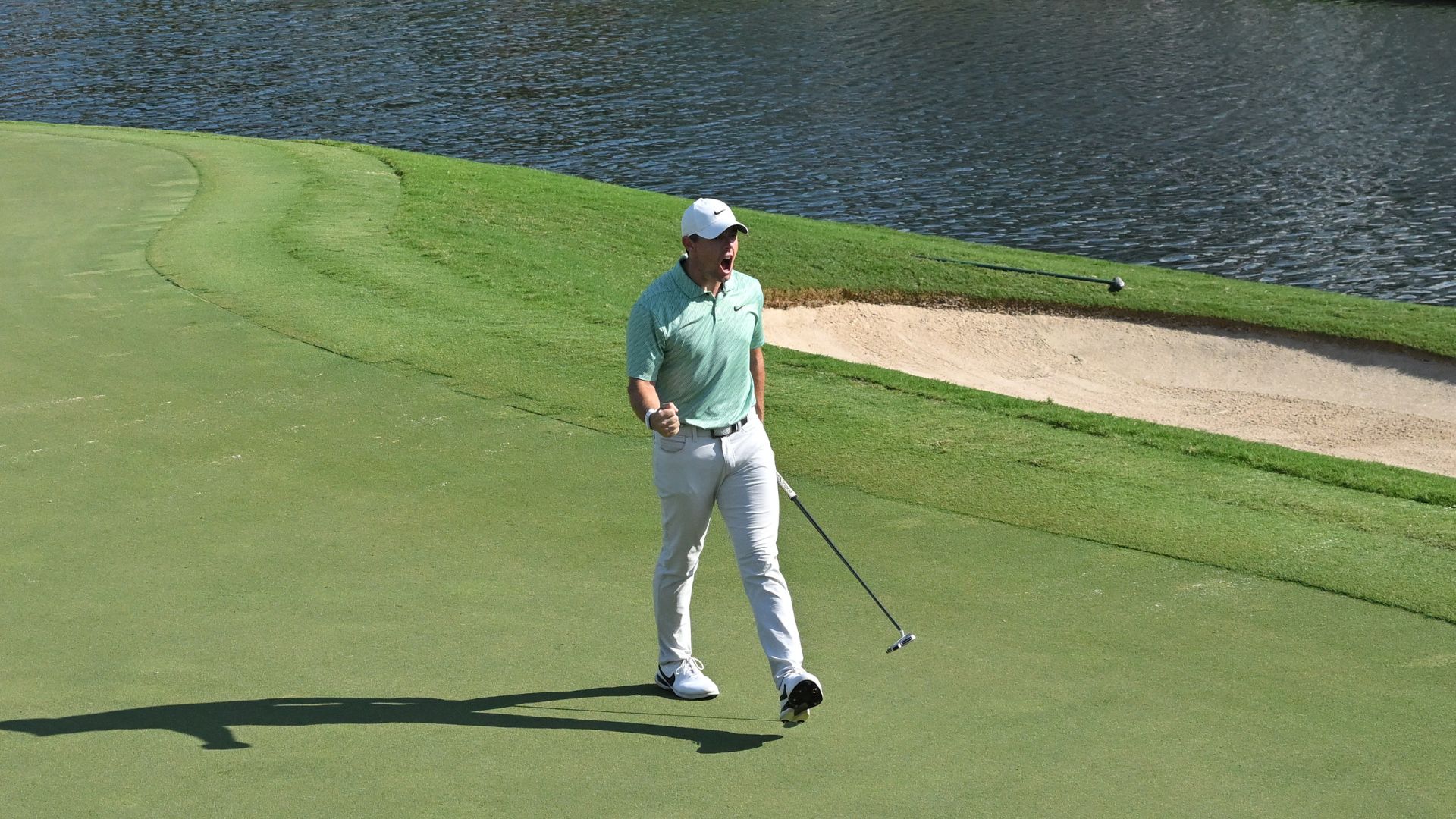 
“I won this golf tournament without a putter,” Jordan Spieth said after capturing the 2022 RBC Heritage, where he ranked 60th in strokes gained: putting.

While it’s certainly possible to win while struggling with the flatstick, it’s unlikely, as Spieth’s 2.5 strokes lost on the greens that week was the fifth-most by a victorious player since 2004. Usually, if one can work some magic with their putter, their odds of winning drastically increases.

There were many memorable putts this year in professional golf that led to victories. Here are some of them — we’ll crown them, the putts of the year in the men’s game.

Once upon a time, before he was a four-time PGA Tour winner, a Masters champion and a world No. 1, Scheffler was winless.

In pursuit of his maiden victory, he found himself in a playoff with Patrick Cantlay on Super Bowl Sunday at TPC Scottsdale. On the third bonus hole, Scheffler sank an uphill, 25-foot birdie putt to secure his first win.

Scheffler, of course, then went on one of golf’s most torrid stretches ever. But it all started with that playoff putt.

Bubba Watson and Varner seemed destined for a playoff after Watson’s birdie-eagle finish. Then Varner said, hold my beer.

After a birdie on No. 17, Varner’s second shot into the par-5 18th landed 92 feet from the hole – according to Varner’s caddie, Chris Rice. Varner then miraculously holed his putt from off the green for a walk-off eagle to avoid a playoff and notch his second professional win and first since 2016.

No Tour player, except Burns, can say they holed tournament-winning putts — emphasis on the plural — in a playoff this year.

The first came in his first-ever Tour title defense. In a playoff against Davis Riley at Innisbrook, Burns sank a 32-foot birdie for the win.

A few months later, Burns topped that. In a playoff at Colonial against one of his best friends, Scheffler, Burns completed a seven-shot comeback by canning a 38-footer for his fourth Tour victory.

After years of being engulfed in controversy, the 2018 Ryder Cupper thrillingly got back into the winner’s circle.

At the Belfry, Olesen, who was arrested in 2019 and later suspended by the DP World Tour, sank a 30-foot eagle putt on No. 17 to tie the clubhouse lead. He followed that by hooping a 36-footer for birdie to win by one — his first victory in four years.

For the second straight day, Olesen capped his round with an eagle-birdie finish. This time, however, it was to seal his first win in four years.

Jack Nicklaus eagled No. 15 at Augusta en route to improbably winning the 1986 Masters. At Jack’s Place, Horschel took a page from the Golden Bear’s book, rolling in a 55-foot eagle putt on Muirfield Village’s par-5 15th, igniting a disbelieving celebration, to pull away from the field and win.

To become a major champion, one usually needs a little wizardry with the flatstick.

In the final round at Southern Hills, Thomas was six shots behind leader Mito Pereira on the par-3 11th. However, the 29-year-old made a long birdie putt off the top of the green, sparking a historic seven-shot comeback to notch his second major.

On The Country Club’s par-4 13th, the Englishman was one stroke behind leader Will Zalatoris in the final round. When his approach landed 48 feet from the cup, Fitzpatrick was likely hoping to two-putt and stay in the hunt. However, he holed his birdie attempt from downtown to get into a share of the lead.

It was the first highlight of a marvelous back nine that made the 28-year-old the second Englishman to win a U.S. Open since 1970.

In late 2021, Li was considering retirement after making only two European Tour cuts all year.

However, in June, the China native held the lead after each of the first three rounds of the BMW International Open. Yet, he found himself in a playoff with Thomas Pieters after 72 holes.

On the first bonus hole, Li holed a 40-foot birdie putt to claim his first win in four years.

And what followed was arguably the celebration of the year.

Almost every major winner has a signature moment en route to their monumental victory.

And though Smith put on a putting clinic during his Open win, his defining moment was a putt he didn’t make.

With a one-shot lead on the par-4 17th in the final round at St. Andrews, the Road Hole bunker stood in the Aussie’s way.  Twenty-one yards from the hole, Smith opted for the roundabout and putted the ball to 10 feet. He’d end up making par.

“I think it’s just another example of why he’s one of the very best,” Cam Young, Smith’s final-round playing competitor, said. “He made a really good decision and executed it perfectly.”

Off the course in 2022, McIlroy was the Tour’s chief defender against LIV Golf. On the course, though, he claimed the Tour’s season-long FedExCup title.

Sunday at East Lake, McIlroy flared a little magic en route to notching that achievement. He started the final round six shots back of Scheffler, but caught the then-world No. 1 by the back nine.

The Northern Irishman bogeyed No. 14, but canned a 31-foot birdie putt on the following hole to tie the lead. McIlroy wouldn’t drop on the leaderboard again, capping a crazy season by winning his third FedExCup.

Kim grew up idolizing Tiger Woods. And on a stage in which the Big Cat had dazzled many times before, the 20-year-old Kim got to mimic his hero.

During Saturday’s fourball session at Quail Hollow, Kim, paired with Si Woo Kim, drained a 10-foot birdie on No. 18 to clinch a victory over U.S. powerhouse duo Xander Schauffele and Patrick Cantlay, walking off the putt before it dropped and throwing his hat to the ground in a Tiger-esque celebration.

The South Korean’s heroics also kept the underdog International team within reach of Team USA’s lead. Prior to making that putt, Kim felt the weight of the world on his shoulders.

“I was just looking down and thinking to myself that ‘Man, I want this putt to go in more than anything in the world,'” he said two weeks later, “because I’m just not playing for myself, I’m playing for everyone on [the International] team.”