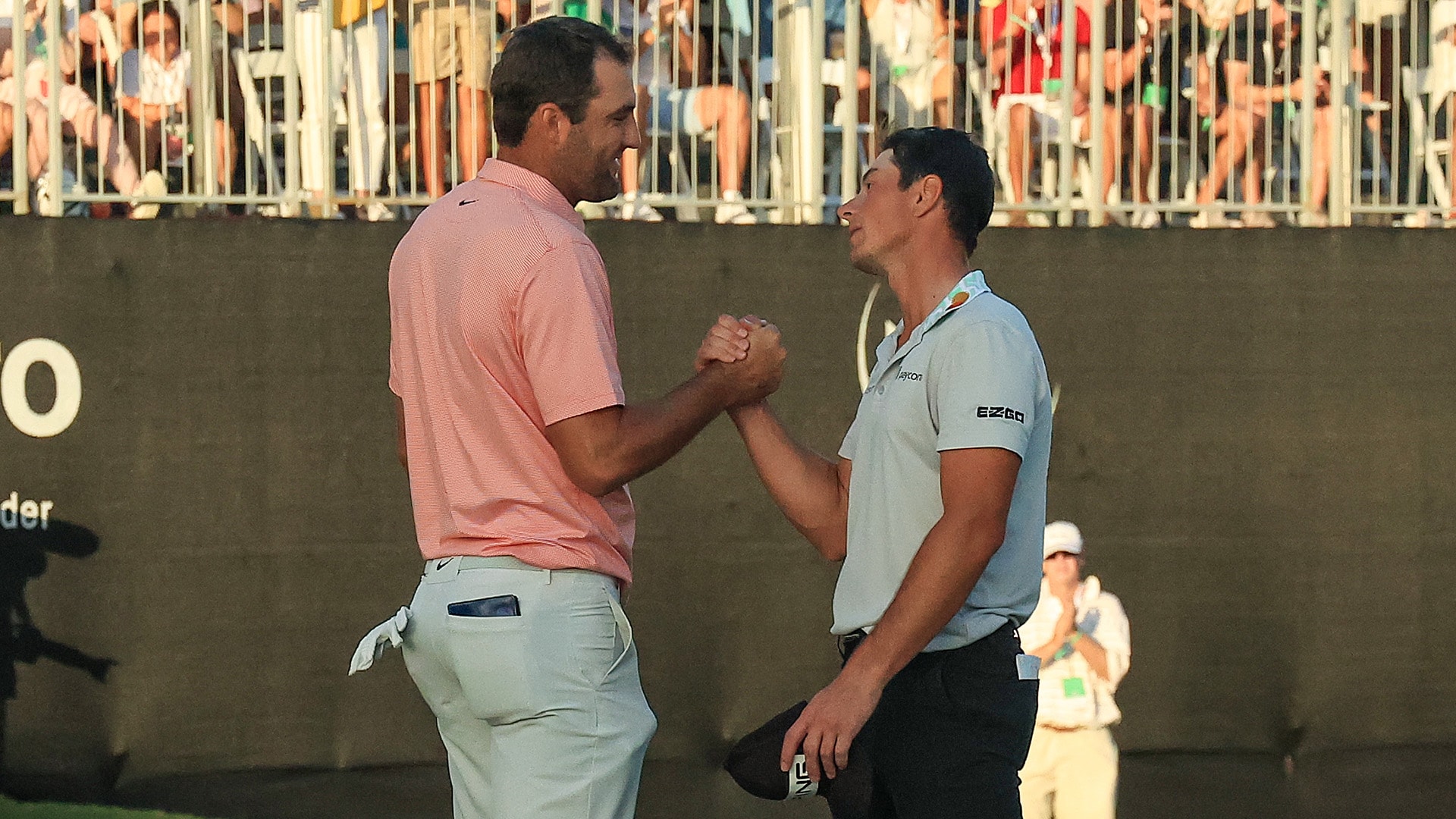 NASSAU, Bahamas – In the complicated formula that is the world ranking math, this outcome was exceedingly easy for Scottie Scheffler to understand. He came up exactly two shots short of reclaiming the top spot in the world ranking on Sunday at the Hero World Challenge.

Scheffler – who was bumped from the top spot by Rory McIlroy in October – needed to win the limited-field event at Albany Resort to overtake McIlroy but finished two shots behind Viktor Hovland, who won the event for the second consecutive year.

Although Scheffler knew what was on the line this week, he repeatedly said it wasn’t on his mind and reiterated that idea Sunday following his closing 68.

“I don’t really set long-term goals,” said Scheffler, who narrowed the gap on McIlroy to .2 ranking points with his runner-up showing. “I have dreams and aspirations, but I always felt like it’s best to stay in the present and go from there. I’ve always been extremely competitive so when I go out and practice it doesn’t take me much to put in the effort.”

While the world ranking math doesn’t seem to interest him much, Scheffler did say being in contention in his final start of the year will help guide him through the PGA Tour’s winter break.

“It’s nice to have a pressure situation the last tournament, having a chance to win so when I’m practicing I know exactly what I felt like in the situation. It’s fresh in your mind,” he said. “That’s definitely valuable.”