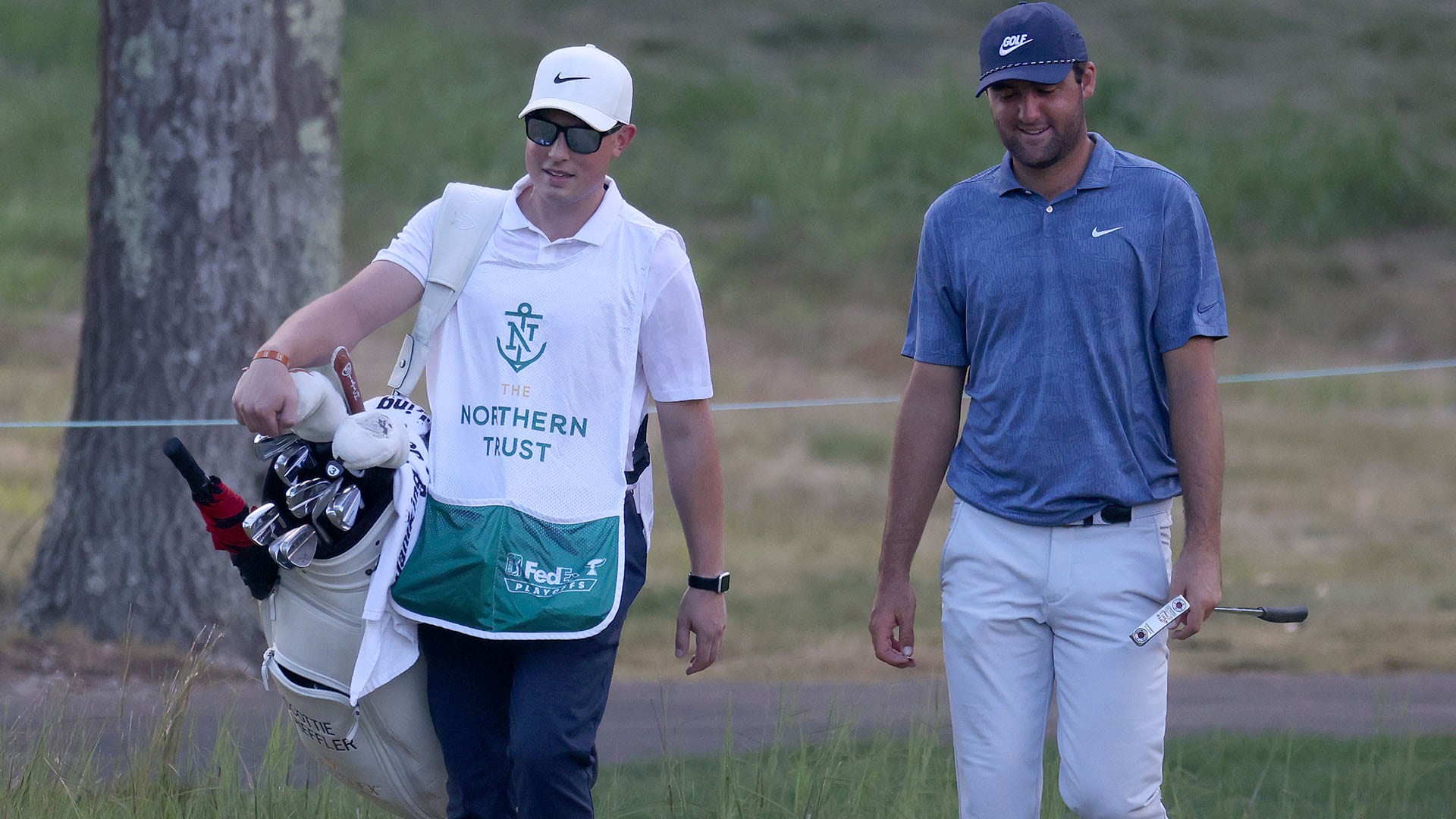 NORTON, Mass. – Scottie Scheffler had to play the back nine Sunday of The Northern Trust with a fill-in caddie after his regular looper went down with injury.

Scheffler said that caddie Scott McGuiness injured his right leg when he jumped to see where Scheffler’s ball had finished on the ninth hole at TPC Boston. CBS reported that McGuiness “felt something pop” when he landed. He was seen rubbing his right calf as he was carted to the medical tent.

“He had the bag on his back and went down pretty quick after,” Scheffler said. “We didn’t know what happened at the time, but he couldn’t stand up. Obviously, he wasn’t going to be able to keep going.”

Scheffler finished out the hole and on the way to the 10th tee met his replacement caddie, Eric Ledbetter, who is one of the assistant pros at TPC Boston. Scheffler bogeyed the next hole, No. 10, before steadying himself and finished at 17 under par, in a tie for fourth place.

Scheffler said he should know more about McGuiness’ status on Monday morning, after an exam.

It’s been an eventful week for the 24-year-old rookie, who on Friday, with McGuiness on the bag, carded the 12th sub-60 score in Tour history.

Scheffler was projected to move to 14th in the FedExCup standings, in good position to book a trip to East Lake for the Tour Championship.