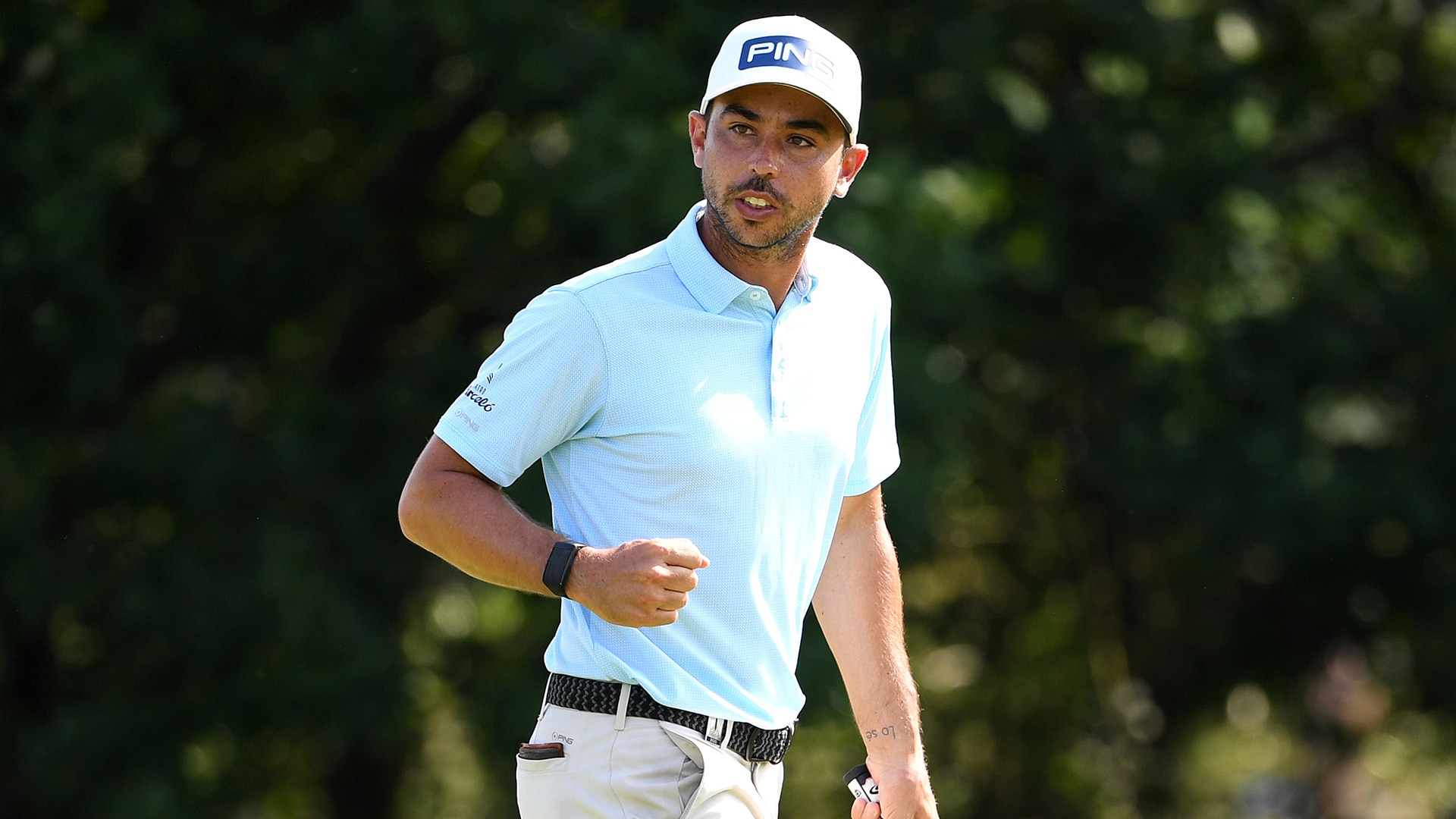 BIRMINGHAM, England – Overnight leader Sebastian Garcia Rodriguez held off a spirited challenge from Sam Horsfield to retain a share of the lead at the Hero Open on Friday at the halfway mark of the European Tour’s latest stop in England.

After setting a course record 10-under 62 in the opening round at the Forest of Arden Marriott Hotel and Country Club, Garcia Rodriguez cooled somewhat in the second with a 3-under 69 that included birdies on the last two holes.

“The key yesterday was the putter, today it was difficult with the irons to get it pin high because it was so windy, but I’m so happy with my round today,” said Garcia Rodriguez. “It was very important to birdie the last two holes. It was in my mind to hit a good drive on 17, it wasn’t perfect but a good line. I had an eagle in my mind with an eight iron in my hand, but it was a little right so it was a good birdie.”

Horsfield, meanwhile, completed a sparkling 9-under 63 that included an eagle and seven birdies for a share of the lead with Garcia Rodriguez at 13 under.

Full-field scores from the Hero Open

“Holing a wedge from 110 yards on four (for an eagle) was an obvious highlight and I just got on a bit of a roll and ended up with a 9 under round,” said Horsfield who has yet to win on the tour. “I’m just having fun, it’s nice to be playing tournament golf again, it’s been a while for everyone and I’m just thankful of that, to get some tournaments going. I’ve been looking forward to it for a while and I’m just enjoying it.”

Thomas Detry was third after a 5-under 67 that matched his first-round score and leaves him three shots back of the leaders on 10-under.

Alexander Bjork of Sweden and Antoine Rozner of France share fourth place another stroke back after both shot 67s.

Miguel Angel Jimenez, making his record 707th European Tour appearance, shot an even-par 72 for a five-way share of sixth place on 8 under.