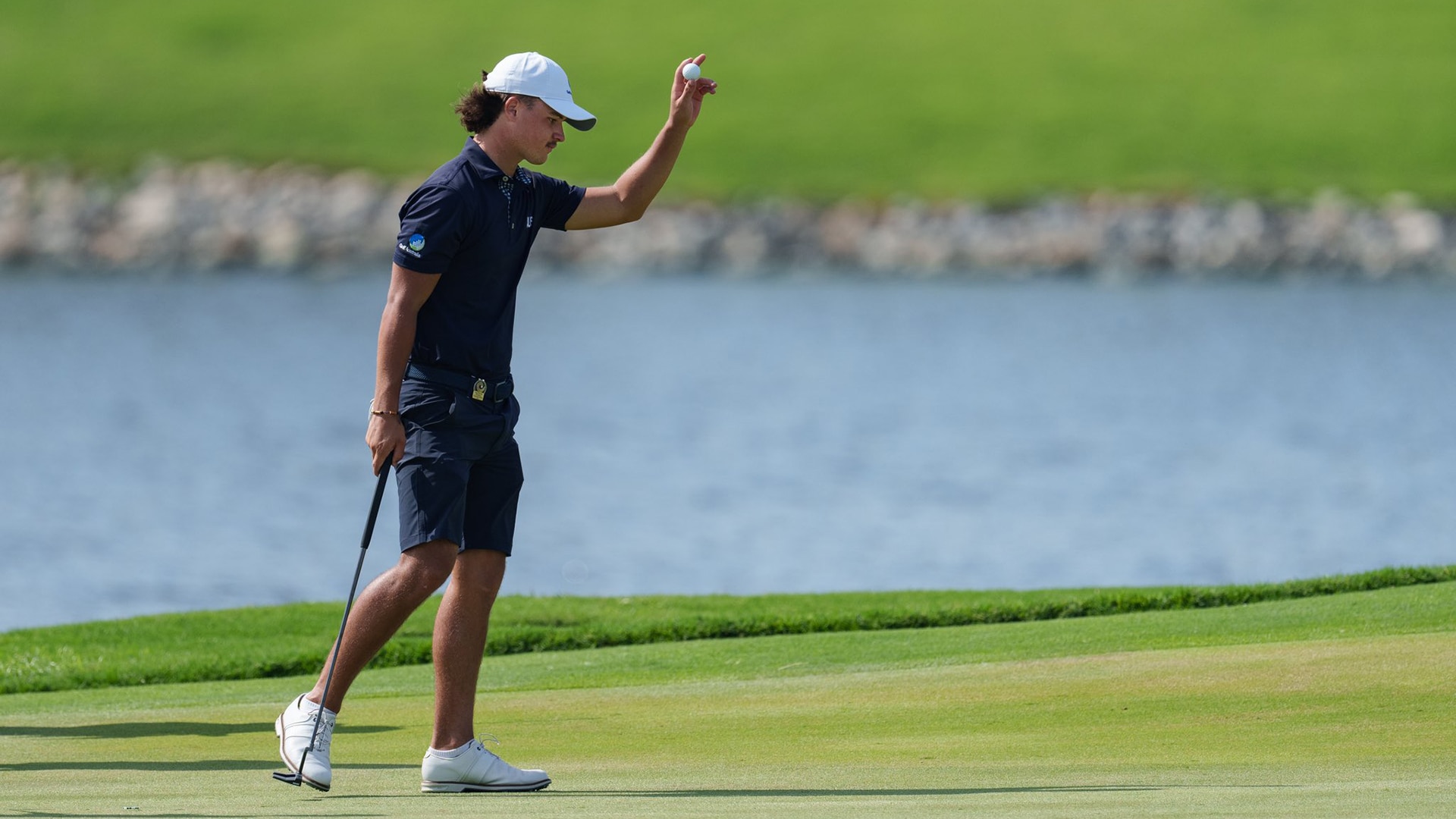 Harrison Crowe is on the cusp of turning professional, but the 21-year-old Australian is in position to alter those plans.

“I would turn pro almost as soon as I get back home,” said Crowe after taking a two-shot lead entering Sunday’s final round of the Asia-Pacific Amateur Championship, “… I would love to delay that decision.”

Crowe fired a 5-under 67 Saturday at Amata Spring Country Club in Chonburi, Thailand, to vault into the top position on the leaderboard at 13 under. Crowe’s five-birdie round was highlighted by a near ace at the par-3 17th hole and a birdie after an awkward lie in a fairway bunker at the par-4 10th hole. He also kept momentum by sinking an 18-foot par putt at the par-4 14th hole.

Sunday’s winner receives invitations into next year’s Masters and Open Championship, provided the champion remains amateur. Crowe, who is ranked No. 43 in the World Amateur Golf Ranking, won the Australian Master of the Amateurs and the New South Wales Open, a professional event, earlier this year, all but solidifying his decision to skip college golf.

“I haven’t thought about it,” Crowe said of what’s on the line Sunday, “but honestly, I am confident that when I turn pro, I will be playing these big tournaments later in my career. I’m not comparing the pressure this week. I’m just having a blast this week and will go out there and do the same things tomorrow.”

China’s Bo Jin and South Korea’s Minhyuk Song are tied for second, two shots back. Jin, a junior at Oklahoma State, led after 36 holes for the second straight year on Friday before shooting 1-under 71.

“I think it was a good day,” Jin said. “The conditions were harder, the tees were moved back and the pins were tucked in more, and it was windier. To me, 71 is a good score, especially with all the pressure I had in the leader group. It’s tough to have that pressure, but I definitely tried to keep that in control.”

He shot 76 and is now eight shots back.