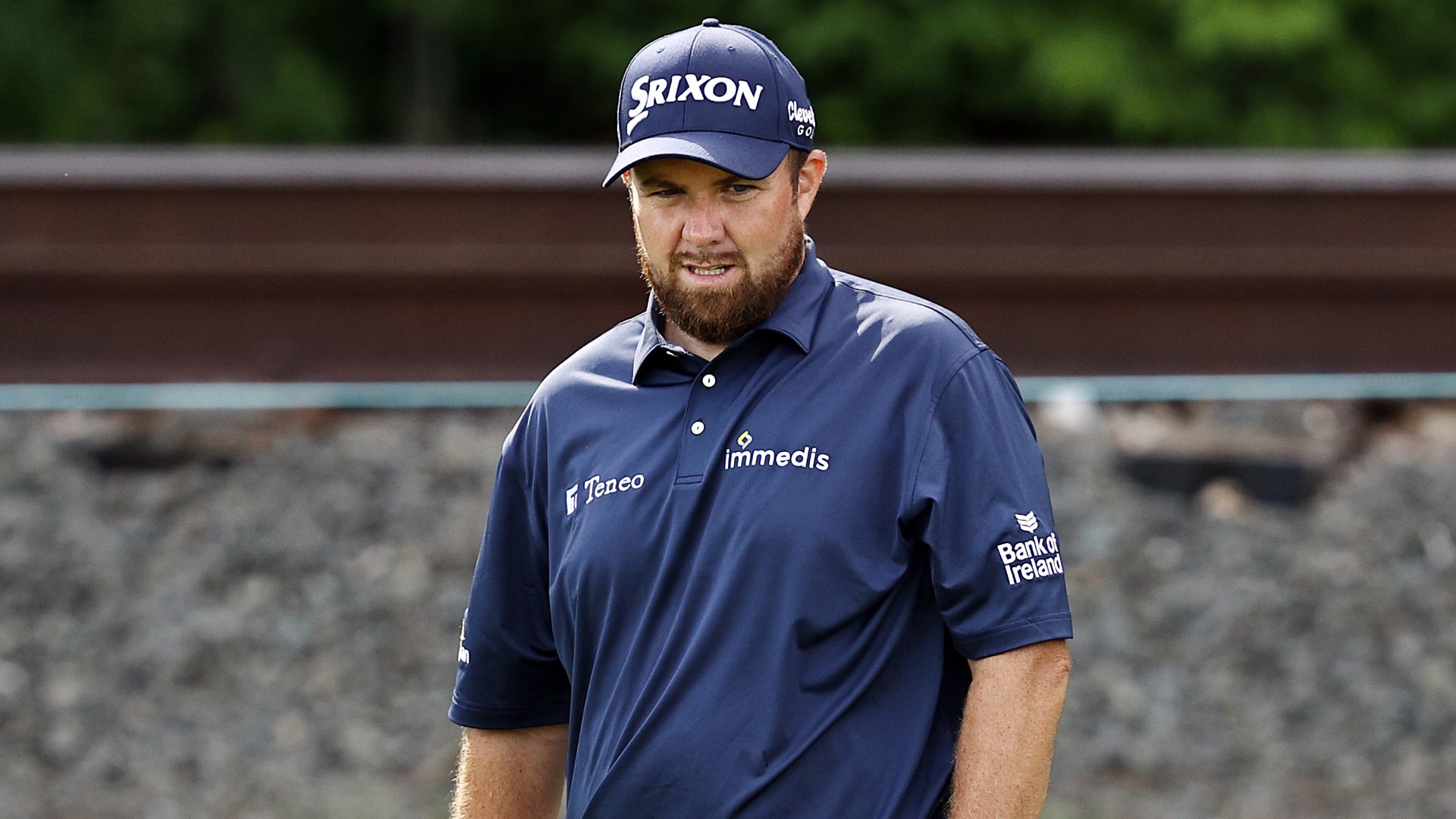 
After watching some of his fellow PGA Tour pros withdraw from the Travelers Championship on Wednesday, Shane Lowry immediately picked up the phone.

A day earlier, he had played a practice round with Graeme McDowell, Brooks Koepka and Chase Koepka. All three of those players were among the five total WDs this week, as McDowell’s caddie, Ken Comboy, and Brooks Koepka’s caddie, Ricky Elliott, both tested positive for COVID-19.

Lowry needed to know if he, too, should pull out.

“I contacted the Tour pretty quickly because I asked them what did they think I should do because I wanted to do the right thing,” said Lowry, who decided to remain in the field and shot 4-under 66 Thursday. “But I don’t think I was within enough contact with Ricky over the course of the nine holes we played on Tuesday. … I spoke to [Tour commissioner] Jay [Monahan] yesterday evening here at the club, and he said that I’m good to play, so I’m here to play.”

He may be playing, but Lowry also is having to take extra precautions. He is wearing his mask into the scoring area and he’s restricted from going inside the clubhouse and player dining.

“I’m kind of just being as cautious as I can,” he said. “It’s obviously disappointing that a few people have got it, but not that it’s inevitable, but it’s the world we’re living in at the minute, and I think we kind of need to keep it to a minimum. … I think the first couple of weeks have been kind of a kick in the backside to all of us and to make sure that we do the right things when we’re out there because even I’m guilty of it. I fist bumped the first couple of weeks, there’s no doubt.”

Lowry added that he feels the Tour is doing the right thing by playing on, a sentiment echoed Thursday by Rory McIlroy, who said it would be “silly” for the Tour to shut it down with only four positive tests among players and caddies – Cameron Champ and Nick Watney have also tested positive, Champ on Tuesday and Watney last Friday at the RBC Heritage. “I just kind of wish people would stop being so negative toward it,” Lowry said. “I think we’re very lucky to be back out playing. I’ve seen a lot of media coverage that is quite negative, and I don’t like it. I think the PGA Tour, Jay, everybody involved has done a great job, and I as a professional golfer am very happy to be back to work and to be providing some entertainment for some people at home.”