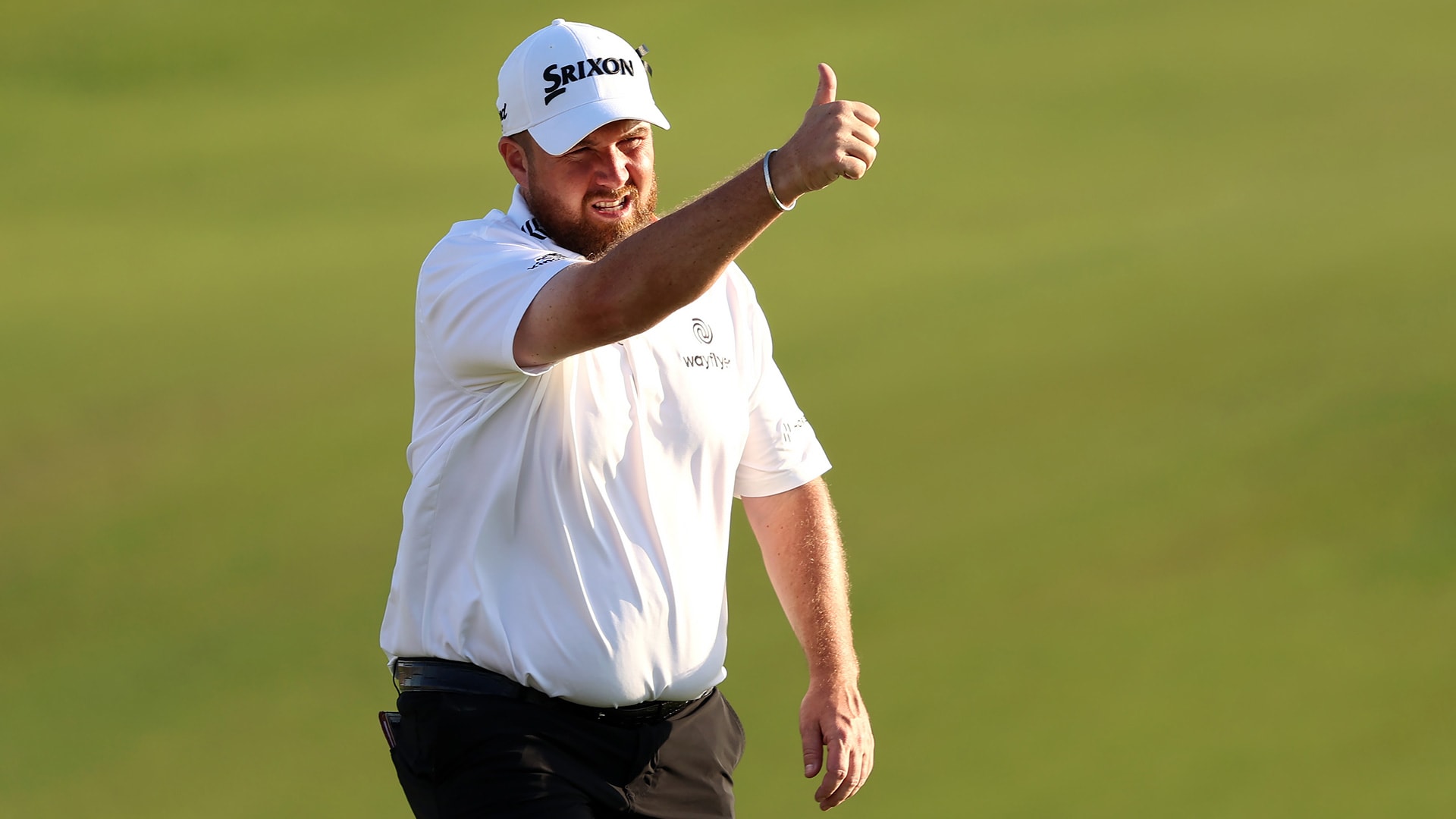 
ABU DHABI, United Arab Emirates – Shane Lowry moved into position to win the Abu Dhabi HSBC Championship for a second time but the Irishman has plenty of company on a stacked leaderboard.

That includes, out of nowhere, his compatriot and fellow major winner Padraig Harrington.

Lowry, the 2019 champion, shot 6-under 66 to tie for the third-round lead Saturday with Francesco Molinari and Min Woo Lee at 13 under.

There were 12 players within three shots of the joint leaders and among them is the 51-year-old Harrington, who shot 64.

Lowry, who began the day three shots off the lead, eagled the par-4 sixth when he holed out from the fairway. He added five birdies and one bogey.

“First tournament of the year, you don’t know what’s going to happen,” the 35-year-old Irishman said. “My thing would be I try and give myself as many chances to win as I can and at some stage hopefully it happens. Tomorrow I’ve got a chance to go out there and do something special, so hopefully I can bring the game that I brought the last few days and roll a few putts in as well and you never know.”

Australian Lee made seven birdies and one bogey in his 66, with the highlight coming at the short fourth as he almost made a hole-in-one.

Molinari, co-leader at the halfway point, had birdies at the second and third but bogeyed the fifth before staging a strong back nine that saw the Italian pick up shots at the 10th and 18th to shoot 69.

“Definitely it’s going to be sort of a shootout tomorrow,” Molinari said. “There’s loads of guys with a chance.”

Grant Forrest of Scotland, Victor Perez of France and Sebastian Söderberg of Sweden are one shot off the lead.

Harrington, a three-time major champion, is in the four-strong group another stroke back.