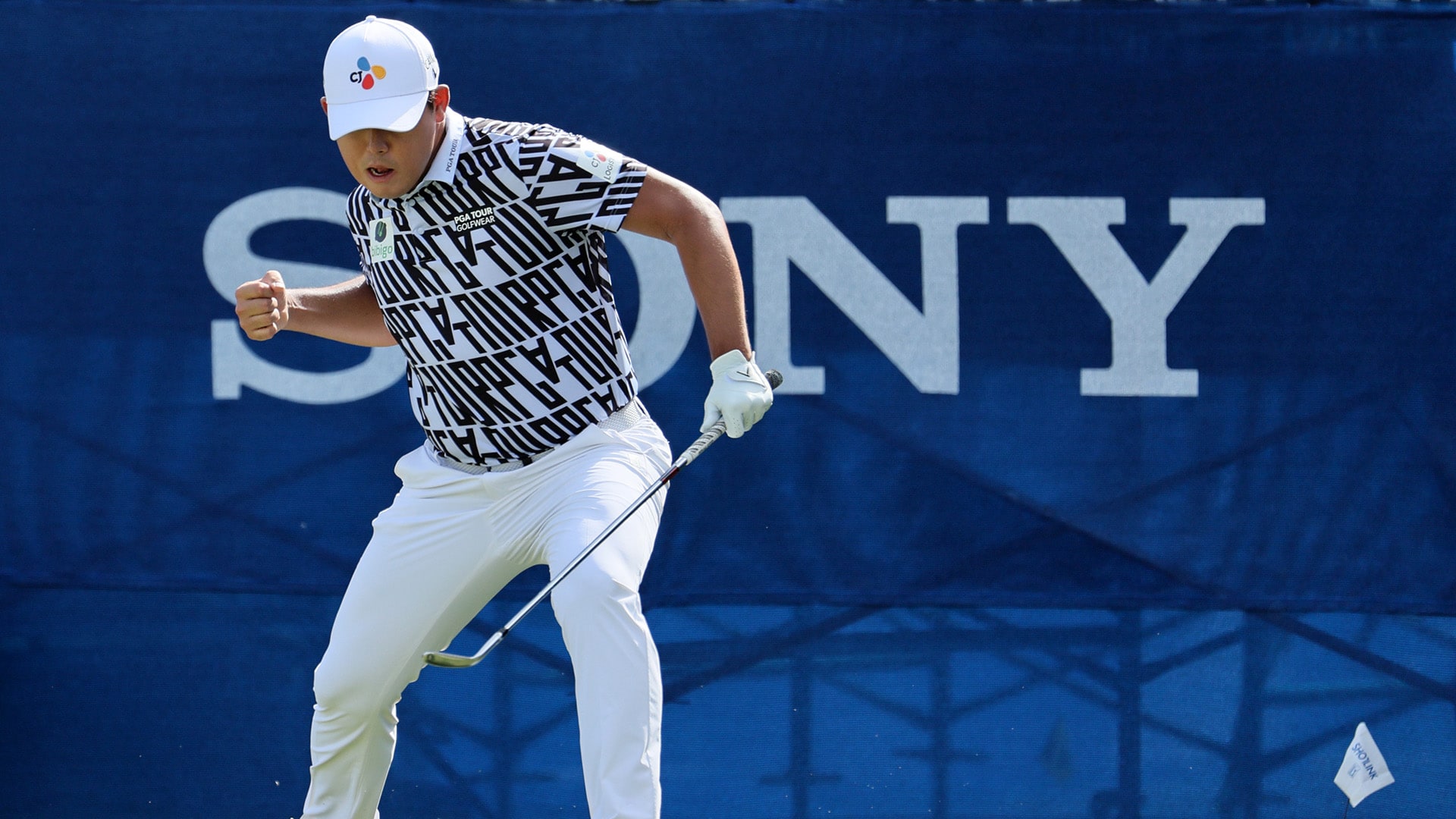 Moments before Si Woo Kim struck his chip from behind the par-3 17th green Sunday afternoon at Waialae Country Club, he heard a noise.

A hole behind him, Hayden Buckley had made birdie to take a one-shot lead with two holes to play. Kim, now a stroke back and with the 18th hole being a par-5, figured he needed to answer.

He answered all right.

Despite a tricky lie into the grain, Kim got the 10-yard chip running on a good line. Seconds later, the ball disappeared into the right side of the cup. Birdie. Tie ballgame.

“It’s like, if he made a par, like I’m more nervous because I have to save it, and then especially into the grain with the pressure, it’s much nervous for me,” Kim said. “But I knew it [was birdie]. I heard the sounds. Bogey is fine. I have to pass the hole, so I have to hit it aggressive. I think that really helps. Nothing to lose.”

Kim went on to birdie the finishing hole, hitting 5-iron from another bunker onto the front of the green and two-putting, to clip Buckley by a shot.

“It feels like more comfortable because I was there yesterday,” he said.

As for the preceding chip-in, Kim was brutally honest. He was uncomfortable.

“I just trying to kept calm, and calm was like little like less back nine, but I was keep trying to calm,” he said.