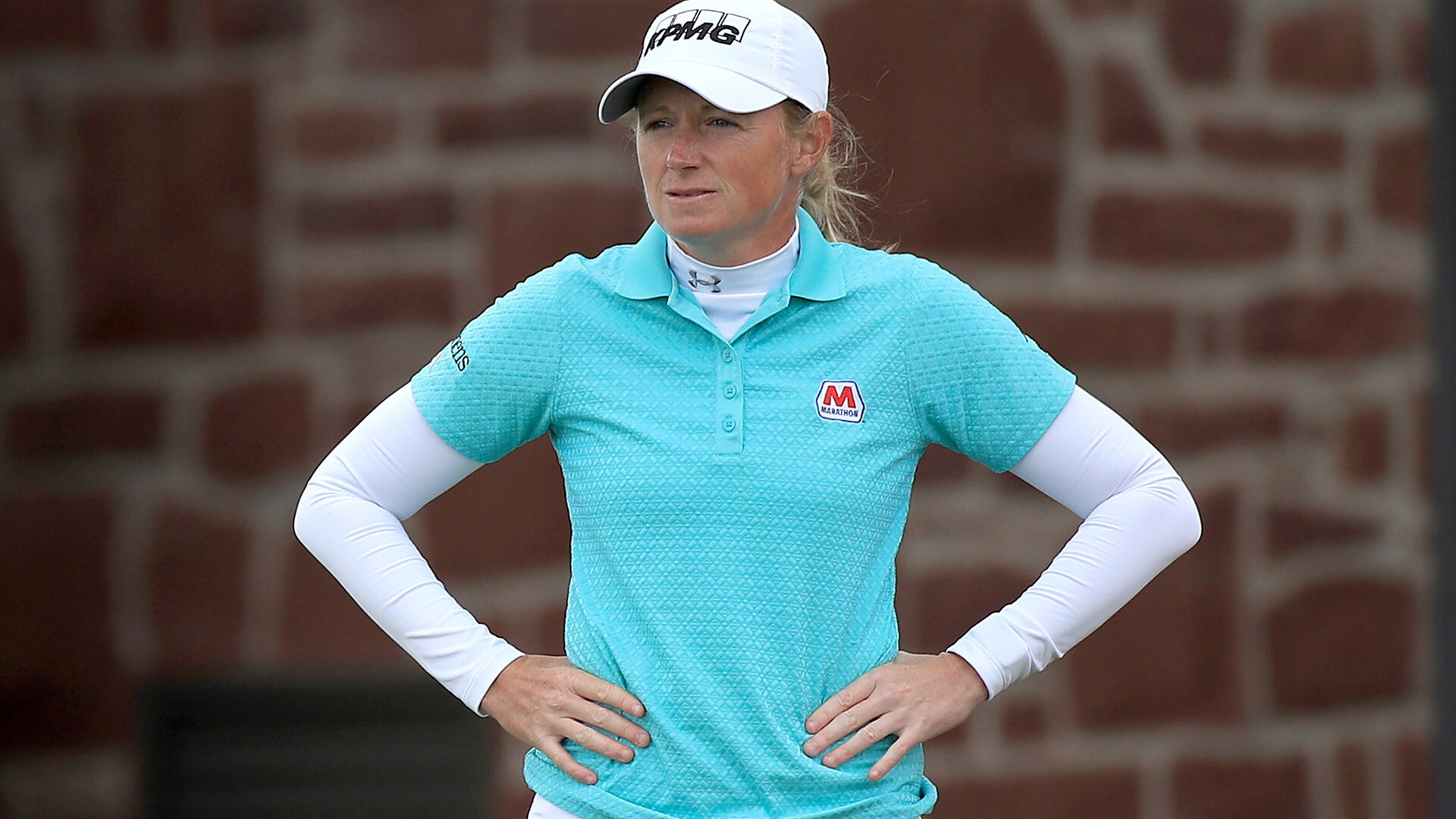 Stacy Lewis is liking this pathway back to the game in the LPGA’s restart amid the COVID-19 pandemic.

There was Toledo for back-to-back weeks in Ohio, where she tied for ninth at last week’s Marathon Classic for her first top 10-finish in a year. She was born in Toledo, and Marathon is one of her sponsors.

Now there are back-to-back weeks in Scotland.

She showed that again on Friday, making four consecutive birdies to end her round with a 5-under-par 66 at the Aberdeen Standard Investments Ladies Scottish Open, leaving her tied for the lead with Azahara Munoz at the Renaissance Club with players still on course in the afternoon rounds.

Lewis won the AIG Women’s Open when it was played at St. Andrews seven years ago. It was the second of her two major championship victories. She’s also looking forward to next week’s major at Royal Troon.

“I love links golf,” Lewis said. “All the different shots you get to hit, the different weather. You have to battle the elements, which we did yesterday. I was just more than anything excited to come play some golf.”

Lewis, 35, is looking for her 13th LPGA title, her first in almost three years.

Life has changed a lot for Lewis since October of 2018, when she gave birth to her first child, Chesnee. There has been a lot of juggling and changes in priorities, but Lewis felt like the five-month break this season was good for her. She struggled with back and rib injuries the last couple years, problems that forced her to withdraw from the Solheim Cup last September. She had time to heal and strengthen amid the break.

“Well, the COVID break has done wonders for my golf swing, I’ll tell you that, and my body,” Lewis said. “Even before I was pregnant with Chesnee, earlier in that year, I had to pull out of Thailand and Singapore. I was overseas, kind of hurt my ribs. And then I go into having Chesnee and just never really got my body back in shape where it needs to be.”

Chesnee’s back at home in Houston.

“The longest I’ve been away was last summer when I went and played Evian, British,” Lewis said. “I was gone for two weeks. So, we’re doing the two weeks again. But now it’s actually fun on FaceTime, because as soon as my face pops up, she says ‘Mama,’ and she’s all excited. She’s showing me all her toys and all the stuff she’s getting into.

“It’s not full-blown conversations yet, but she at least knows I’m there and understands that I’m on the phone and talking to her. It makes it a lot easier being here.”

Lewis would love to have a trophy to show off when they FaceTime on Sunday.