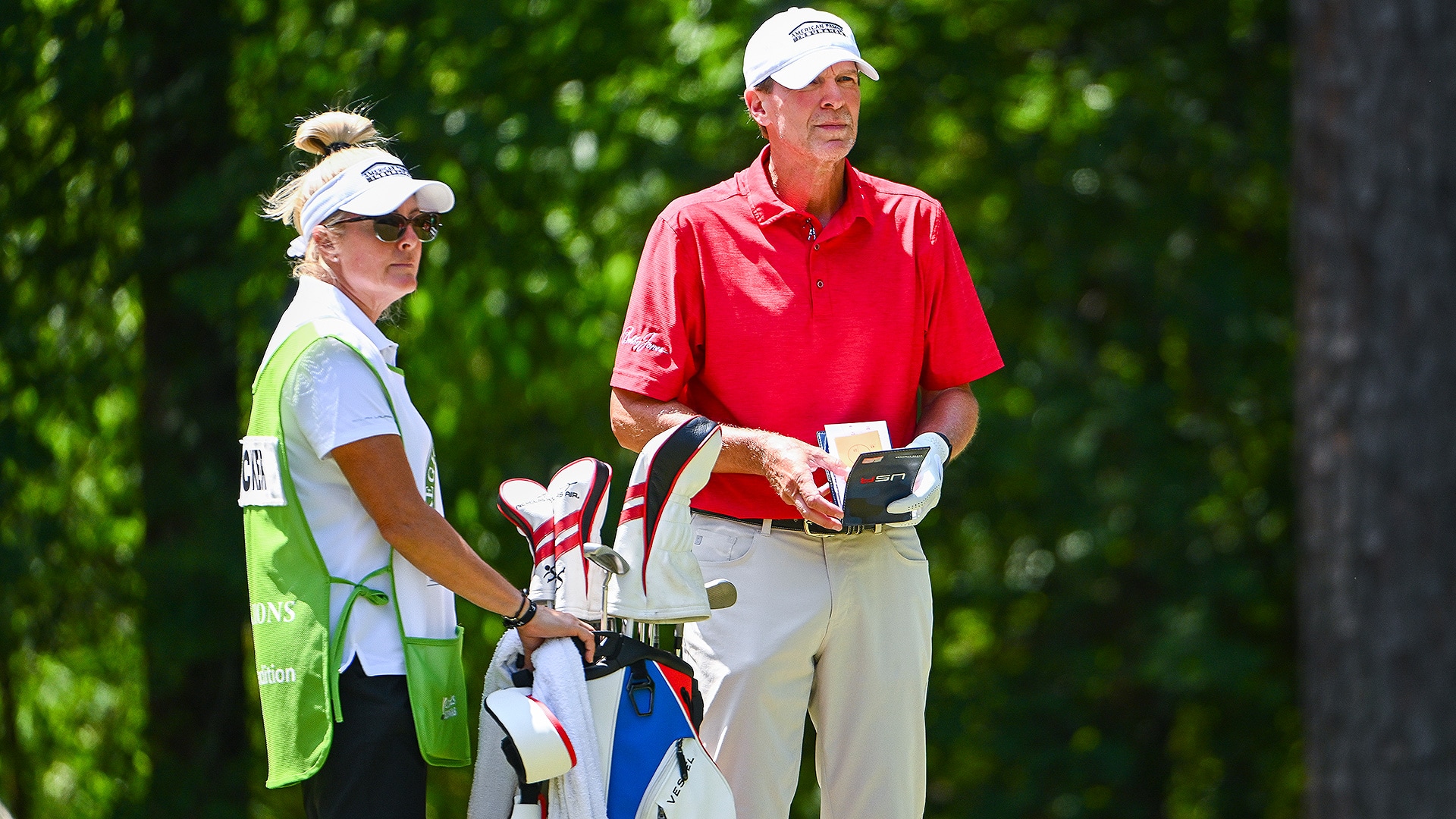 BIRMINGHAM, Ala. – Steve Stricker shot a 7-under 65 on Thursday to take a two-stroke lead over Miguel Angel Jimenez and Wes Short Jr. after the opening round of the Regions Tradition, the first of five PGA Tour Champions majors.

Short then joined him at 67 with a closing birdie on 18, his sixth along with one bogey.

Stricker, who was captain of the winning U.S. Ryder Cup team at Whistling Straits last year, certainly played like the guy who had excelled on recent trips to Birmingham.

Full-field scores from the Regions Tradition

Stricker lost on the first hole of a playoff last year to Alex Cejka and had a health scare that sidelined him for six months. He was hospitalized for nearly two weeks and dropped 25 pounds.

“You know, it’s great to be out here playing again is my mentality,” Stricker said. “I have a little different perspective after going through what I went through so I’m just enjoying it now a little bit more, and having fun with it.

“I’m still trying to get my body back to where it was That will be ongoing for a while, but I feel really good and I’m doing some good things on the course.”

The tournament wasn’t played in 2020 because of the pandemic.

Stricker missed a chance at a third straight birdie by inches on No. 14. His wife, Nicki, is caddying for him, adding to an already good round.

“I’m not trying to get too uptight, and have more fun with it,” Stricker said. “And having Nicki on the bag is fun. We’ve been enjoying our time together. We’re reliving when we first came out on tour back in the mid-90s so it’s been fun.”

Daly had six birdies and two bogeys, going bogey-birdie on his final two holes. His highest finish of the year was 27th at Hualalai.

Daly said Stricker was supportive of him during his own health struggles. He was diagnosed with bladder cancer in 2020.

Els, meanwhile, had only one bogey.

Alker, who has won two tournaments and taken two others to playoffs, eagled the par-5 13th hole. He was even through the first nine.

Shane Bertsch had eight birdies and four bogeys for his 68, with a particularly up and down back nine. Bertsch had three bogeys on those holes and still finished them 1 under.