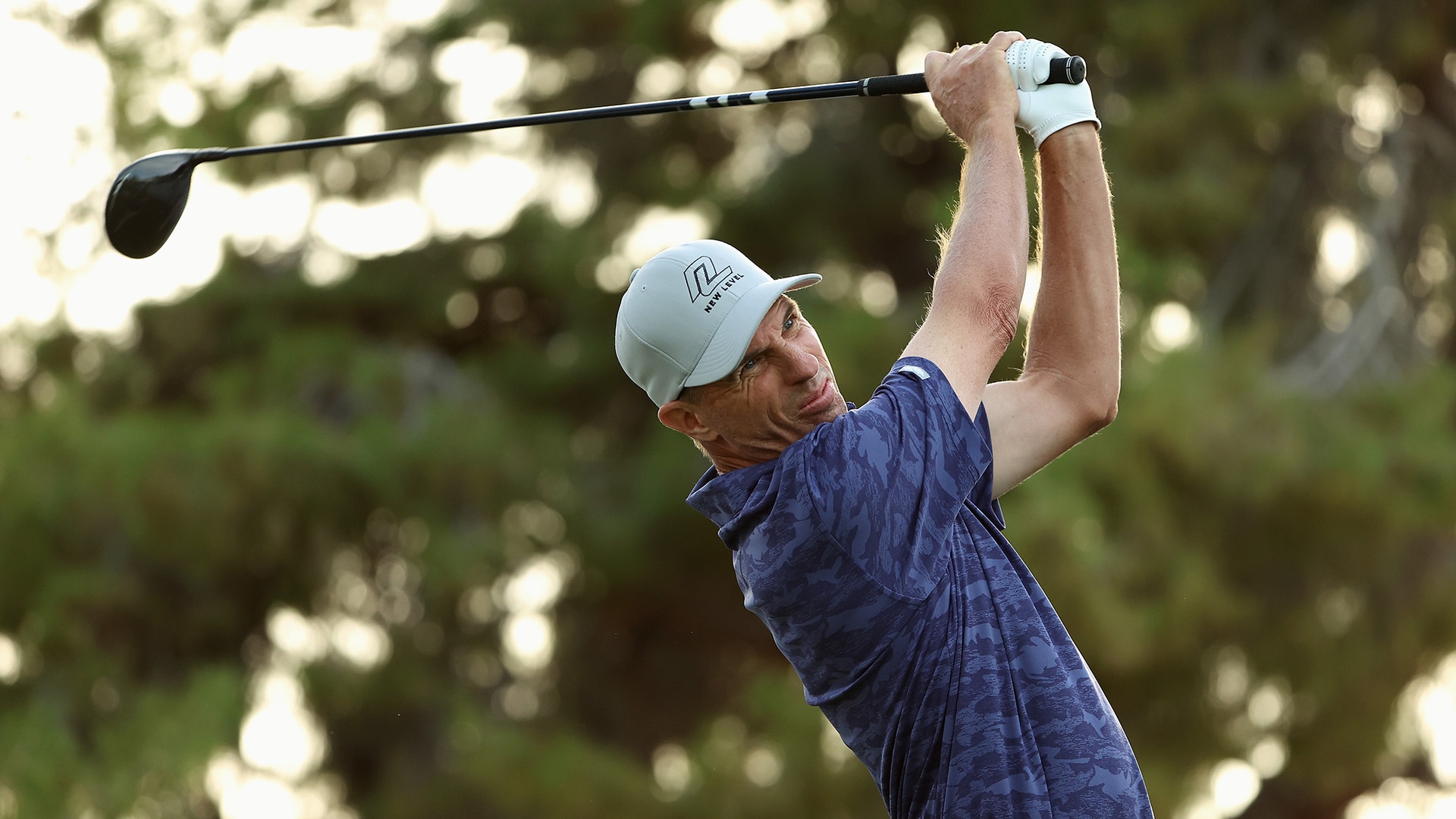 
PHOENIX — PGA Tour Champions points leader Steven Alker shot his second straight bogey-free round at the Charles Schwab Cup Championship on Friday, a 7-under 64 that gave him a one-shot lead over Padraig Harrington.

Alker made seven birdies at Phoenix Country Club to reach 13 under through two rounds, keeping him comfortably in front of the only player who can overtake him for the Schwab Cup. Harrington also shot 64 and was 12 under, but needs to win and have Alker finish outside the top five to win the PGA Tour Champions season championship.

Retief Goosen shot 64 and was tied for third at 10 under with Brian Gay, who shot 65.

Bernhard Langer closed with a bogey on the reachable par-5 18th to shoot 69. He’s six back at 7 under in his bid to match Hale Irwin’s record of 45 PGA Tour Champions wins.

Alker had to make a 15-foot par putt on No. 17 to preserve a bogey-free 65 to tie for the lead in the opening round, but spent most of a balmy Friday afternoon in the desert hitting fairways and greens.

The 51-year-old from New Zealand opened the second round with consecutive birdies and added two more to turn in 4-under 32. Alker rolled in a birdie putt on the short par-4 11th and another on No. 15 after squeezing his tee shot on the par 3 between a tight pin and a bunker.

He added another birdie on the par-4 17th, but pulled his tee shot into the left rough on the par-5 18th. Alker hit his second shot over a strand of trees to the fairway and his third to 30 feet, but left the birdie putt short.

A disappointing finish, but Alker has some wiggle room headed into the weekend in his bid to go from PGA Tour journeyman to champion of the over-50 circuit.

Harrington shot an opening 66 and reeled off four birdies in five holes to start his second round. The three-time major champion from Ireland added two more birdies before a three-putt bogey on the 15th.

Harrington birdied No. 17 and reached No. 18 in two, but left a a 30-foot eagle putt short, tapping in for birdie.

Langer had two birdies and a bogey on the front nine, then birdied the par-4 11th. The 65-year-old German caught a tough break when his tee shot on the par-4 12th left him with an awkward stance, leading to bogey.

Langer dropped in consecutive birdies on Nos. 13 and 14, but bogeyed No. 18 after an errant tee shot and a chunky pitch.