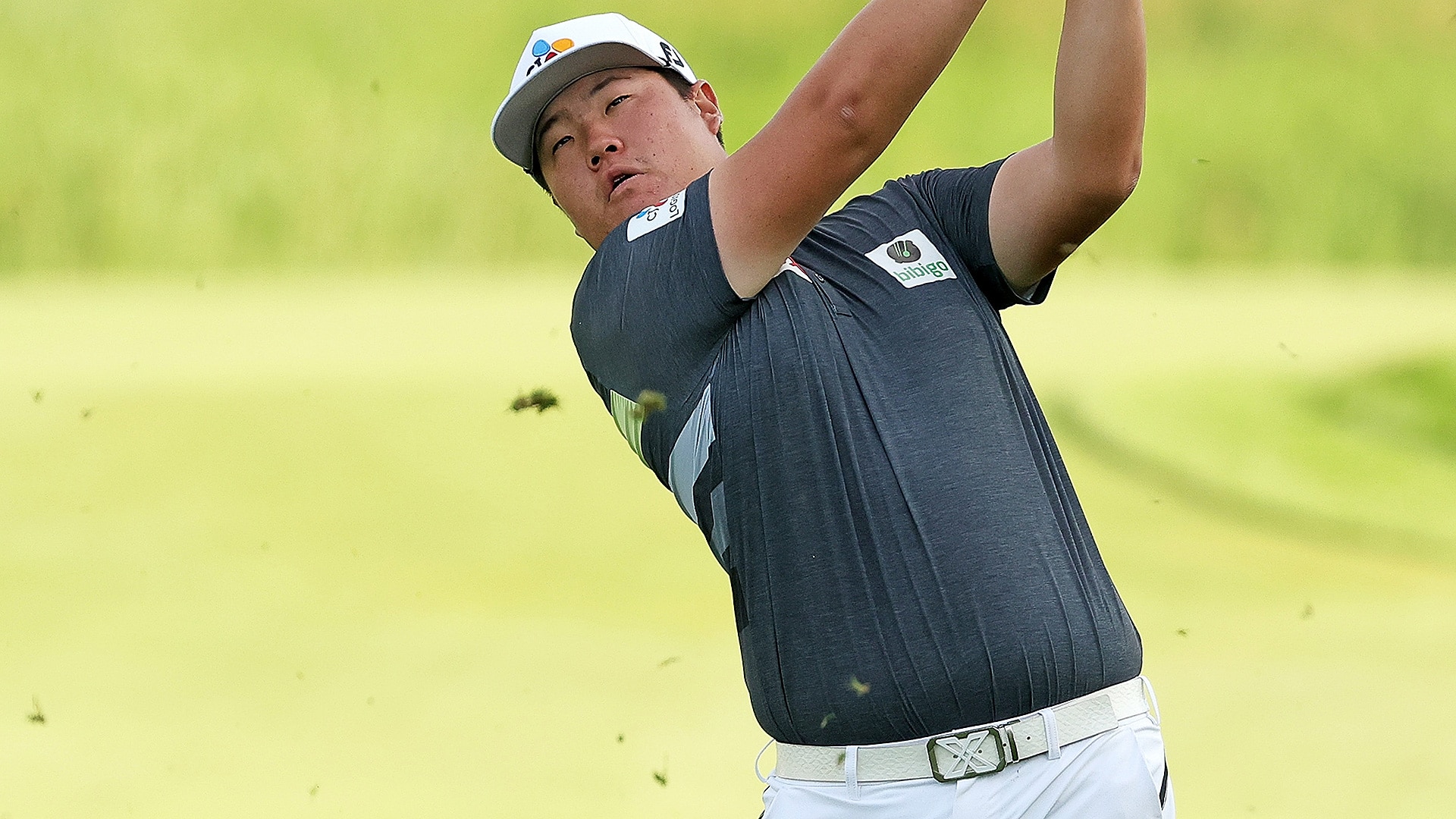 
BLAINE, Minn. – Scott Piercy shot a 6-under 65 to share the 3M Open lead with Sungjae Im after the first round Thursday.

Tony Finau was two strokes back, with three near misses of birdie putts over his last four holes, along with Brice Garnett, Doug Ghim, Emiliano Grillo and Tom Hoge.

On a dry, windy, 86-degree day at the TPC Twin Cities in suburban Minneapolis, the course’s penchant for producing low scores held up once again.

Playing in the second group of the day off the first tee, Piercy made 151 feet worth of putts. He birdied four of the first five holes on his back nine.

The 43-year-old Piercy, who led the 3M Open in 2019 by two strokes after the first round, is one of several on-the-fringe players in the field this year seeking a late-season lift in the FedExCup race. Piercy arrived in Minnesota in 138th place, with the cut for the playoffs at 125 and two events left after this to qualify. In four of his last six starts, Piercy has failed to advance to the weekend.

On Tour since 2009, Piercy has four career wins. Just last week, he switched his caddie, his swing coach, his driver and his putter – an uncharacteristically drastic series of decisions for him.

“Every shot counts, and it’s time to buckle down,” Piercy said. “Not that we don’t try to buckle down all the time, but there’s extra buckling down, I guess. To start off this way is really nice.”

Im, who’s 19th in the FedExCup standings and 24th in the world, birdied four of his last six holes. The 24-year-old from South Korea tied for eighth at the Masters this year but tied for 81st last week at The Open.

Finau, the lone member of last year’s U.S. Ryder Cup team and the 17th-ranked player in the world, has two top-five finishes this summer.

The Utah player missed a 3-foot birdie putt on 15 and left a 4-footer for birdie just short on 16. Then on the 18th, his tee and approach shots were spot on, but an 8-foot birdie putt lipped out and settled 4 inches from the cup. Making two of those three would’ve put him in the lead.

The highest-ranked player in the field, Hideki Matsuyama, withdrew. He cited a sore wrist after shooting a 77 to match his worst round of the season, his Saturday at the Masters on April 9.

Entering the week in eighth place in the FedExCup race and the world’s No. 14 player, Matsuyama hit into the water three times on the unforgiving and lakeside 18th hole and took a quadruple-bogey 9. Matsuyama, the 2021 Masters winner and a fourth-place finisher at the U.S. Open this summer, tied for seventh at the first edition of the 3M Open in 2019.

Mardy Fish, the former tennis star who’s playing on a sponsor exemption, was tied for last at 81.