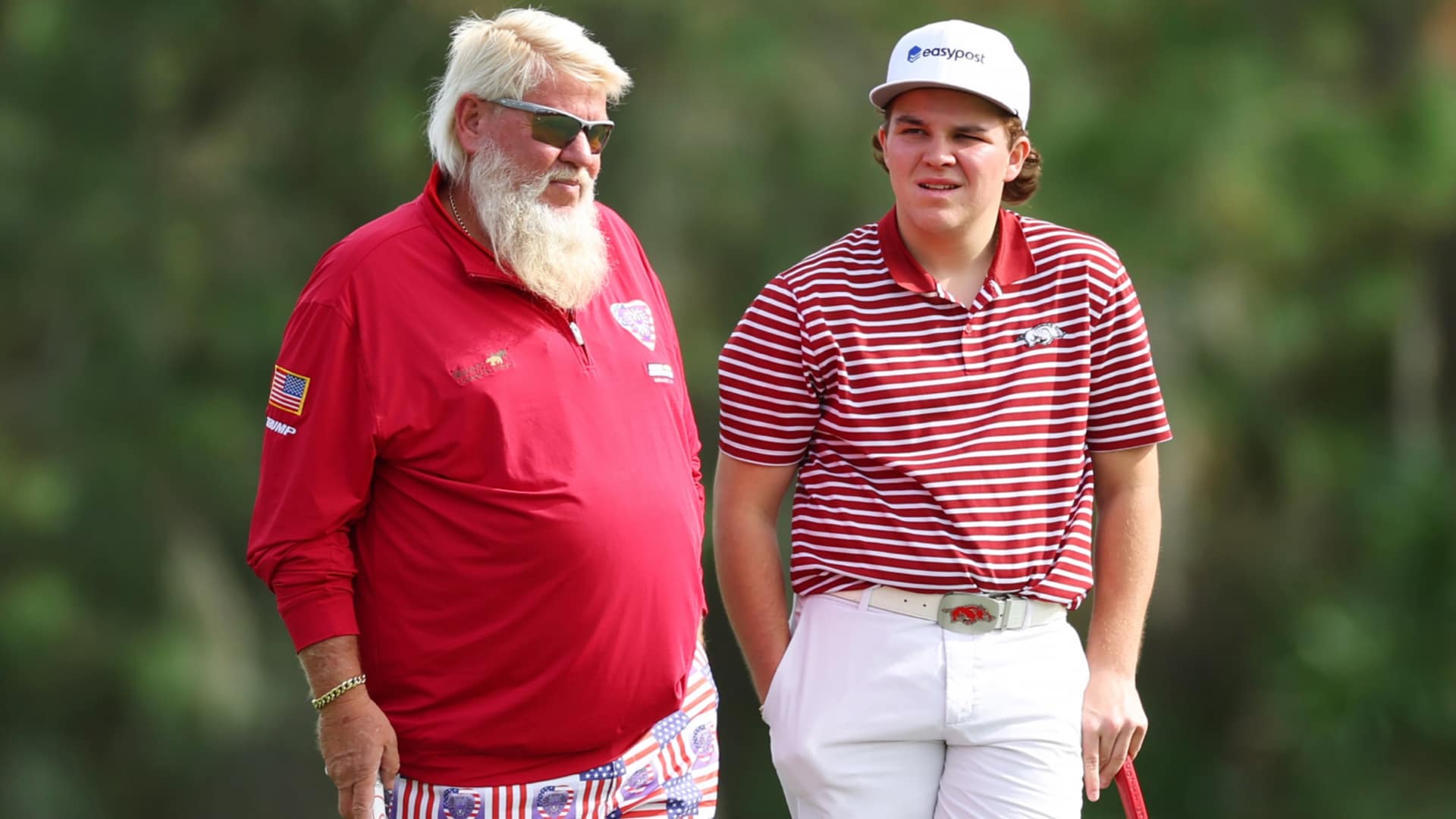 Tiger Woods wasn’t the only major champion prioritizing family over being “a little creaky” this weekend at the PNC Championship.

John Daly is scheduled for a full knee replacement Wednesday, but not before a successful showing at the PNC with his son, Little John Daly. Despite the elder Daly’s pending transformation into the “bionic man,” the pair came close to going back-to-back in Orlando.

A Sunday surge from the two-time major champion and the 19-year-old Arkansas player saw the duo post 11 birdies, including five-straight between Nos. 9-13, before closing with an eagle on the par-5 18th. While a repeat wasn’t in the cards, a solo second at 24 under is the next best thing.

The upcoming full knee replacement is the latest in a long list of surgeries for the elder Daly.

“I pray for Tiger. I hope his leg holds up and gets fixed because we need him on the Tour,” John said when asked if he has any empathy for the 15-time major winner. “For me, I’ve had probably more surgeries than Tiger. They just keep adding up over the last five years.”

In addition to a previous knee surgery in 2019, the 56-year-old has undergone lap-band surgery (‘09), emergency surgery after being bitten by a brown recluse spider and developing sepsis (‘19) and surgery to remove bladder cancer (‘20), just to name a few. He also has diabetes and arthritis, which necessitates him using a golf cart when playing.

Between Little John’s school and competition schedule and John’s own commitments, the pair said they “hardly ever” get to see each other. If it’s possible to call a surgery convenient, this latest one could be dubbed as much; it’s giving the Daly men an opportunity to slow down and enjoy a rare bit of time together at Christmas.