↓ Skip to Main Content
Home › Blog › The 2022 Rexys: Rory to Brooks to Perez, awards for both sides of the aisle

The 2022 Rexys: Rory to Brooks to Perez, awards for both sides of the aisle 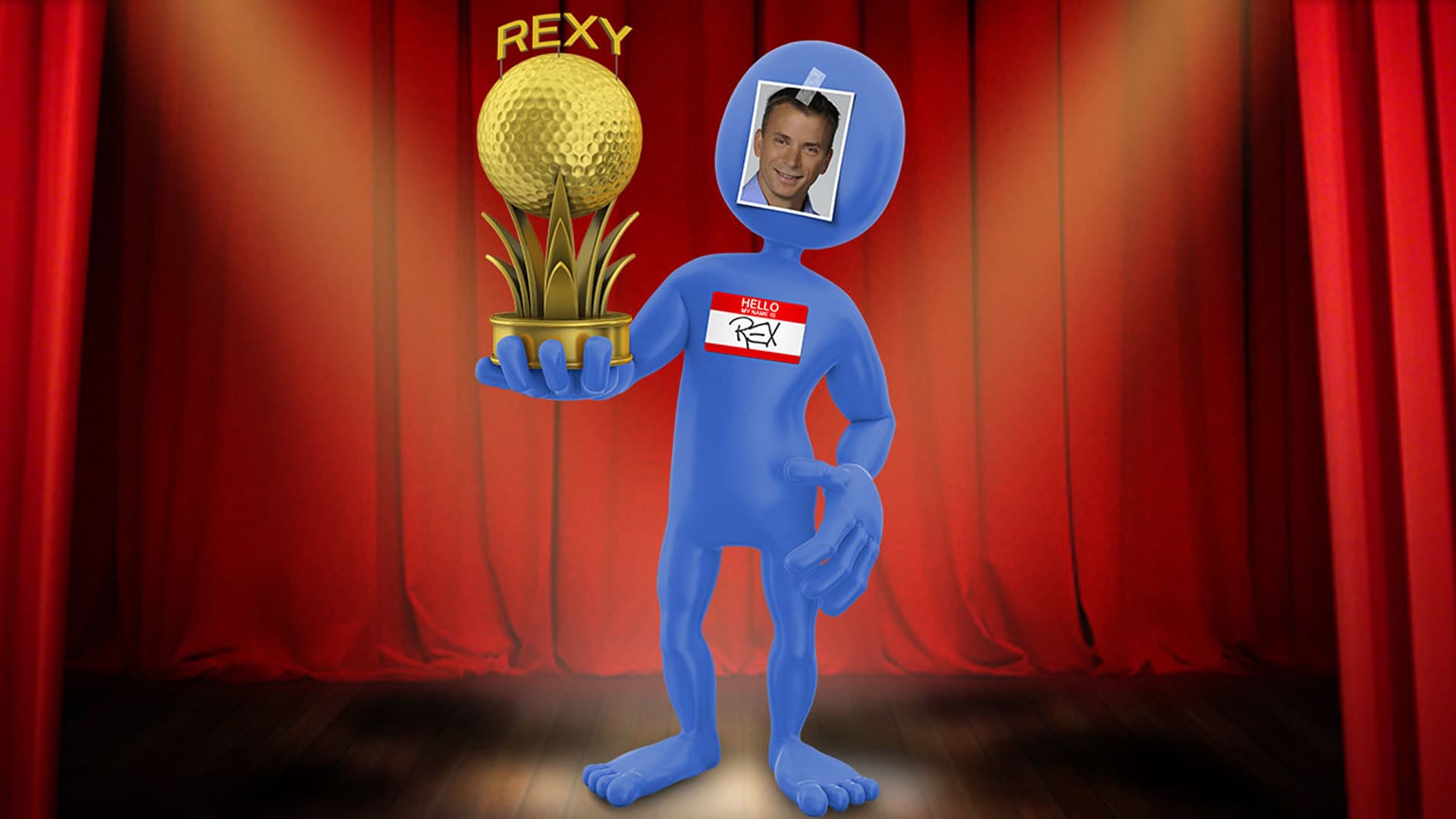 
One can only imagine how awkward the awards ceremony will be with the audience split into separate PGA Tour and LIV Golf sections.

The Rexys, however, remain above it all and offer an equal opportunity assessment of the most contentious year in golf.

All the Shade Award: Rory McIlroy.

No one ever asks to land in the middle of a media maelstrom, but the Northern Irishman has embraced every awkward and headline-provoking minute of it.

In September at the BMW PGA Championship, a reporter sheepishly apologized for another “LIV question,” and McIlroy shot back, “I want you to. I want you to. Give me it all. It’s fine.”

His performance on the course in ’22 was impressive by any measure, but it was off the course where McIlroy made the difference.

Rory McIlroy added to this year’s hefty haul Sunday by capturing the Race to Dubai title to go along with his current FedExCup and world No. 1 status.

One player dubbed it “LIV Golf fatigue,” the nonstop trickle of news and rumors coming from the Saudi-backed league, and for some, like Koepka, the incessant noise reached a crescendo at the U.S. Open.

“I think it kind of sucks, too, you are all throwing this black cloud over the U.S. Open. It’s one of my favorite events. I don’t know why you guys keep doing that,” Koepka chided reporters at The Country Club. “The more legs you give it, the more you keep talking about it.” 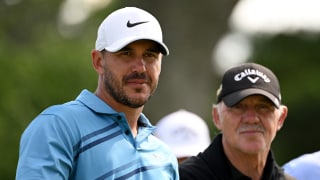 In October 2021, the Englishman said what many of his Tour brothers were thinking as Bryson DeChambeau was on the verge of breaking the ancient game over his knee with his unique brand of power and muscle.

“It just makes a bit of a mockery of the game,” Fitzpatrick said.

One man’s mockery is another’s mission.

No, not Brock Purdy (the San Francisco 49ers quarterback who went from the last pick in last year’s NFL draft to a starting role on a playoff team), but golf’s version enjoyed an equally impressive climb.

Technically, Young wasn’t the last player to secure his Tour card in late 2021, but he was closer to the bottom of the pack when the season started and he quickly played his way to better status with a runner-up finish in his second start as a Tour member (Sanderson Farms Championship).

The 25-year-old did everything except win in ’22 with five runner-up finishes, including his near miss at The Open and a tie for third at the PGA Championship, along with a spot on the U.S. Presidents Cup team.

For the second consecutive year, Woods won the Tour’s version of a popularity contest and with it a sizable bonus.

Woods’ haul was $15 million for winning the Player Impact Program, bringing his earnings from the bonus pool to $23 million (the top prize was $8 million in ’21). While most agree that Woods continues to be the game’s preeminent star, it does create an interesting reality. Woods has taken a total of 676 shots in official Tour events the last two years which calculates to $34,023 per shot.

Not bad work if you can get it.

Like the fabled son of Daedalus who flew too close to the sun, Lefty’s year is best described as tragic. From his incendiary comments in February that torched both LIV Golf and the PGA Tour, to his eventual jump to the breakaway circuit, the man who always had something to say ended up saying far too much.

It remains to be seen how Mickelson’s legacy will age now that he’s become the face of LIV Golf – and, to be fair, many of the changes the Tour has embraced have been Mickelson talking points for years – but the 2021 PGA Championship has never seemed so far away. 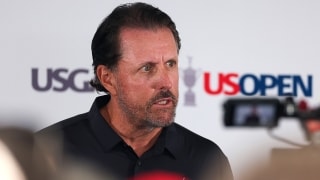 The smartest guy in the room, Mickelson Monday wasn’t about to take on any unnecessary risks. He played it safe – and said nothing.

The Disrupter in Chief had himself a year, from leading a “start-up” into the marketplace to a spot atop the game’s “most hated” list and a regular target for golf’s biggest names.

In June, when McIlroy won the Canadian Open for his 21st Tour victory, he made a point of throwing shade in the Shark’s direction and then doubled down last month in Dubai: “I think Greg needs to go,” he said.

Tiger Woods echoed the sentiment a few weeks later proving without question that it’s just not major Sundays that have it out for Norman. 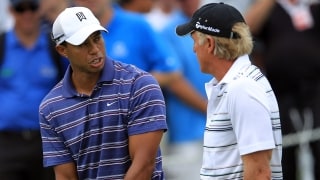 There are a few steps that need to happen before Tiger Woods can envision any sort of peace talks.

This is a new addition to the end-of-year celebrations and a nod to the FIFA World Cup, but mostly it was a way of dragging Perez into the proceedings.

Including his signing bonus to join LIV Golf (a reported $10 million), Perez earned an estimated $18 million in just eight events on the breakaway circuit, compared to the $28.8 million he earned in 515 career Tour events.

Perez’s $8 million in earnings, which include his split of team winnings, was also nearly double his best season on Tour (2017).

“All the push-back, all the negative comments, everything we’ve gotten, at this point I really don’t care. I mean, I don’t care. I’m paid. I don’t give a damn,” Perez said.

Spieth’s often aggressive play is what makes him such a star attraction but in February at the AT&T Pebble Beach Pro-Am, he blew through the boundaries of recklessness and landed squarely in foolhardy.

Spieth’s nervy 7-iron from the edge of a cliff at No. 8 during the third round was called “downright terrifying” by CBS Sports’ Colt Knost and following the round, the “Golden Child” admitted, “Looking back now, it was not smart. I wish I hadn’t done it. In fact, I regret doing it.”

Perhaps the most telling estimate of how dangerous the shot was is how officials relocated the penalty area at Pebble Beach’s eighth hole to keep anyone from ever trying it again.