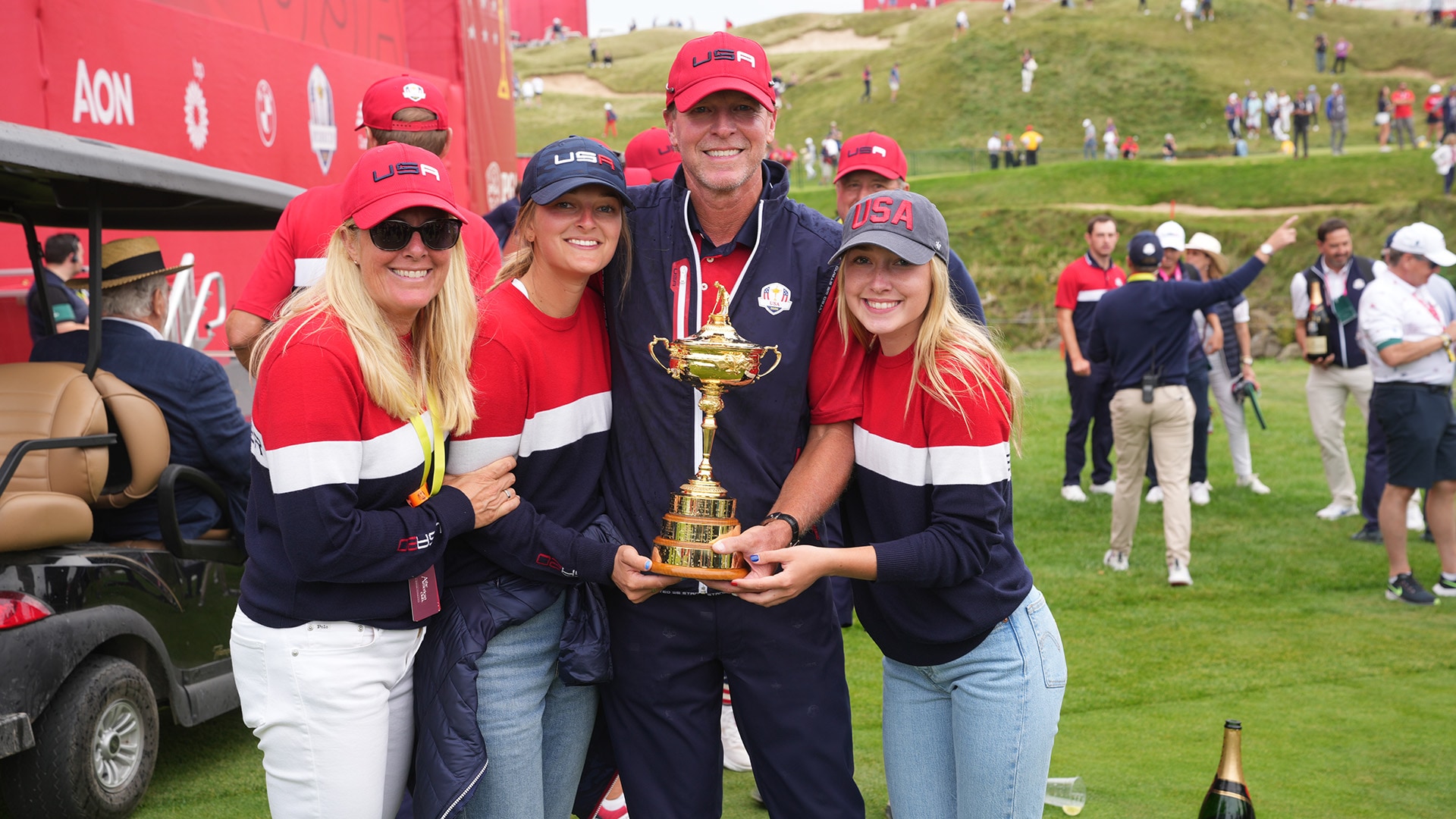 “I really didn’t know what to expect coming in,” she told Wisconsin.golf after her winning 2-under 70. “I didn’t know it was going to rain so that was a battle. But I knew I had to shoot under par. I knew that’s what was going to do it. So I just kept my head down and tried to make as many birdies as I could. I had 68 in mind, which it didn’t need to be. I don’t like playing for a number, though. I just know if I give it my best, it’ll be good enough.”

“We’re so proud of her and amazed how she set her sights on playing well for this state tournament and she did,” Steve said. “She sometimes gets left out because she’s still going to school but we try to support her as much as we can. She has a ton of talent and is getting better all the time. Izzi is on a great path!”

Izzi’s triumph, however, is only the latest for the Stricker family this year.

In August, Bobbi Stricker, Steve’s oldest daughter, reached Stage 2 of Epson Tour Q-School with her father on the bag. Izzi, though, was absent from the milestone because her high school season had already begun.

Meanwhile, the past year has been a whirlwind for Steve.

A month after captaining Team USA to a historic Ryder Cup win in his home state, Steve endured a bout with a mysterious illness that hospitalized him and caused him to lose 25 pounds.

He returned to the senior tour in May, not knowing what to expect with his game. However, not many could have predicted the heater he’s been on since returning. The 55-year-old has four wins — the most on tour — in 12 events.

“When I was starting to come back and hitting it super short and my body felt awful,” Steve said after his latest win. “I was just hoping to play really more than anything.”

This year for the Strickers, there’s still more to be had.

With the PGA Tour Champions season winding down, Steve sits third in the Charles Schwab Cup standings and Bobbi will play the second stage of Q-School next month with Steve as her caddie.