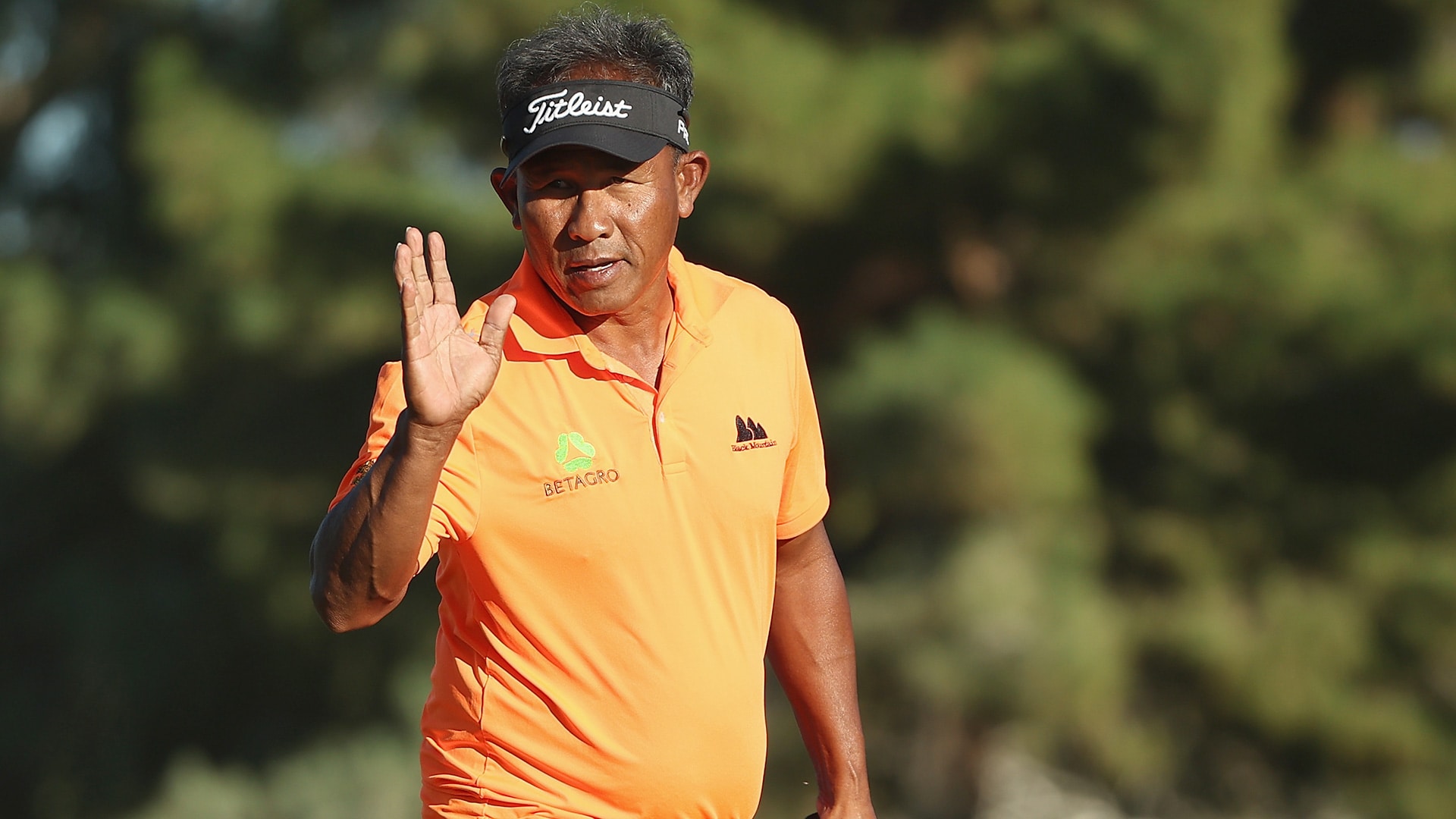 PHOENIX – Thongchai Jaidee treated PGA Tour Champions players and their caddies to a Thai feast on the eve of the Charles Schwab Cup Championship.

Jaidee and his family spent three months planning and preparing a multi-course meal for about 100 people Wednesday at Phoenix Country Club.

Jaidee and his wife, Namfon Latkrathok, came up with the idea about three months ago and wanted to do it earlier in the season, but couldn’t find a place to pull off their massive feast.

At Phoenix Country Club, they had a kitchen that could accommodate a large meal and found a nearby Asian market to get all the ingredients they needed. Jaidiee, his wife, son and caddie worked with a chef to chop, cook and serve the meal.

“My wife and me, it was a very, very busy week,” the 51-year-old from Thailand said.

Jaidee’s meal started with coconut soup, followed by red curry pork. Next was beef with green curry, then 50 pounds of pork ribs with rice.

How good was it?