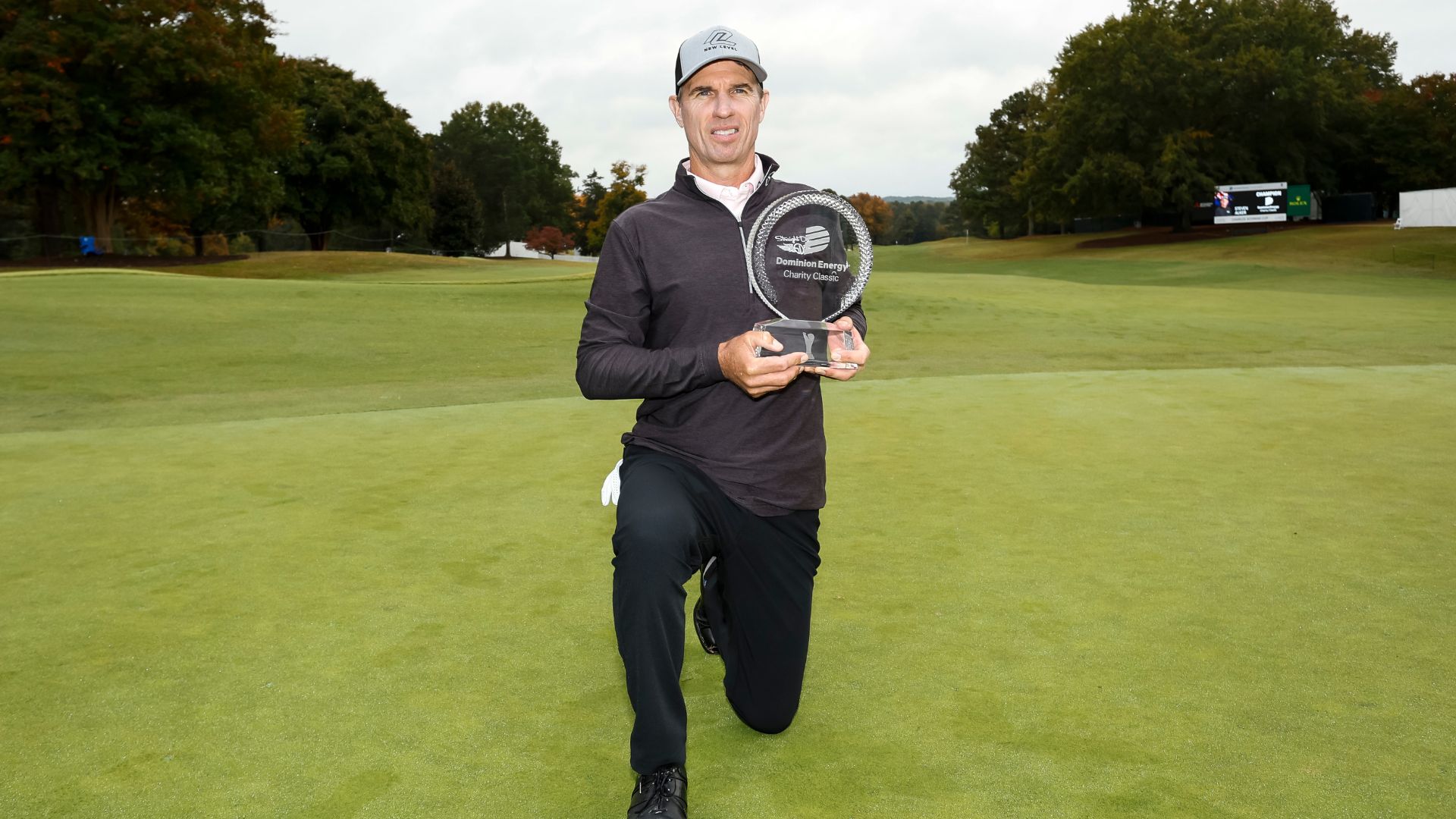 RICHMOND, Va. — Steven Alker birdied three straight holes to break out of a late four-way tie for the lead on Sunday and won the Dominion Energy Charity Classic, the opening event in the Charles Schwab Cup on the PGA Tour Champions.

Alker, who started the tournament as the Schwab Cup leader in the three-event finish to the season, made birdies at Nos. 15, 16 and 17 and beat K.J. Choi by one shot for his fourth victory of the season. That ties Steve Stricker for the most on the tour this season.

Jerry Kelly, who led after each of the first two rounds on the James River Course at the Country Club of Virginia, had the lead until the par-4 15th hole, when his birdie try stopped on the edge of the cup. Playing partners Alker and Padraig Harrington made their putts to pull even at 12 under, and moments later, a hole ahead, Choi also got to 12 under.

“It was a kind of a dogfight down there at the end,” Alker said. “… I was trying not to look at the leaderboard because there’s so many guys just trying to win this golf tournament.”

lker added birdies on the par-5 16th and the par-3 17th, then closed with a tap-in par on the par-5 18th, raising his arms in triumph as it fell, making Choi’s closing birdie good enough only for a runner-up finish.

Kelly, who closed with an even-par 72, Harrington (69) and Doug Barron (69) shared third, two shots behind, with Ernie Els (67) and Brian Gay (69) sharing sixth. Els was one shot back after a birdie at the par-4 11th, but finished with seven consecutive pars.