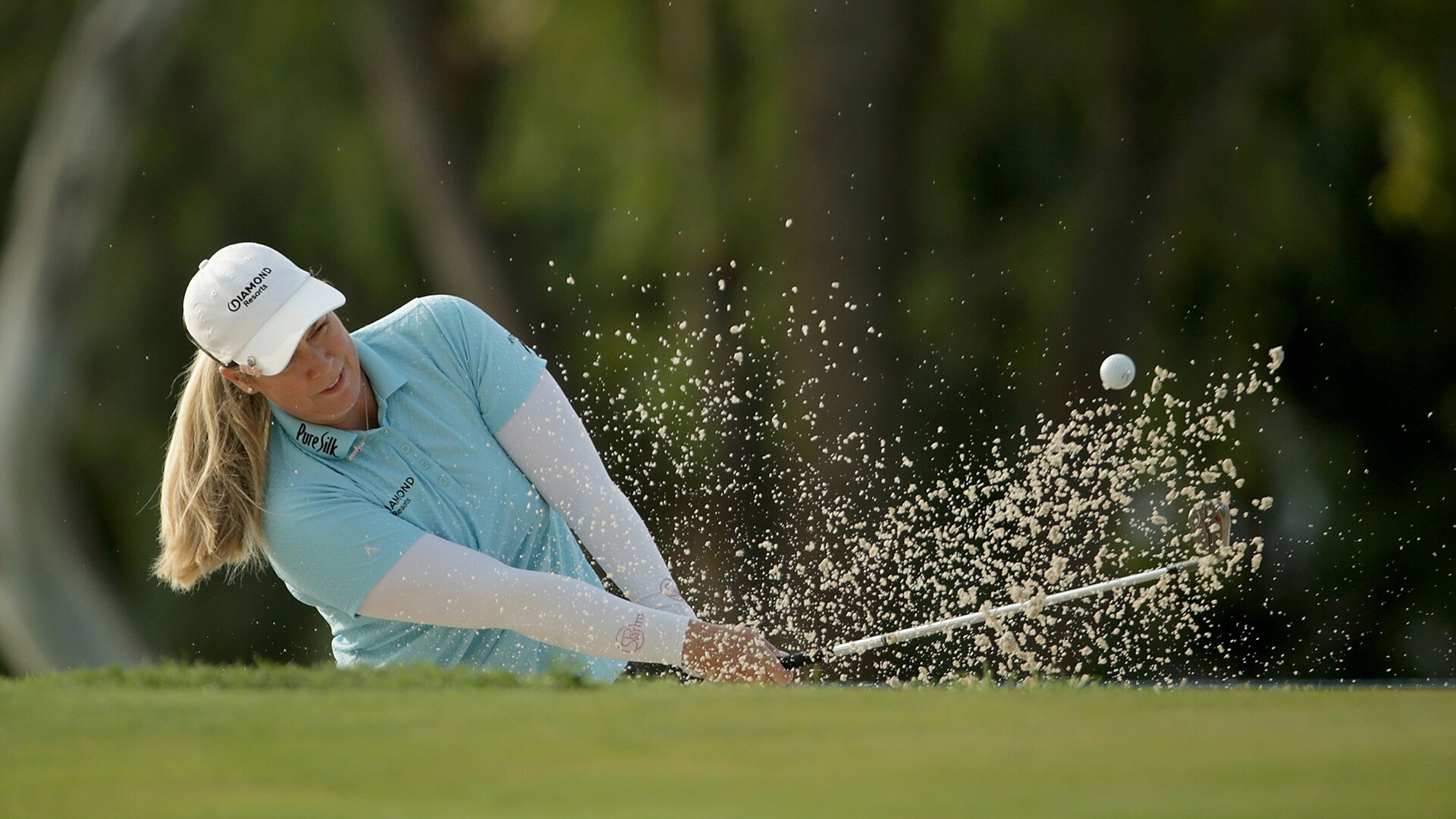 
Brittany Lincicome has never been a relentless ball-beater, not even in her prime, but her practice sessions have been scaled back even more than usual because of a left thumb injury.

Lincicome said that her thumb hurts when she bends it backward – it’s technically an issue with the volar plate, which flares up when she goes after a drive – so she’s been sporting a cast and tape while she plays, as she did Thursday at the ANA Inspiration.

“When I was home I could only hit 20 balls at a time before it was just on fire and I couldn’t hit any more balls,” the two-time ANA winner said after opening with a 3-under 69. “With the plate it just doesn’t allow it to bend back too far, and it’s pain-free.”

Before the LPGA restarted in July, Lincicome thought she was headed for surgery until she found a doctor in Orlando, Florida, who designed the brace. “Now I’m pain-free but learning to play with all the tape on and the brace on,” she said. “I finally think I figured it out this week.”

Still, Lincicome, 34, has to manage her workload, playing only nine holes Monday, Tuesday and Wednesday. “Everyone in my group, they’re like, ‘Are you playing 18 today?’ I’m like, ‘No, that’s too many holes,’” she said. Before her opening round, she hit balls for only about 20 minutes. That’s her new normal.

Driving the ball in the fairway is a priority this week at Mission Hills, which in the summer months has thick Bermuda rough that swallows up errant tee shots. Even those with Lincicome’s power have to play conservatively out of the rough.

“Bermuda is not my favorite,” she said.

That’s a strange thing for someone who lives in Florida to say, no?

“I don’t practice at home,” she said, “so I try to stay away from the Bermuda.”