↓ Skip to Main Content
Home › Blog › Tiger Woods, Charlie back up to T-8 with closing 65 at PNC

Tiger Woods, Charlie back up to T-8 with closing 65 at PNC 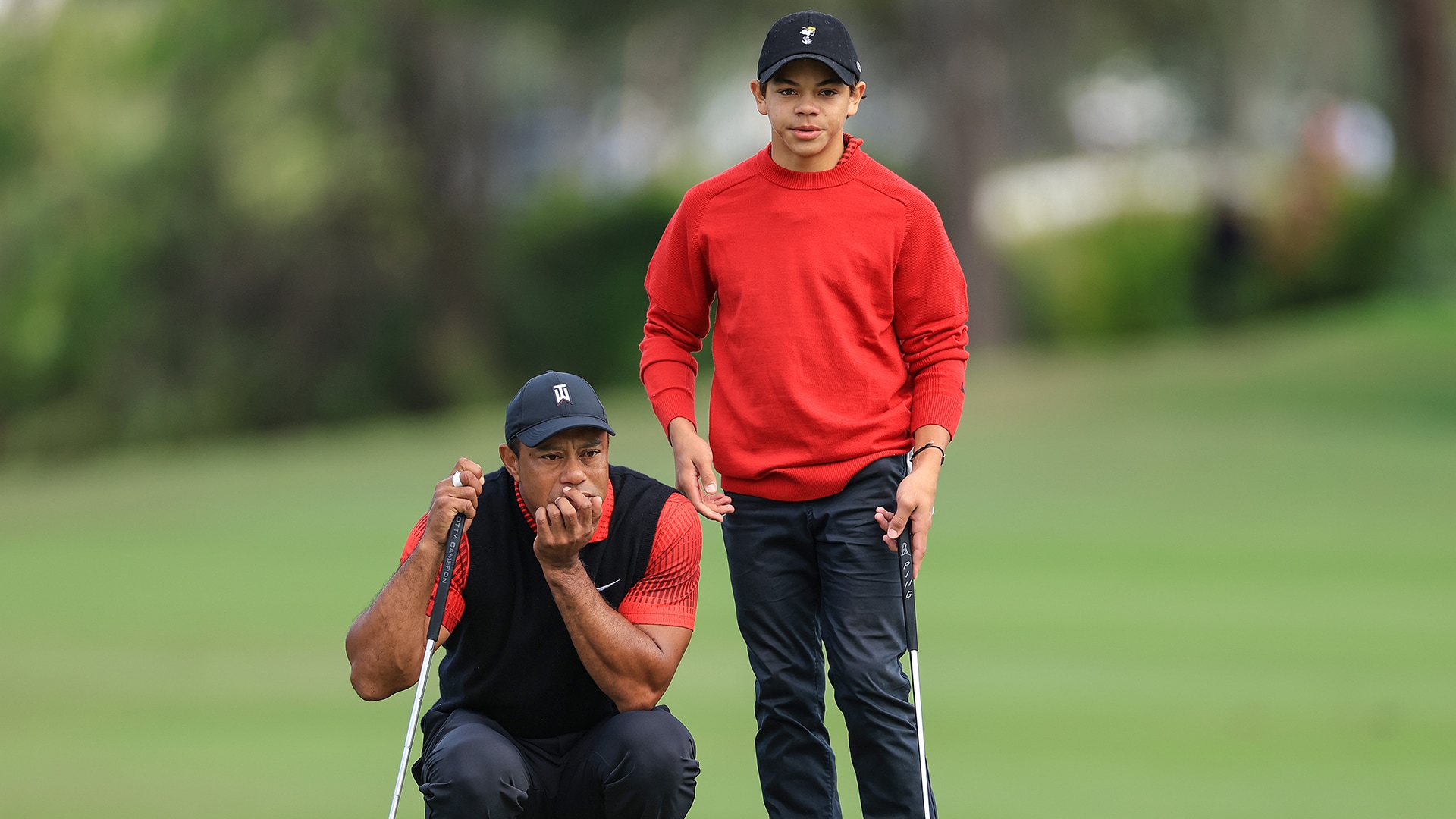 Tiger Woods and his son, Charlie, began Sunday’s final round of the PNC Championship just two shots off the lead and paired in the final group with the leaders, Justin Thomas and his father, Mike.

Neither team stepped on the final green with a chance to win.

Vijay Singh and his son, Qass, fired a second straight 59 to win the title at 24 under, two shots better than defending champs John Daly and John Daly II (59) and Team Thomas (63). Team Woods (65) ended up six back and tied for eighth.

A day after posting a 59 of their own, Tiger and Charlie only carded seven birdies and an eagle while also bogeying Nos. 7 and 17 in the scramble format.

Tiger rolled in a 5-footer to kick off the scoring, but both he and Charlie missed 4-footers for birdie at the next. Team Woods posted birdie at the par-5 third after neither could convert a 30-footer for eagle, but they got their eagle at No. 5 for the second consecutive round as Tiger found the green in two from 200 yards or so and Charlie rolled in the 12-footer.

Effectively knocking them out of contention, Tiger and Charlie wouldn’t notch anything better than par again until the back nine, which they opened with birdie after Tiger pitched from 40 yards to 8 feet and Charlie converted the putt at No. 10.

Two holes later, Charlie rolled in another birdie putt, this time from 15 feet.

Arguably the coolest shot of the day came at the par-4 13th, where Tiger nearly spun his pitch back into the hole for eagle.

“That was saucy,” Tiger said right after the shot, which set up a tap-in birdie.

Team Woods capped their final round with a birdie-bogey-birdie finish. Tiger stuffed his tee ball at the par-3 16th as Charlie rinsed his shot. They each three-putted the penultimate green. And Charlie caps a two-putt birdie at the last to wrap up he and his dad’s third PNC appearance.