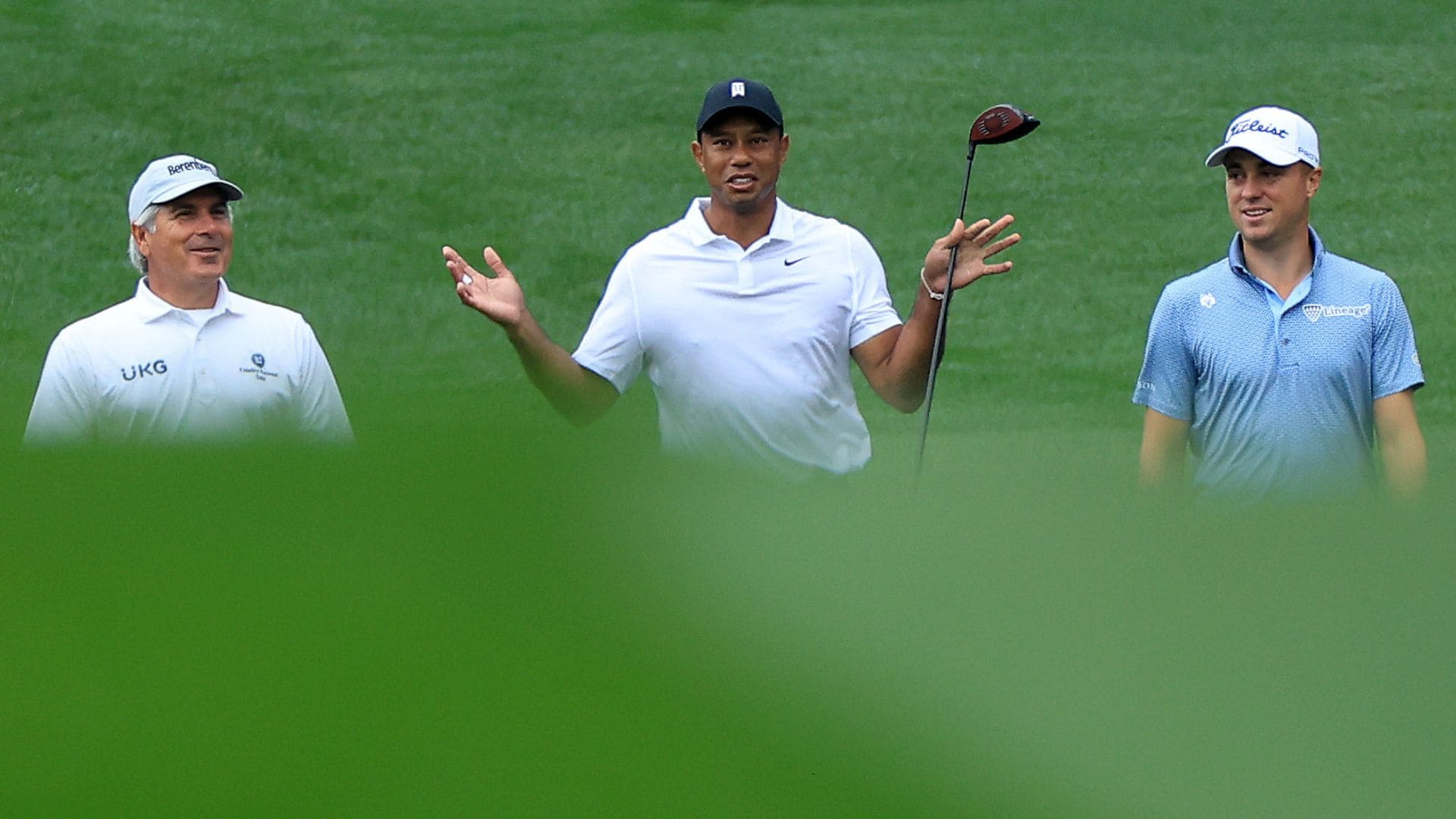 
In the thick of the NFL season and baseball’s postseason, Tiger Woods was riveted by another sporting event last Sunday.

Fred Couples put on a clinic in the final round, carding a dozen birdies en route to a 12-under 60 that notched him his first victory in over five years.

However, during the game, Thomas’ phone rang — and it was Woods.

Fred Couples broke his age by three shots with the lowest round of his PGA Tour Champions career.

Thomas was happy Couples was winning, but he and Woods were not on the same page.

“Last I looked he was like 9 or 10 under, he was winning by a million,” Thomas said. “No offense to Fred, love him to death, but he was going to win. I was more interested in watching the football game. So I turned it on and watched (Couples) stripe it off [the] 18 tee, stiff an iron shot and make the putt.”

Though Thomas wasn’t glued to the television during Couples’ victory like Woods was, Thomas still made sure to give the 1992 Masters winner a congratulatory call.

“Talked to (Couples) some after,” Thomas said. He jokes this is the best putting week of his life. We kept saying to him, ‘You keep playing like that, you’ll be just fine at the Masters next year, you’ll be able to start playing Tour events again.’ He’s the best. He’s so fun to be around and just joke with. I was — I mean, it’s pretty cool to do what he did at what, 63 years old? I should say 63 years young. We’re all happy for him.”