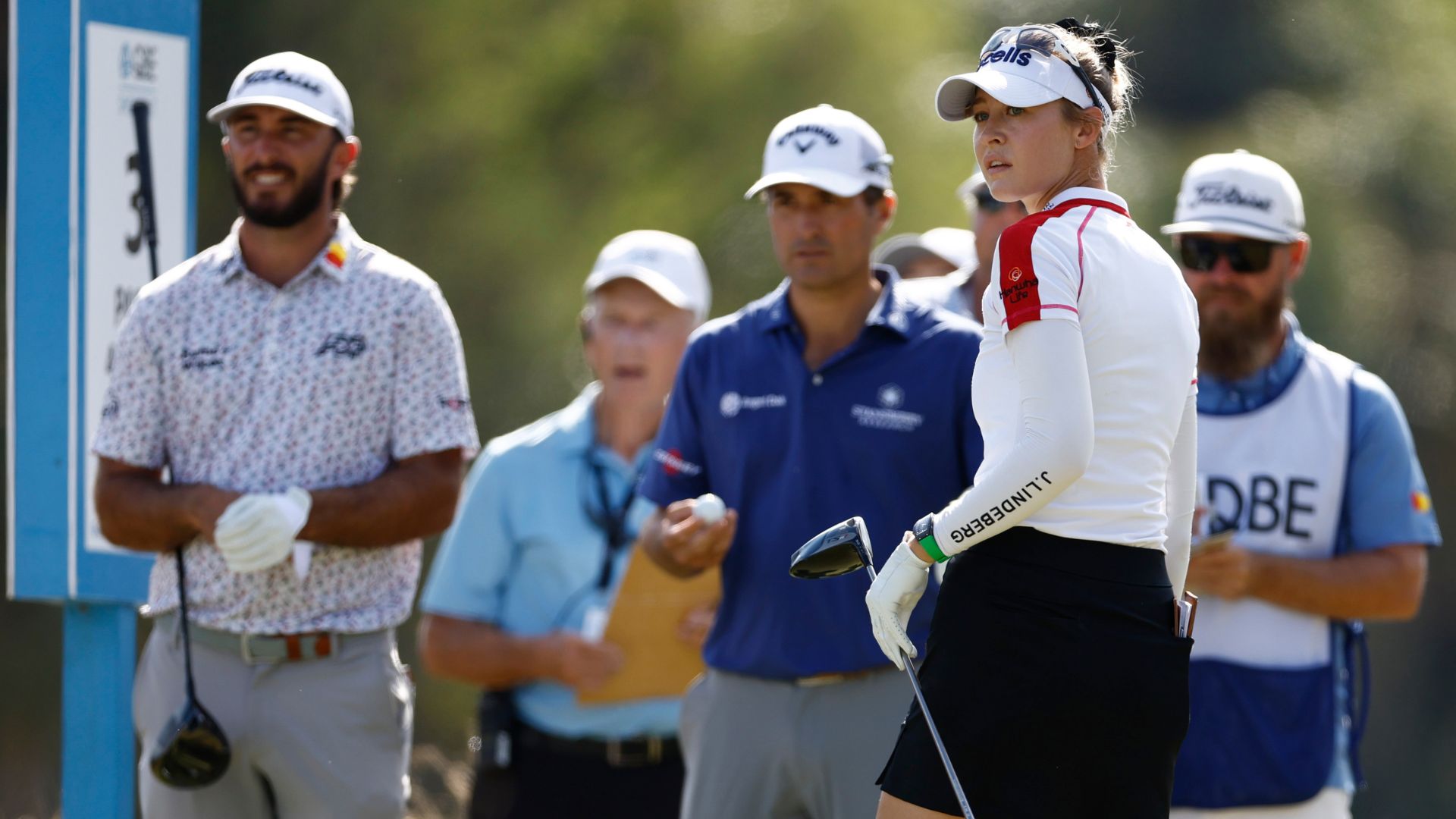 Nelly Korda is playing this week’s QBE Shootout, giving PGA Tour pros a chance to see her game up close and personal.

And to say that two of the Tour’s most notable stars are impressed with what they saw might be an understatement.

“[Max Homa and I] talked about it all day. I think I called her the Tiger Woods of the LPGA Tour at one point,” said Kevin Kisner, who’s partnered with Homa and played alongside Korda and Denny McCarthy on Day 1 of the QBE Shootout.

Full-field scores from the QBE Shootout

Homa added: “It was a little bit outrageous.”

Kisner: “She drove it down the middle.”

Homa: “And chipped it great, so I don’t know how she does not win every week. It’s a testament to these other ladies that anyone can even sniff beating her because that was wildly impressive.”

To Homa’s and Kisner’s disbelief, Korda only recorded one LPGA win in 2022, the Pelican Women’s Championship, which rose her to No. 1 in the world again (she’s currently No. 2 behind Lydia Ko).

“I asked her out there if she wins every tournament,” Kisner said.

Homa: “Up for debate. She said Lydia gets them all. I think they would have a nice battle.”