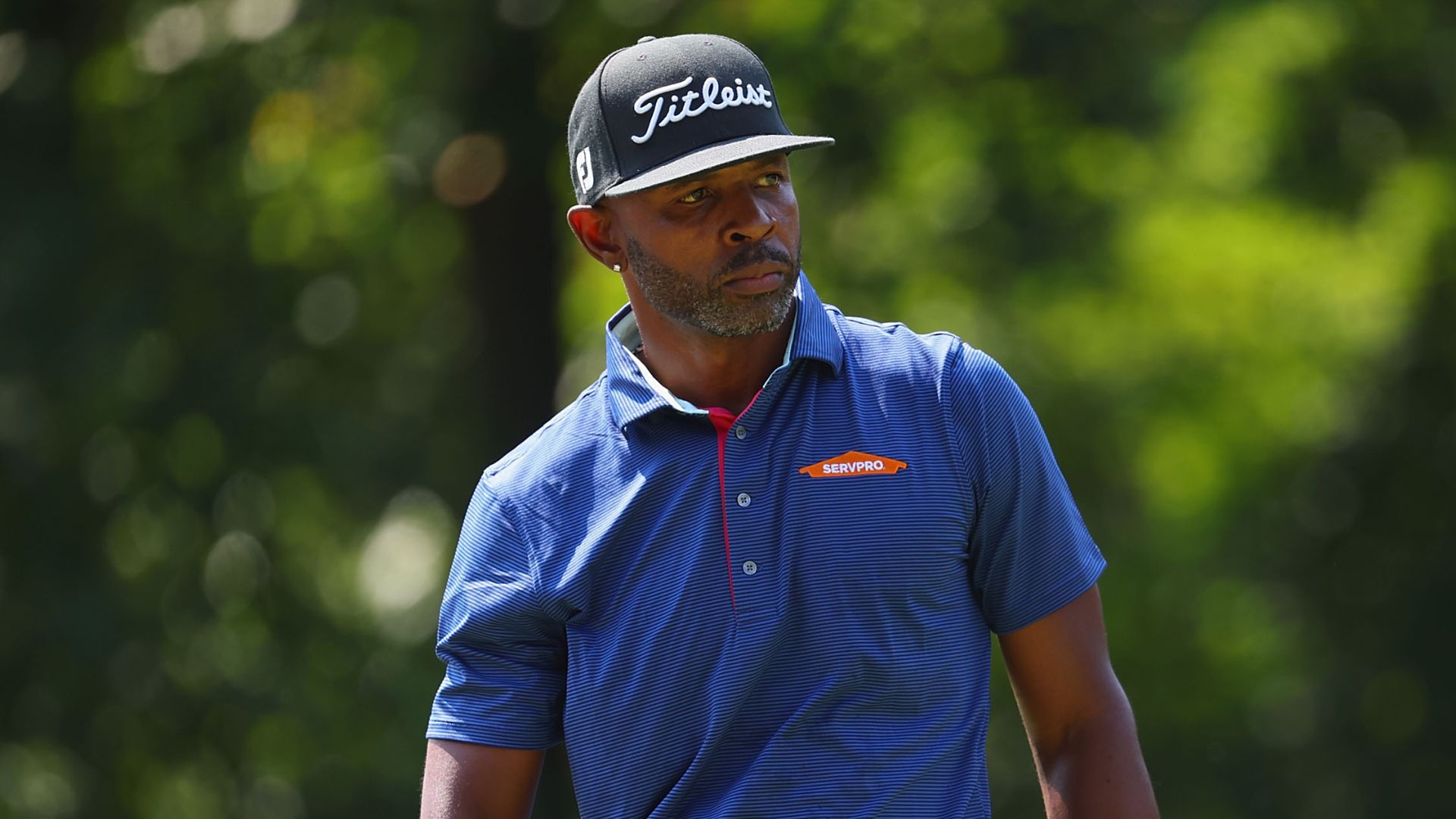 Even though his first crack at PGA Tour Champions Q-School went as he hoped.

O’Neal, who turned 50 in August, has played professional golf for nearly two decades, with 154 Korn Ferry Tour starts and three PGA Tour Latinoamerica wins. The Savannah, Georgia, native has notably played on the APGA Tour — a non-profit circuit dedicated to diversifying golf — since its inception in 2010 and is considered the tour’s elder statesman.

However, his PGA Tour dreams never came to fruition, partly due to several heartbreaks at PGA Tour Q-School.

In 2000, O’Neal, leading in the final round, bogeyed No. 17 and then unaware that he was only a stroke inside the qualifying number, doubled No. 18 to miss out on gaining his card. In ’04, he again missed notching his card by one stroke.

Eighteen years later, in his first trip to PGA Tour Champions’ Q-School, — considered the most difficult to earn status, with 78 players vying for five cards — O’Neal placed T-3 and reversed his Q-School curse.

“(I proved) that I can play under pressure and get through Q-School,” O’Neal told PGATour.com. “I’ve been going to a lot of Q-Schools over the years, and for me to get status in my first time going is huge. But I’ve been putting in the hard work, and I’m always trying to get better.”

In one of golf’s toughest tests, five players have earned full PGA Tour Champions status for 2023 at the Final Stage of Q-School.

However, throughout the tournament, he was fighting his Q-School demons.

“Every day when I teed off, every shot,” he said when asked to pinpoint his peak nerves. “Q-School’s a different animal, very nerve-racking. It’s never easy. It’s not like a regular tournament; you’re just trying to hold on for dear life or make as many birdies as possible.”

Earlier this year, O’Neal earned two PGA Tour Champions exemptions, calling it his “new beginning.” He finished T-33 at the Ascension Charity Classic and T-19 at the PURE Insurance Championship.

In 2023, he’ll look to build on those experiences week in and week out with full status, a feat O’Neal can’t believe he now holds.

“Man, I’m really at a loss of words,” O’Neal said while posing for a group photo with the four other Q-School graduates, according to PGATour.com. “I’ve been going to Q-School for a long time, and for me to get status, my first year going to Champions tour Q-School, just crazy happy right now. I’m at a loss for words, but it’s been a long time coming for me.”

Though O’Neal finally made it through Q-School, it’s still not an experience he particularly enjoys.

“I’m glad that this is over and that next year I’ll be playing the Champions tour,” he said.

And a standout PGA Tour Champions career can prevent him from enduring those Q-School nerves again.